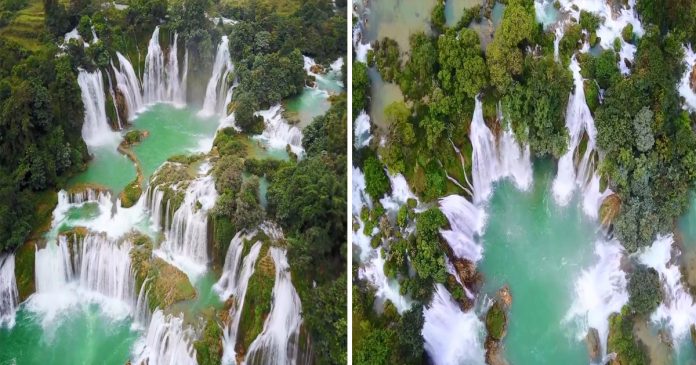 Right after Niagara Falls, Victoria Falls and Iquazu Falls, Vietnam and China share the fourth largest waterfall in the world. Ban Gioc-Detian Falls is more than just a wonder of nature.

Ban Gioc waterfall might not be the highest waterfall in the country, but it is the widest 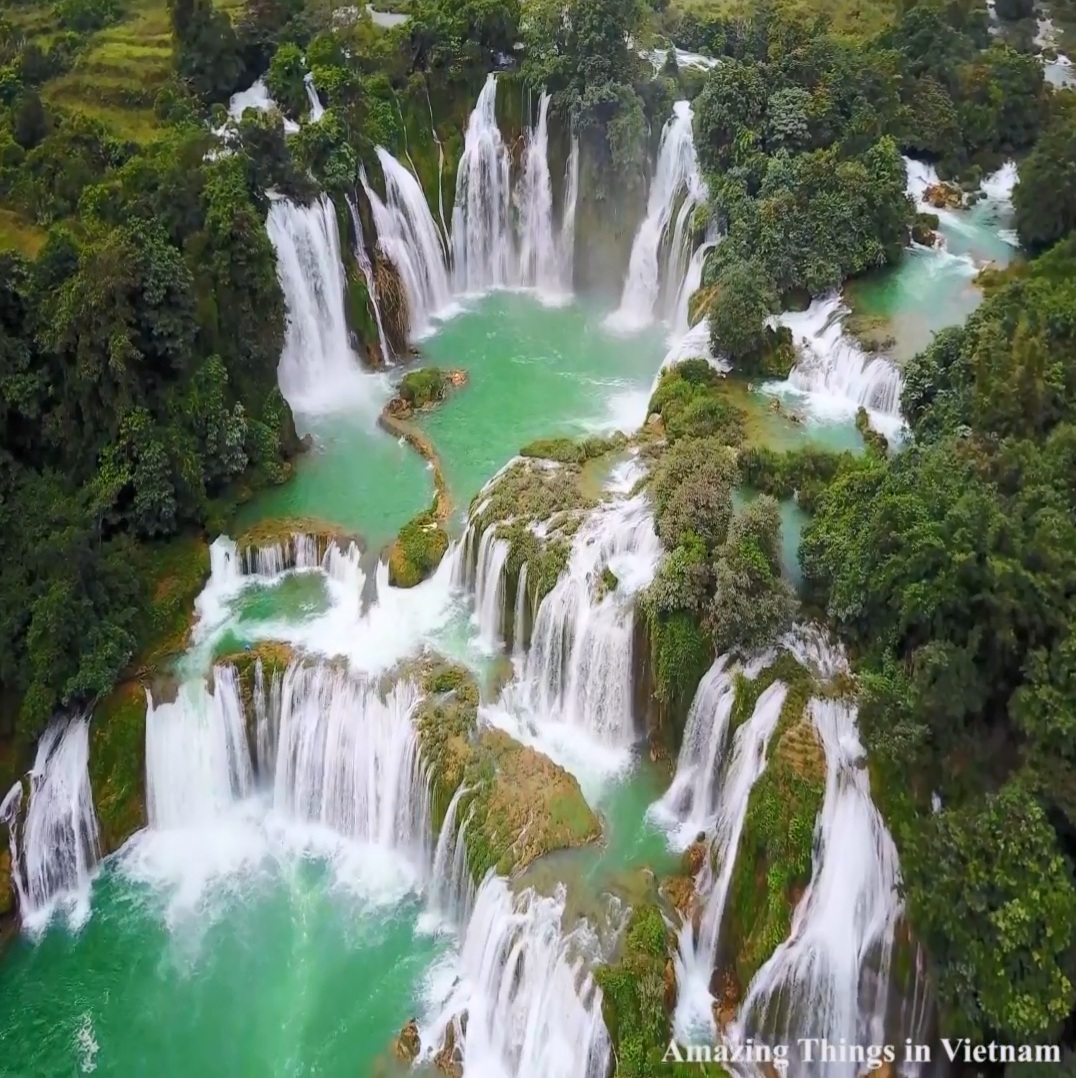 Standing at 30 metres high, the waterfall spans over 300 metres in width making it into one of the most outstanding waterfall sights in the world.

Also known as Ban Gioc-Detian Falls, this waterfall makes peace between Vietnam and China as it sits on the countries’ borders 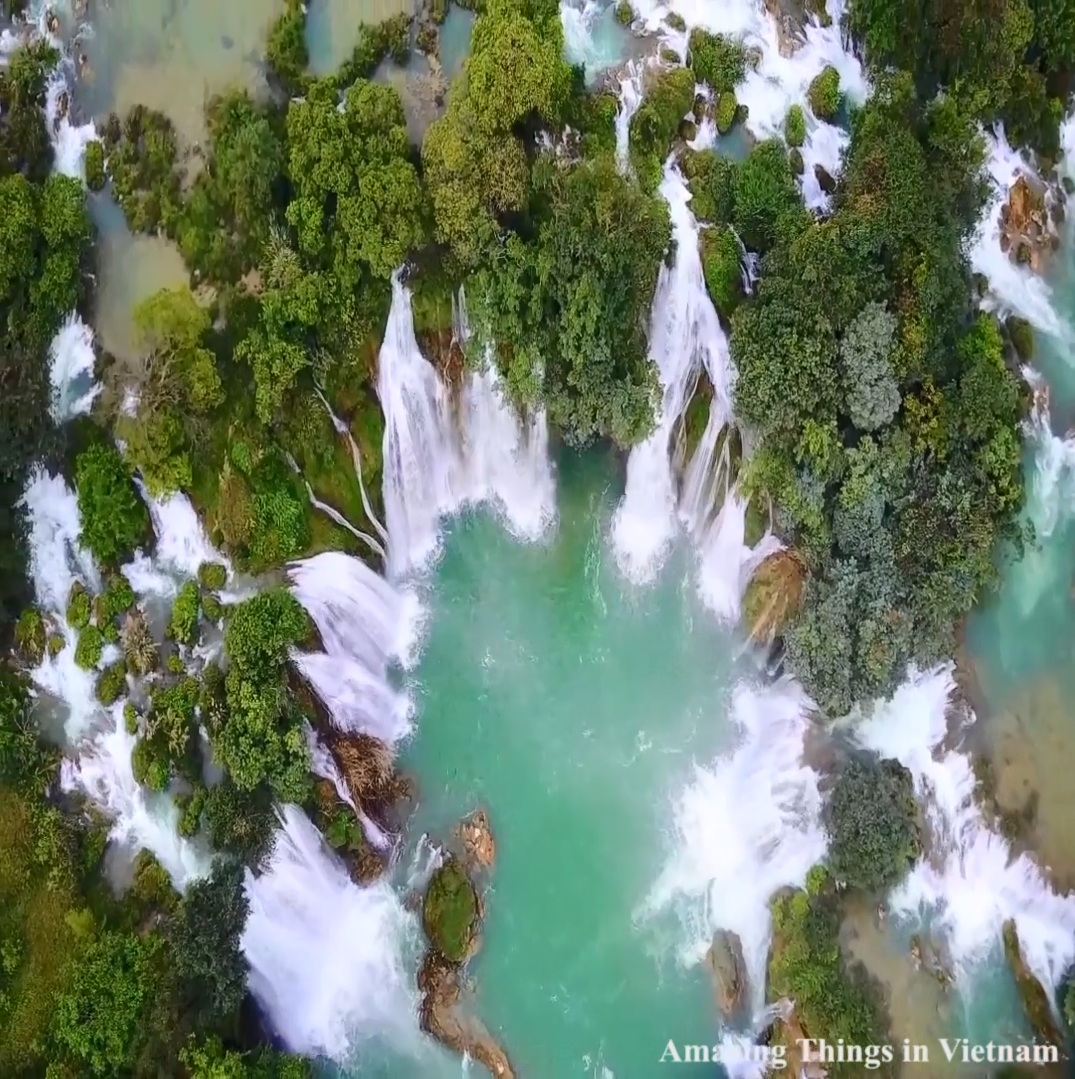 These two countries had disputes over claiming the waterfall as part of their nations. Until now, it has not been defined. 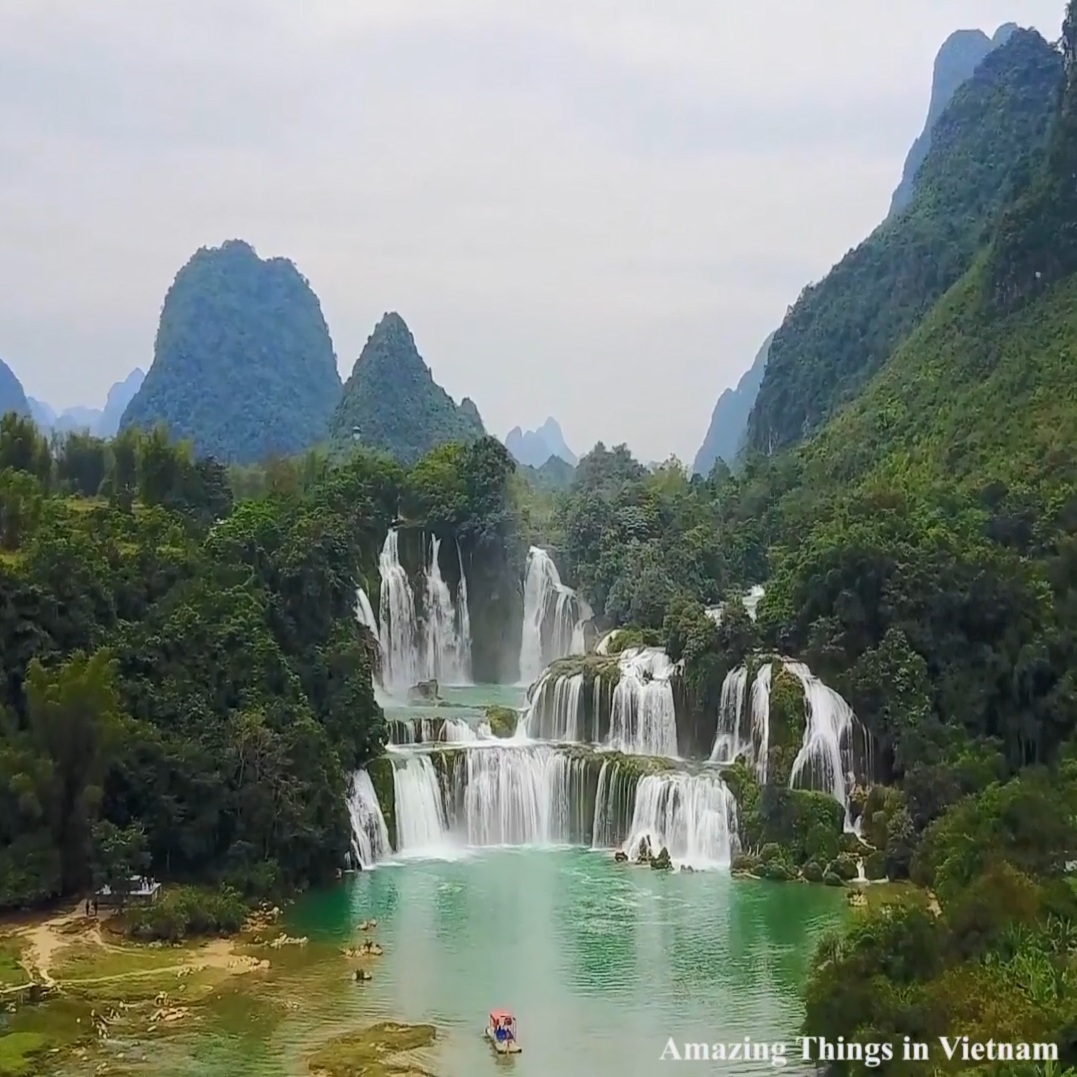 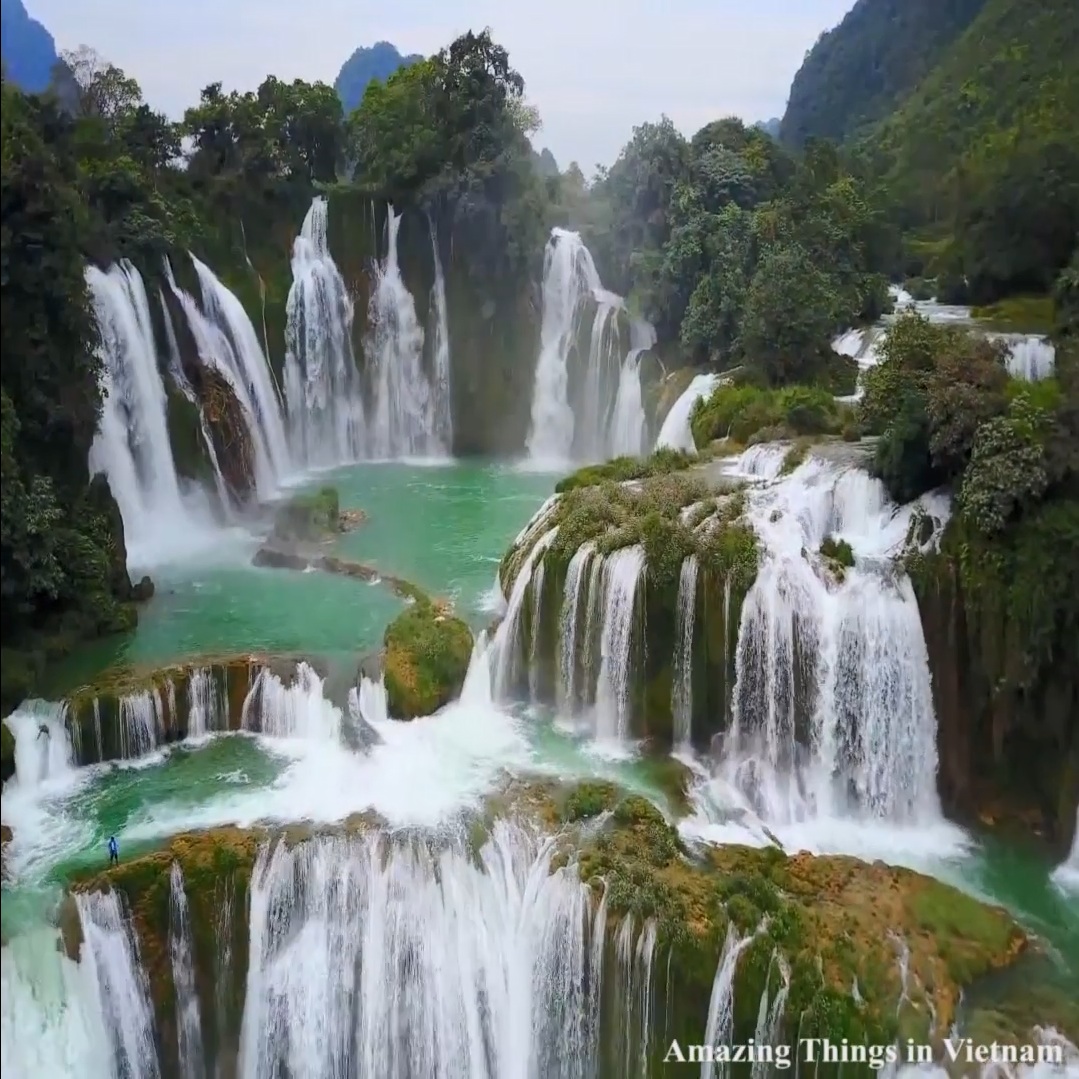 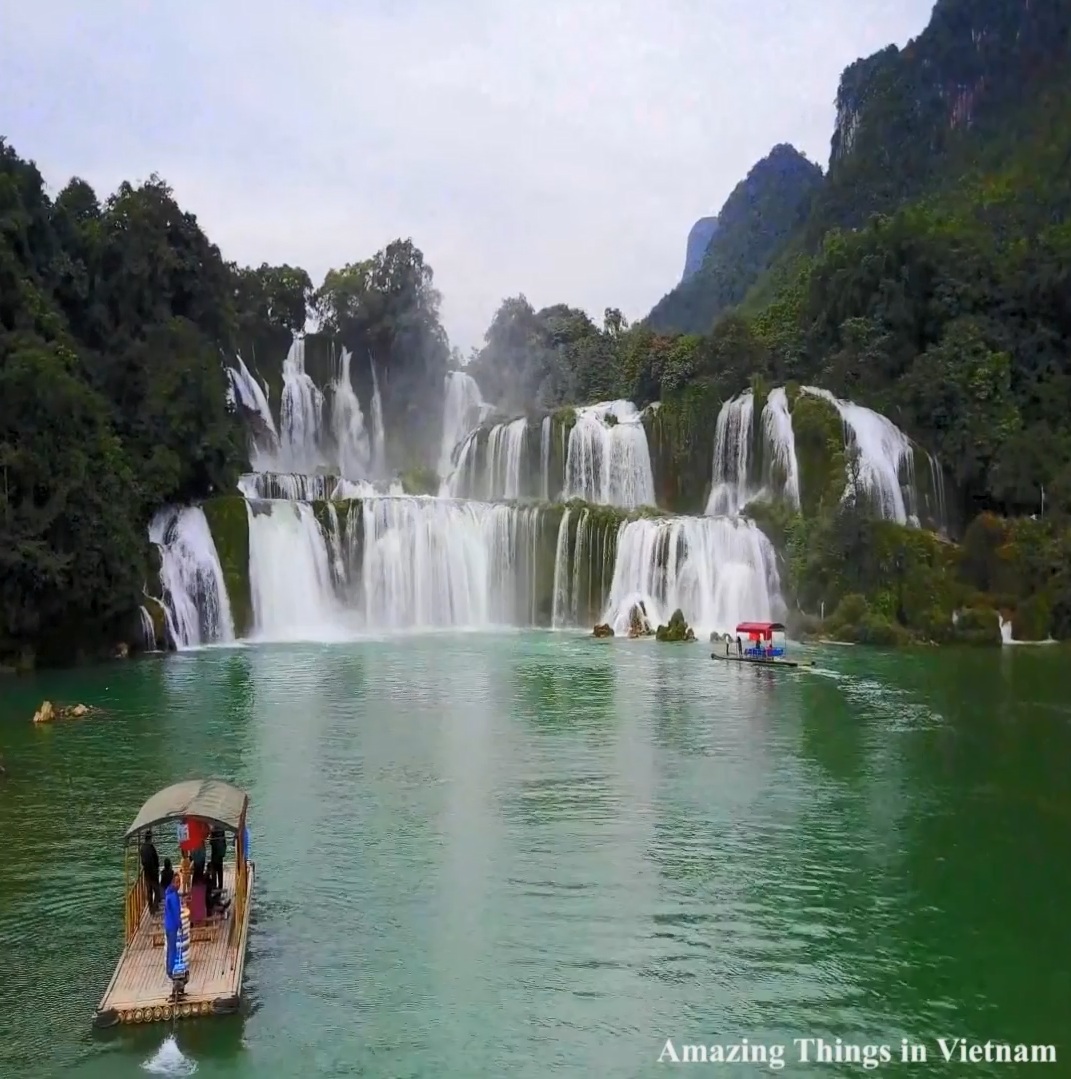 In the past, the waterfall is used as a crossing point for Chinese soldiers during the Sino-Vietnamese War.

But all is good now, there are even Vietnamese vendors who would approach China tourist boats to sell their wares!

Located around 360km from main city Hanoi in Vietnam, Ban Gioc waterfall is a road less taken for tourists as of now because of its distance from major tourist destinations. But definitely in no time, this blue jade waterfall will be known as the Niagara Falls of Asia!