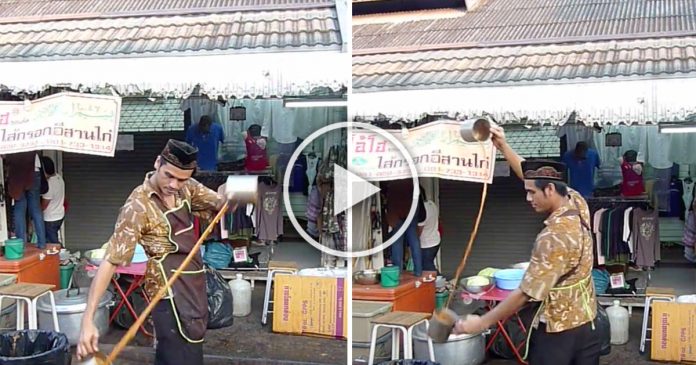 Can you guess a staple drink in Asia? Yes, it is tea! Not only limted to the British, Asians enjoy tea very much that there are many variations of it across the region.

Teh tarik–which could be literally translated to ‘pulled tea’–is a popular drink in Malaysia. Besides, the art of making a perfectly brothed teh tarik require some serious skills and technique!

A market vendor in Bangkok’s biggest weekend market, Chatuchak, shows how teh tarik is truly done in his country.

Dressed in traditional batik and songkok as their uniform, a guy started by holding two big metal cups with the milk tea inside 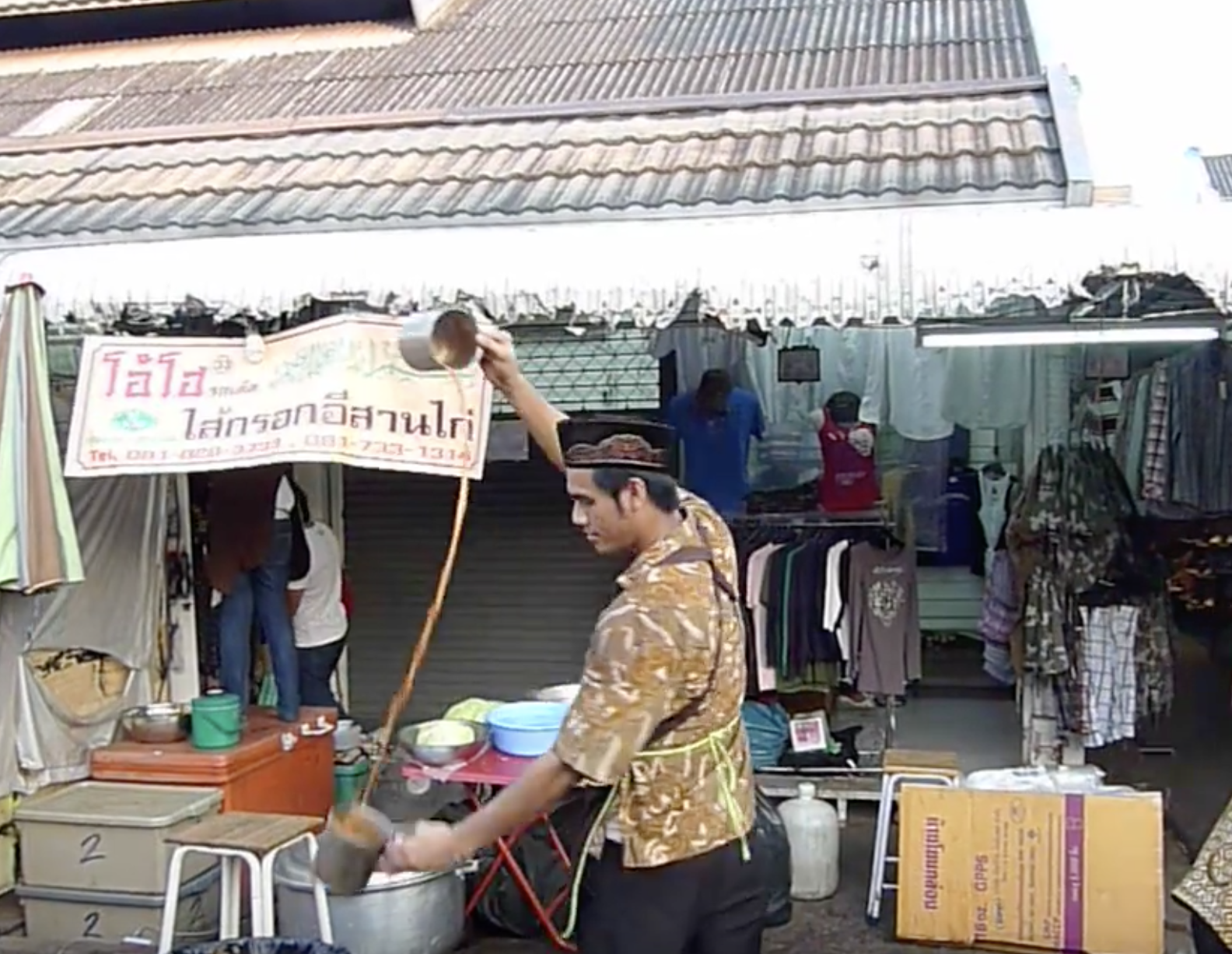 Turns out, this similar art in Malaysia is practiced by this Thai man who does it so seamlessly in perfection.

Known as teh tarik in Malaysia, the Thais called it ‘Charchuck’ 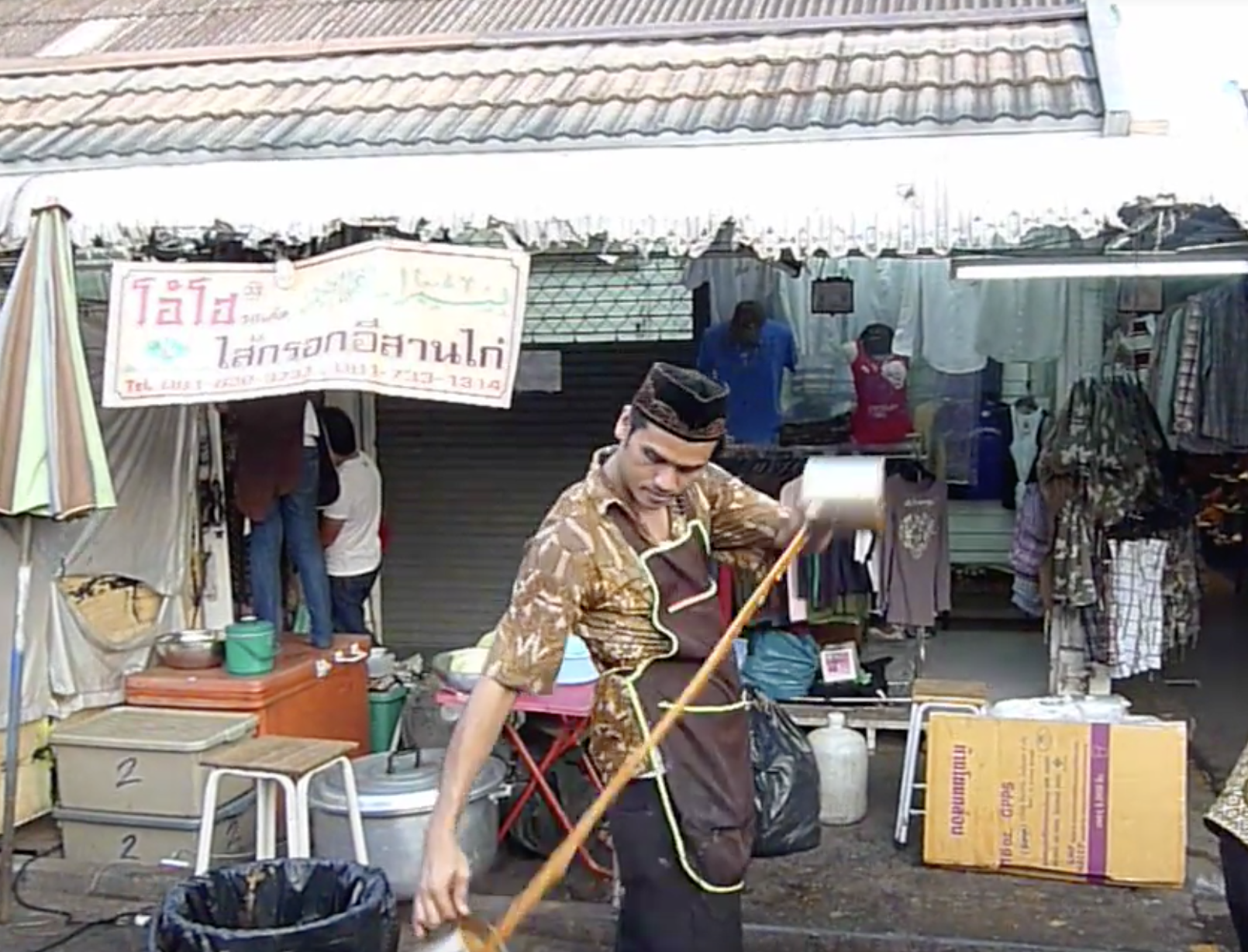 This street vendor started turning left and right, bending high and low in pulling the tea by pouring it from one cup to another.

With the crowd watching, he even stepped up his game by doing an ice-skating body twisting move while pouring tea across the air 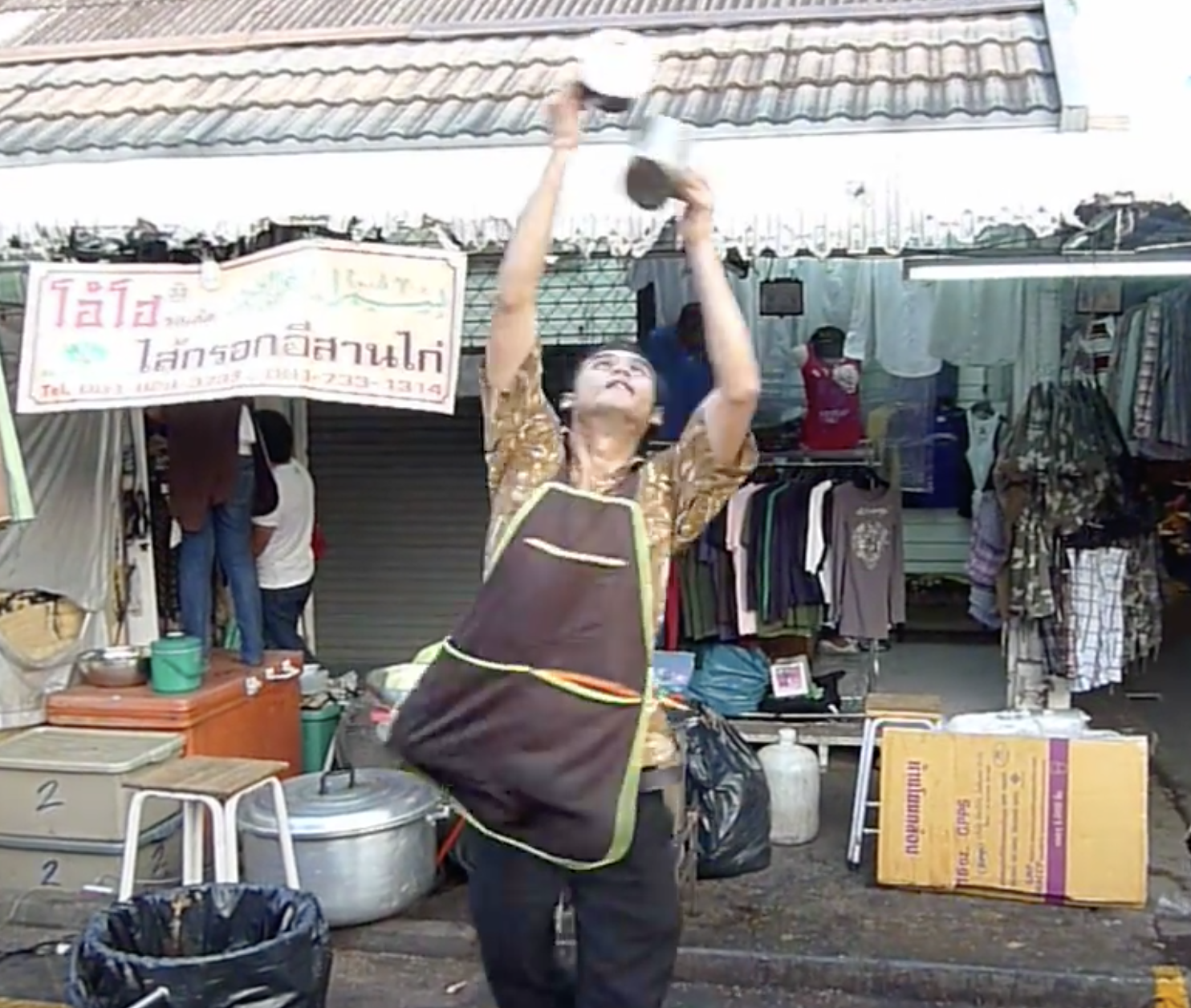 Amazingly, all of this is done without a single drop of tea on the floor! 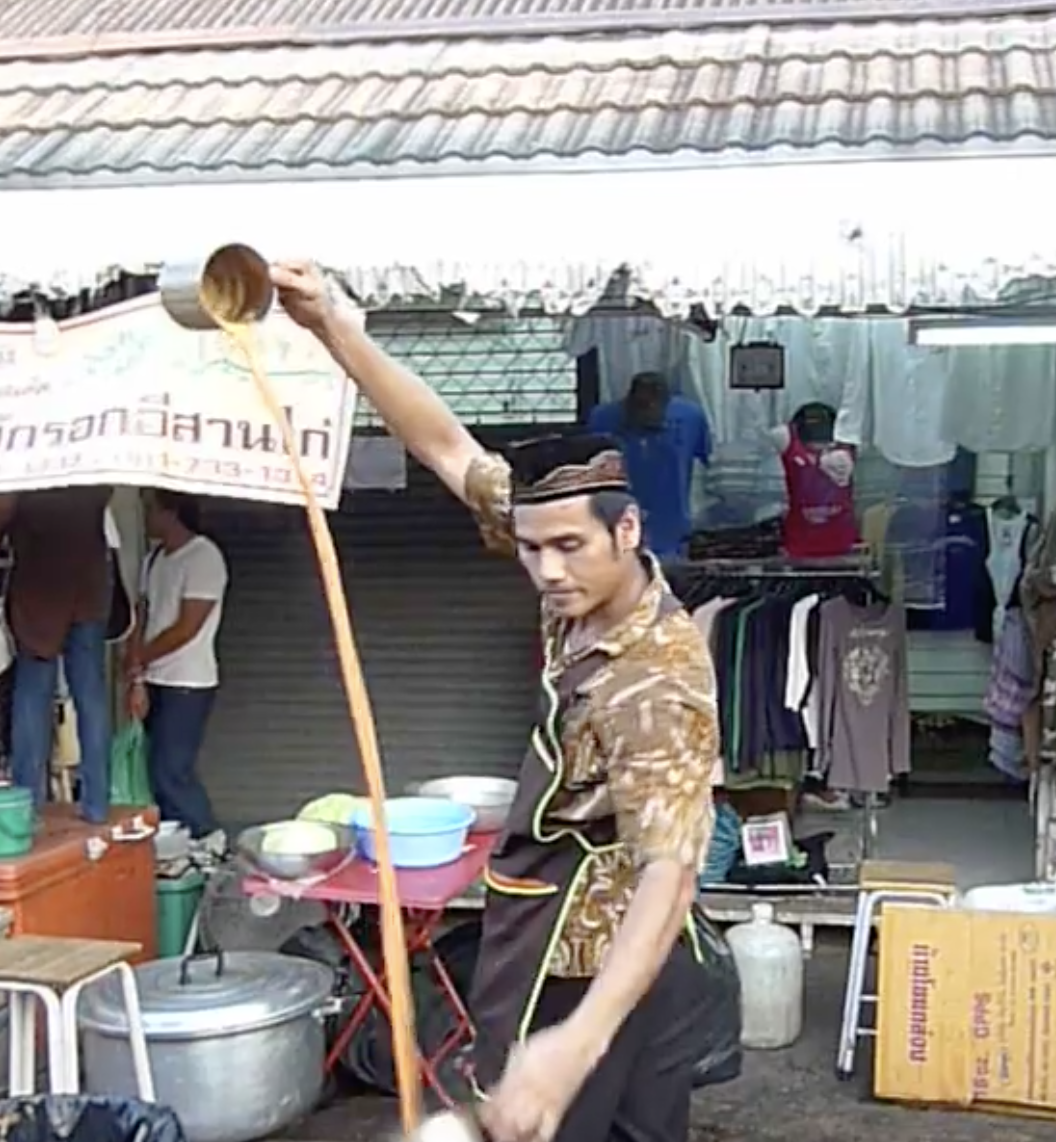 This man deserves an award for his audacity in such colourful tea pulling technique! He truly makes the ordinary to be unique as it is normally used to cool the drinks much quicker and to blend the condensed milk in the tea.

Tell us if you would die to taste it after watching the video: