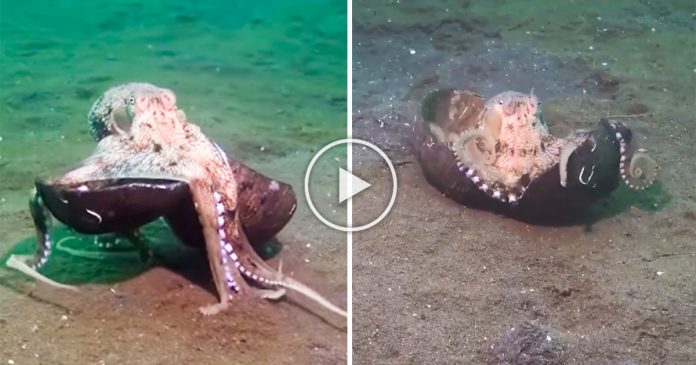 In 2015, a hilarious footage of an octopus using a broken coconut shell as a shield against predators has got the entire world burst into laughter.

In the video, the octopus is caught carrying coconut shells when it is exploring the area to hide from potential predators. 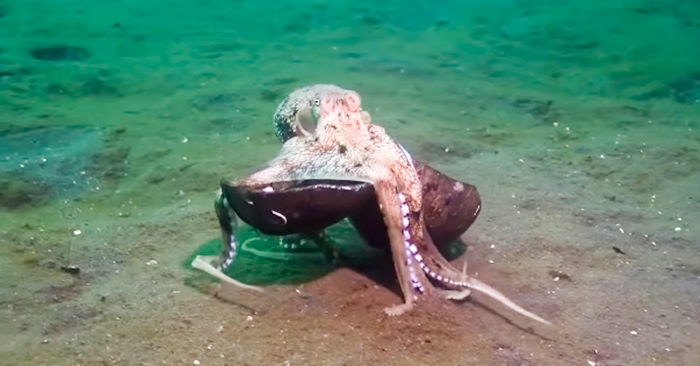 Julian Finn, a researcher from the Victoria Museum in Australia who was among the first to see the footage said that it nearly killed him.

“I almost drowned laughing when I saw this the first time,” Finn commented in an interview with BBC.

This month, one photographer managed to capture the same sight of an octopus recreating the viral footage of the octopus in a coconut shell

However, the latest photo of an octopus using a tool to protect itself shows a striking difference to the previous footage.

In fact, it is heartbreaking

The heartbreaking photo reveals a lot about how severe plastic pollution is.

It is predicted that more plastics than fish in the ocean by 2050.