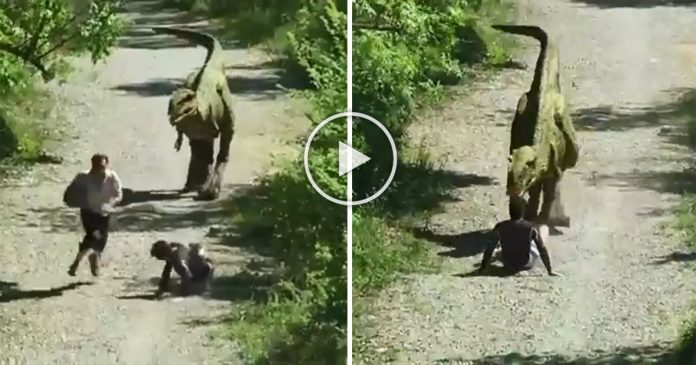 Have you ever thought about how the world would look like if dinosaurs were still around?

Well, this one lucky jogger knew how it feels like to see a dinosaur wandering around in a park!

In the hilarious prank, one man can be seen jogging on the track in a park when suddenly a man sprints pass him as frantically trying to escape from something 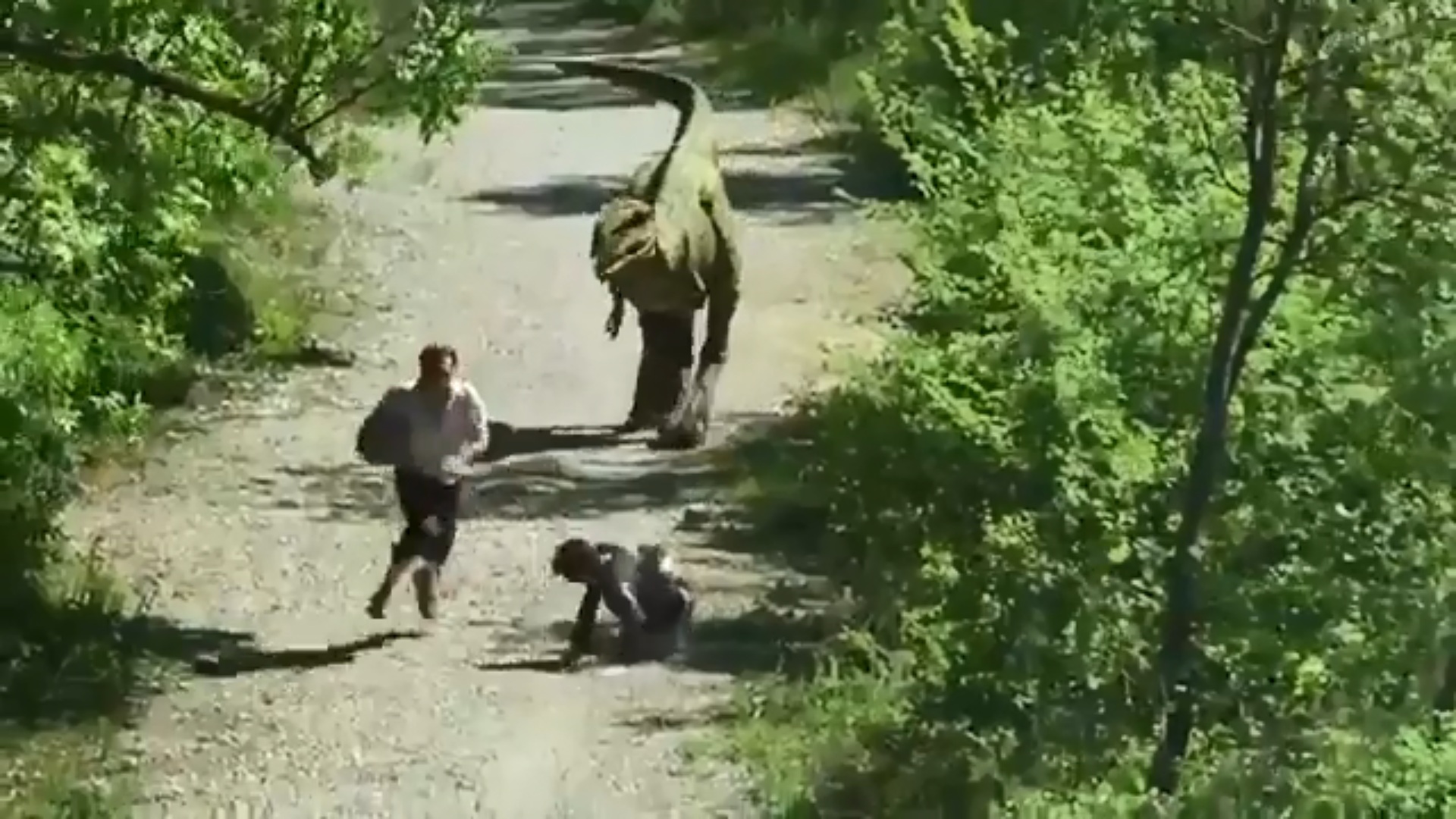 The man who wears a full khaki outfit sprints passes the jogger while trying to balance a huge egg in his hands.

Apparently, the man has just stolen an egg and the egg is the dinosaur’s who is running on full speed right behind him to retrieve the egg back 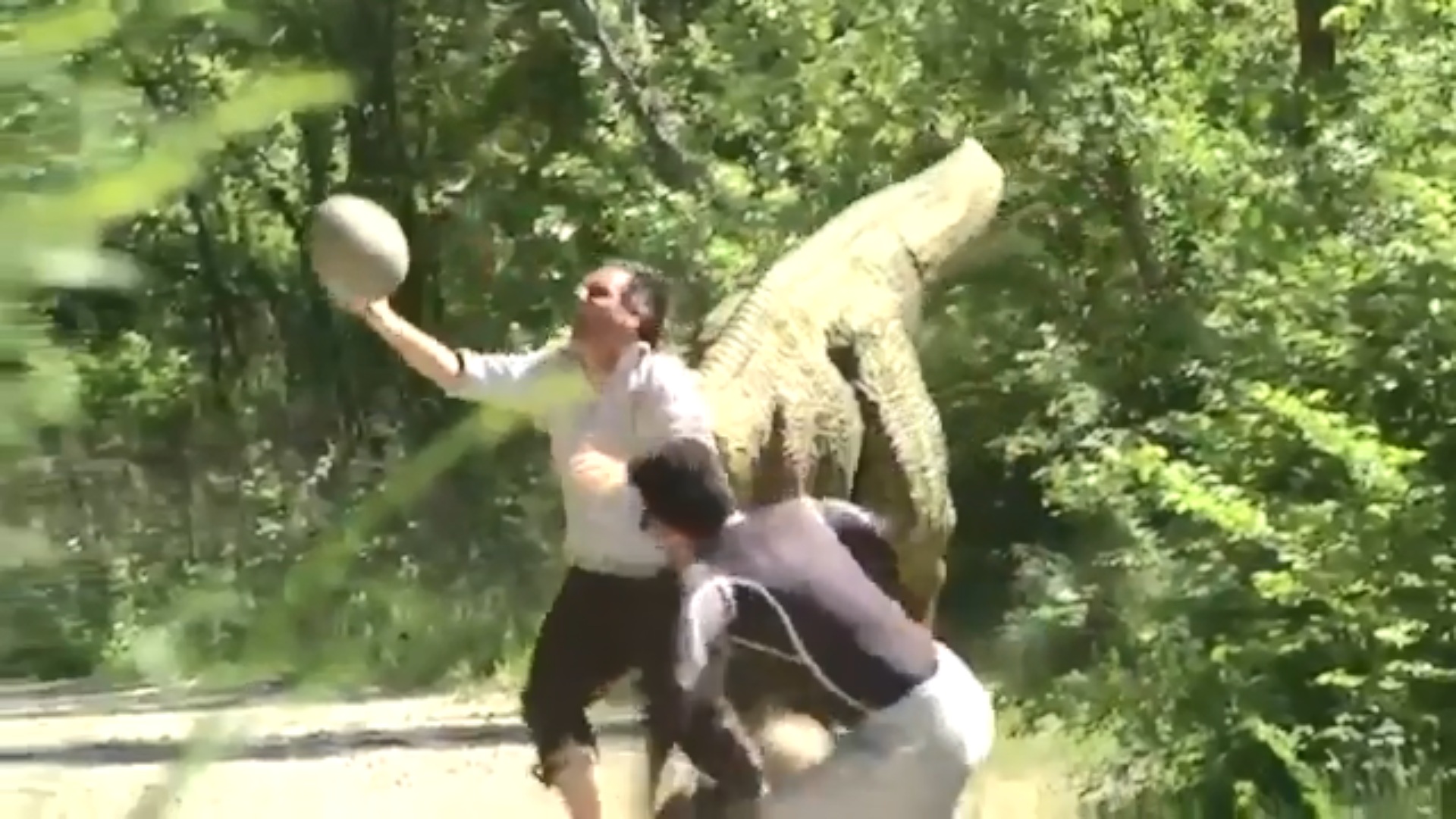 Of course, the unusual and surprising sight of a dinosaur chasing after a human takes the jogger by surprise that he accidentally tumbles to the ground while his eyes are glued to the dinosaur 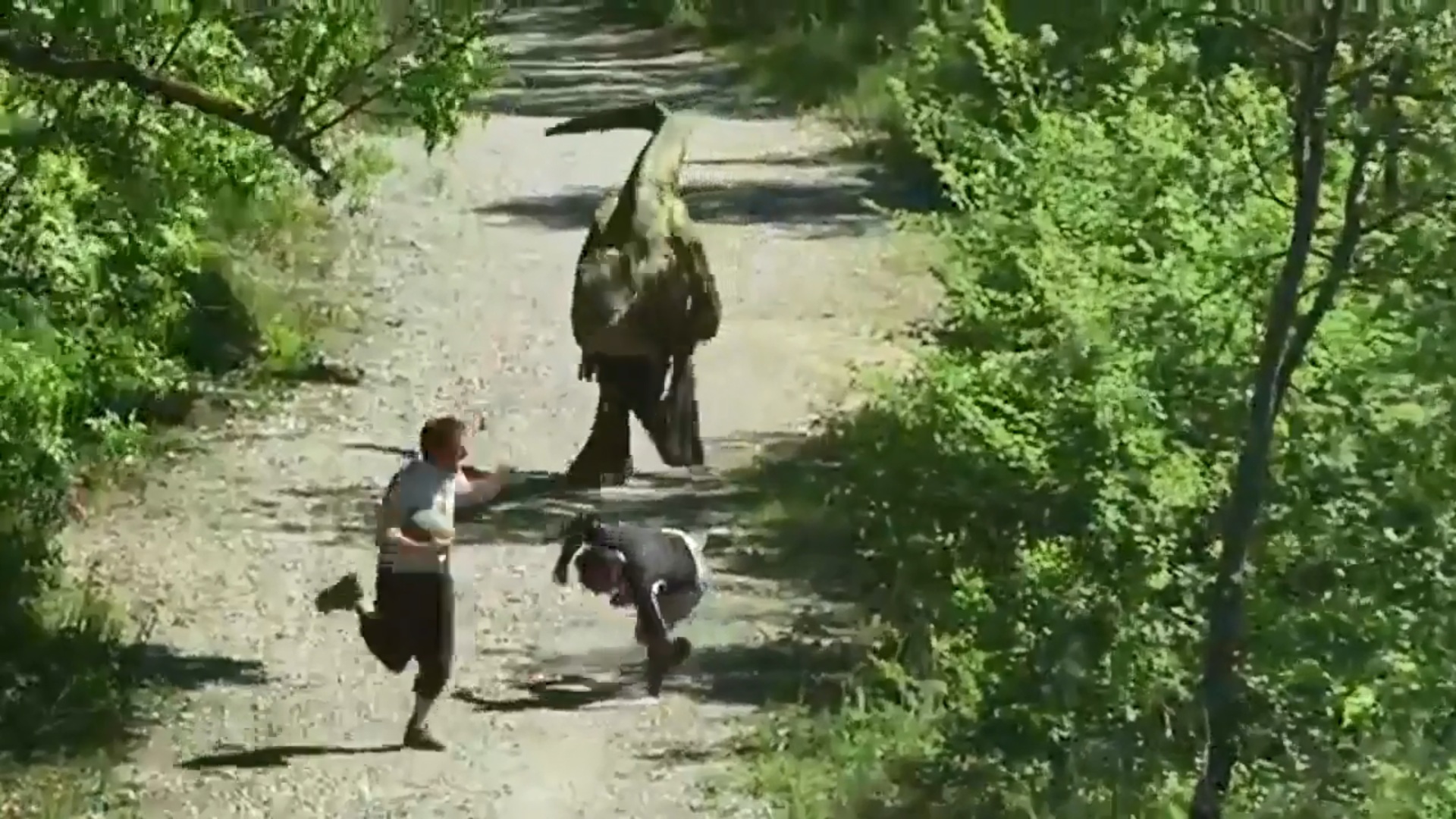 Meanwhile, the man who steals the egg is off to escape somewhere out of the camera’s view 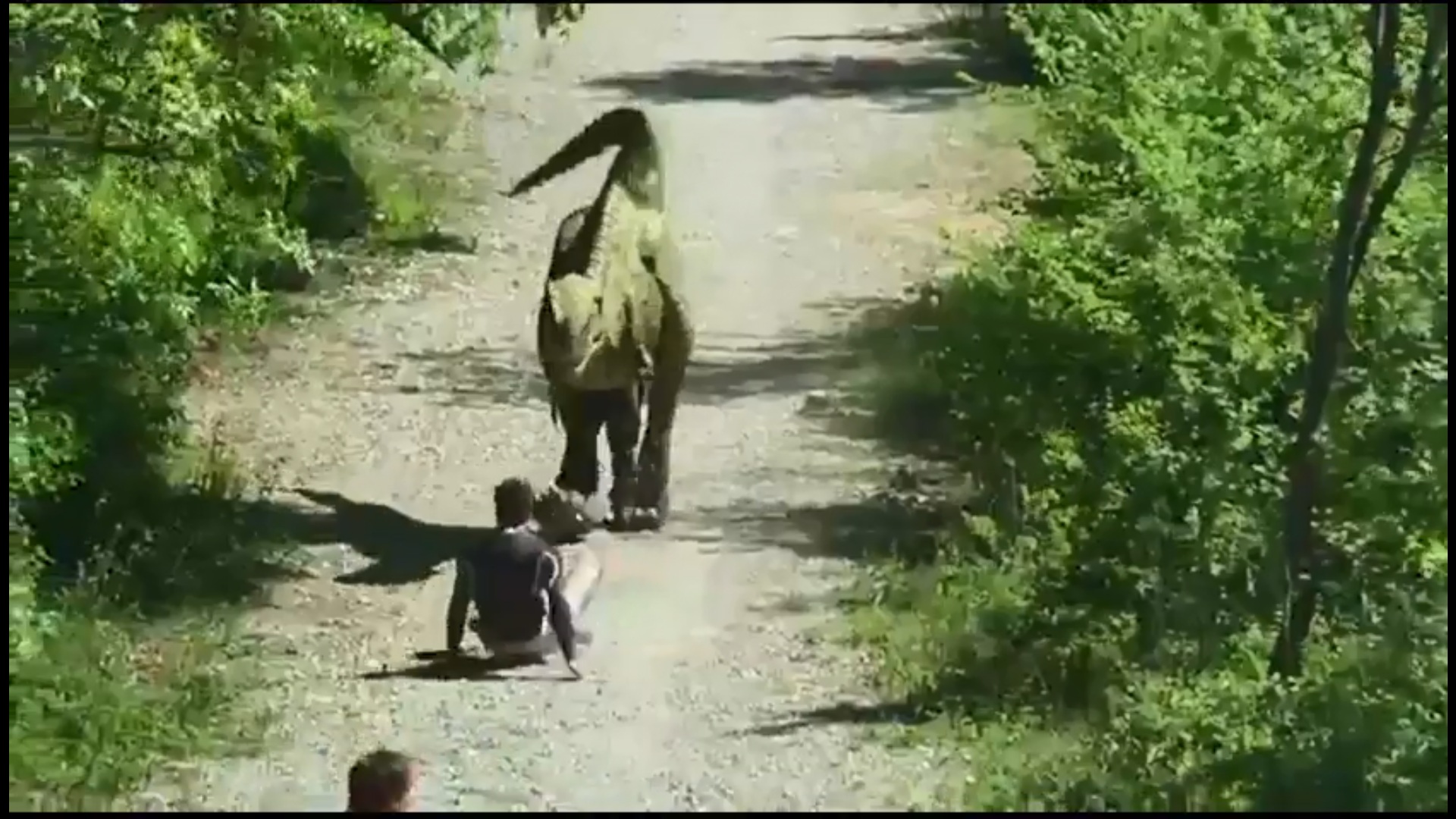 Even when he falls to the ground, the jogger cannot move on from the dinosaur that he begins to move backward with his hands! 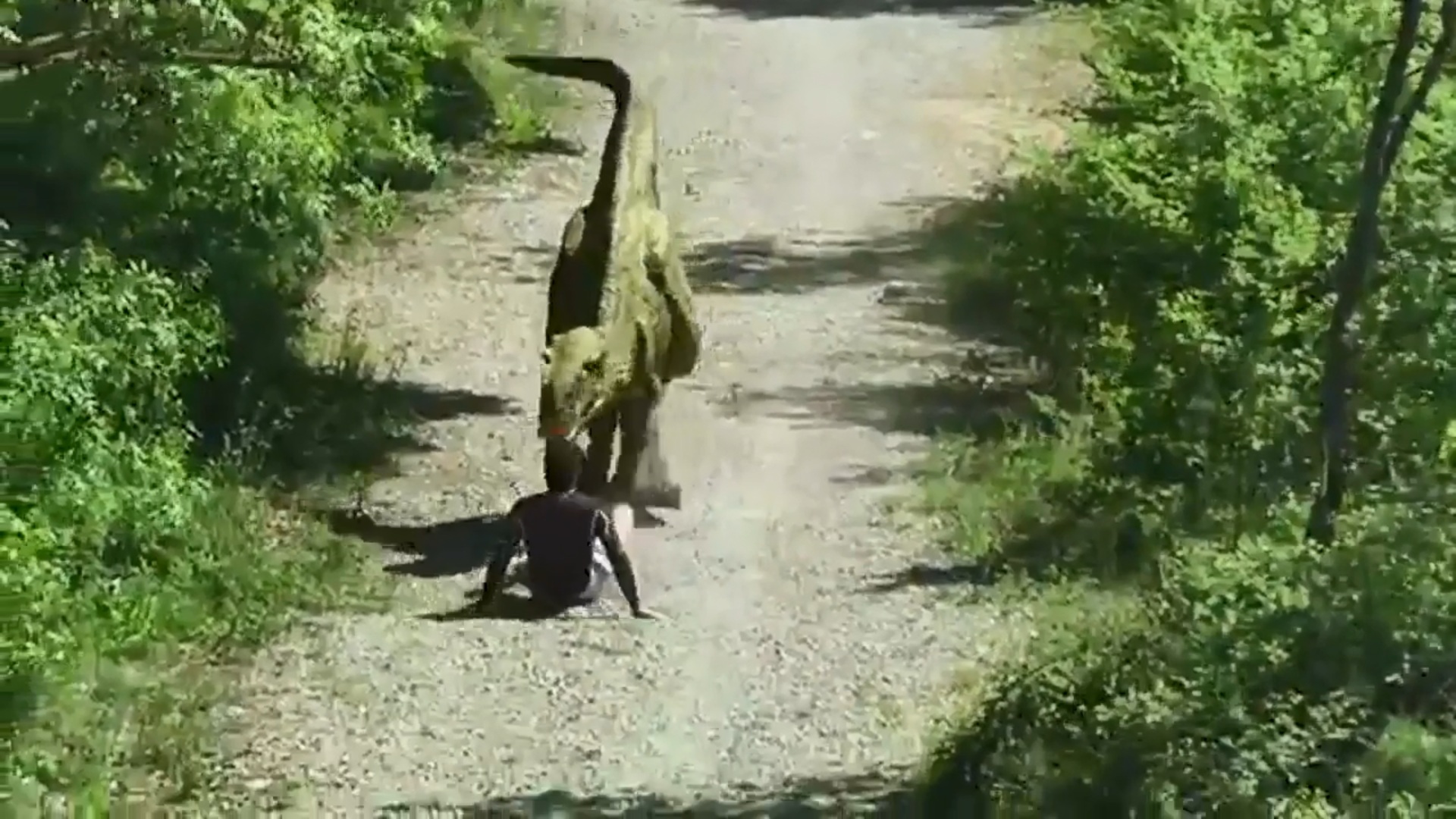 At one moment of the video, the man later can be seen running to a stream of water to escape from the beastly monster 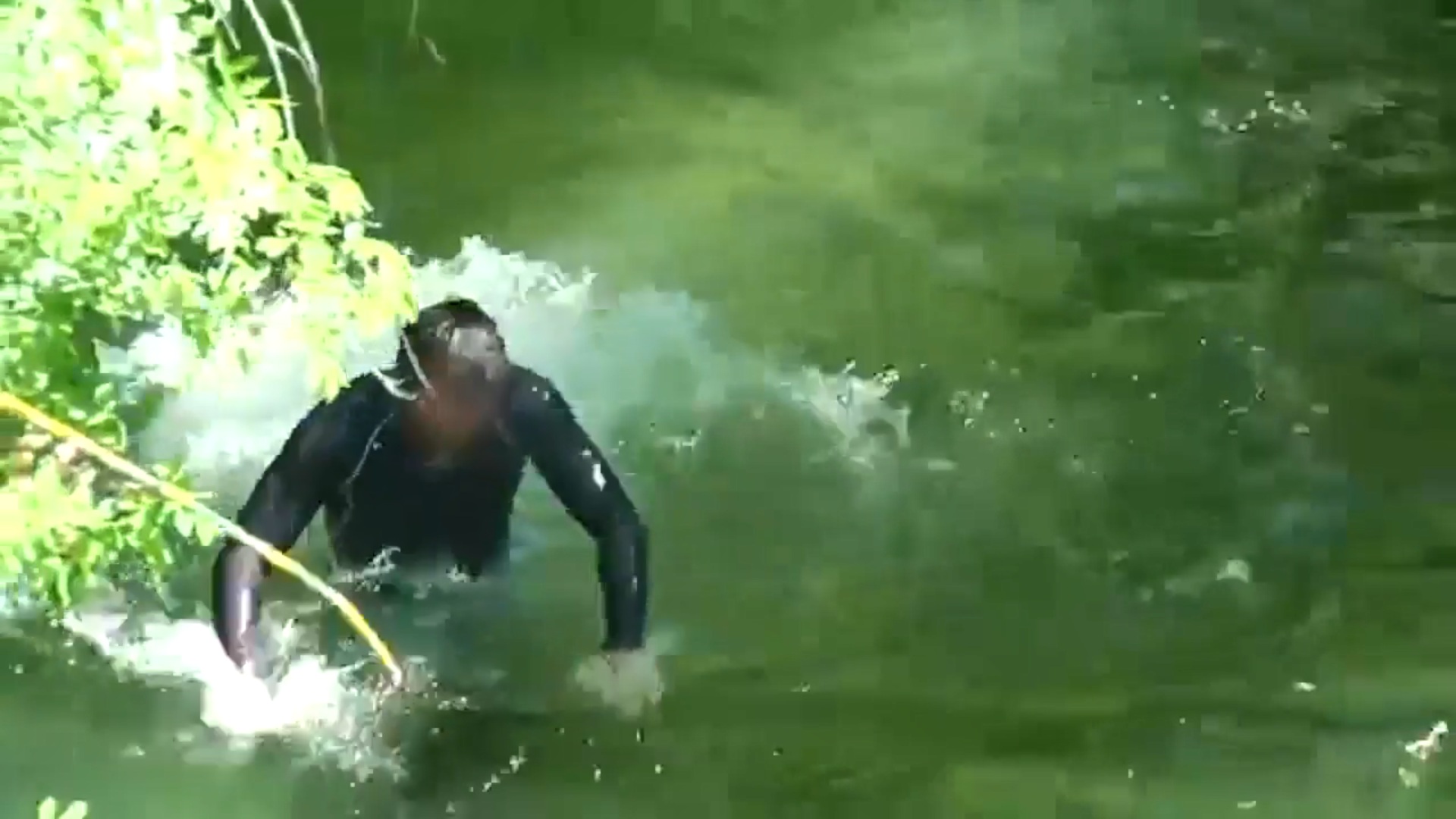 Poor him that he thought the dinosaur was real! While the dinosaur may look realistic, it is actually a costume and is a part of prankster Remi Gaillard’s prank.

The video which was posted on YouTube has reached more than 7 million views and has gone viral on social media.