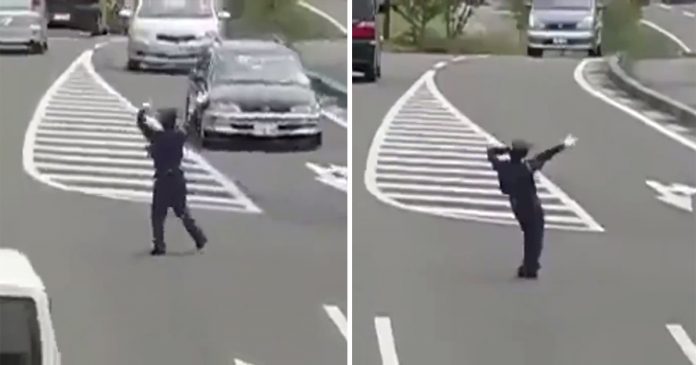 Getting stuck in heavy traffic can be a headache and not to mention horn blaring, selfish drivers and arriving late at your destination.

For traffic cops, it is not a walk in the park either.

Directing cars in one direction or another for hours can really be a monotonous job. 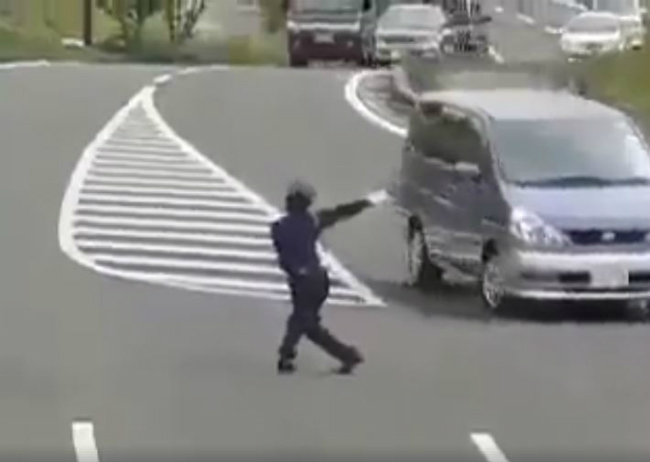 It is not clear where the video of the dancing traffic cop was taken but one thing for sure, it clearly makes a pretty funny sight for everyone on the road.

In the video, the upbeat traffic cop directing cars in the right direction while dancing like nobody is watching 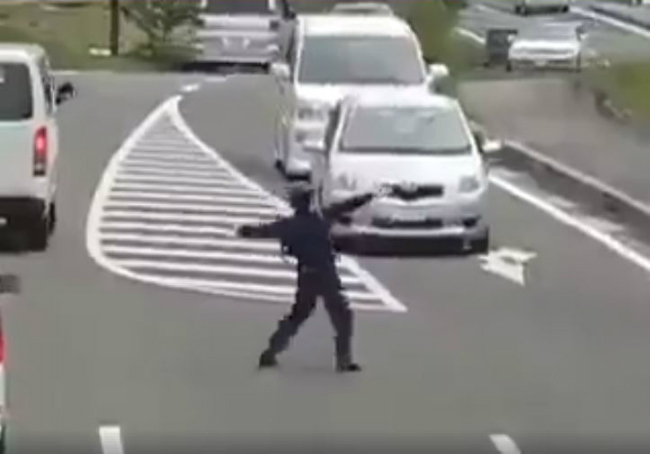 While directing the cars to his right side, the traffic cop shows some epic dance moves 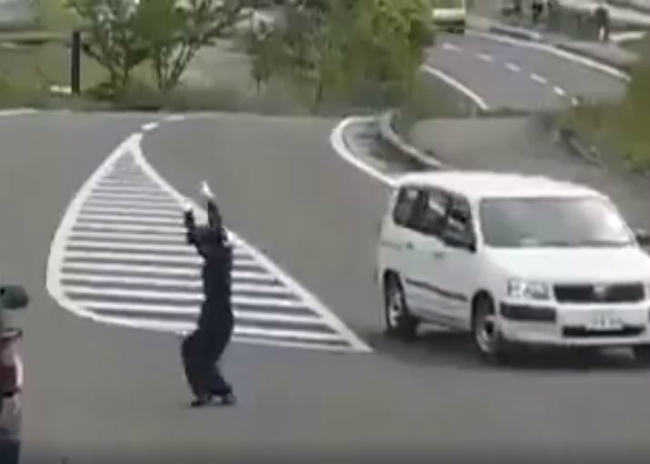 He is obviously having a lot of fun while performing his duties as he moves his hips and arms to the right.

Even though the dance moves seem to not belong on the road especially with quite heavy traffic like this one, the motorists who pass the road do not seem to mind him 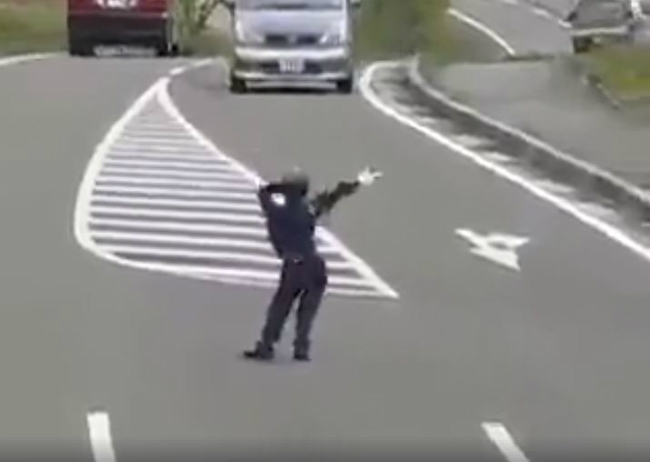 Furthermore, what better way to get through traffic than having a little show like this one?

Would you have stopped if you saw a dancing cop while driving?