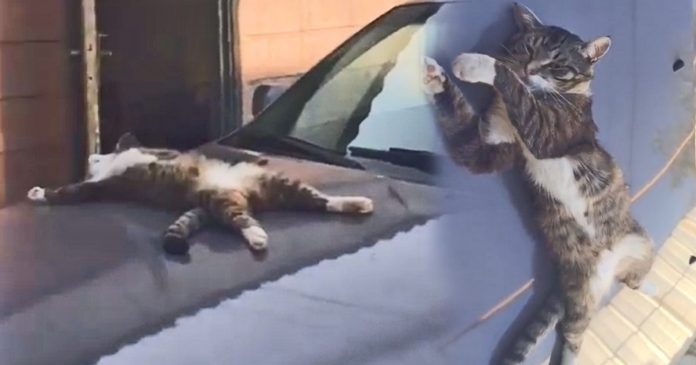 We have all been there; overworked and dying of fatigue that we are sent through the depths of dreamland once our heads hit the pillow. Well, it seems like this cat had a rough day chasing squirrels too!

Normally cats would curl up their bodies, especially when sleeping in public but this cat bares it all out there. 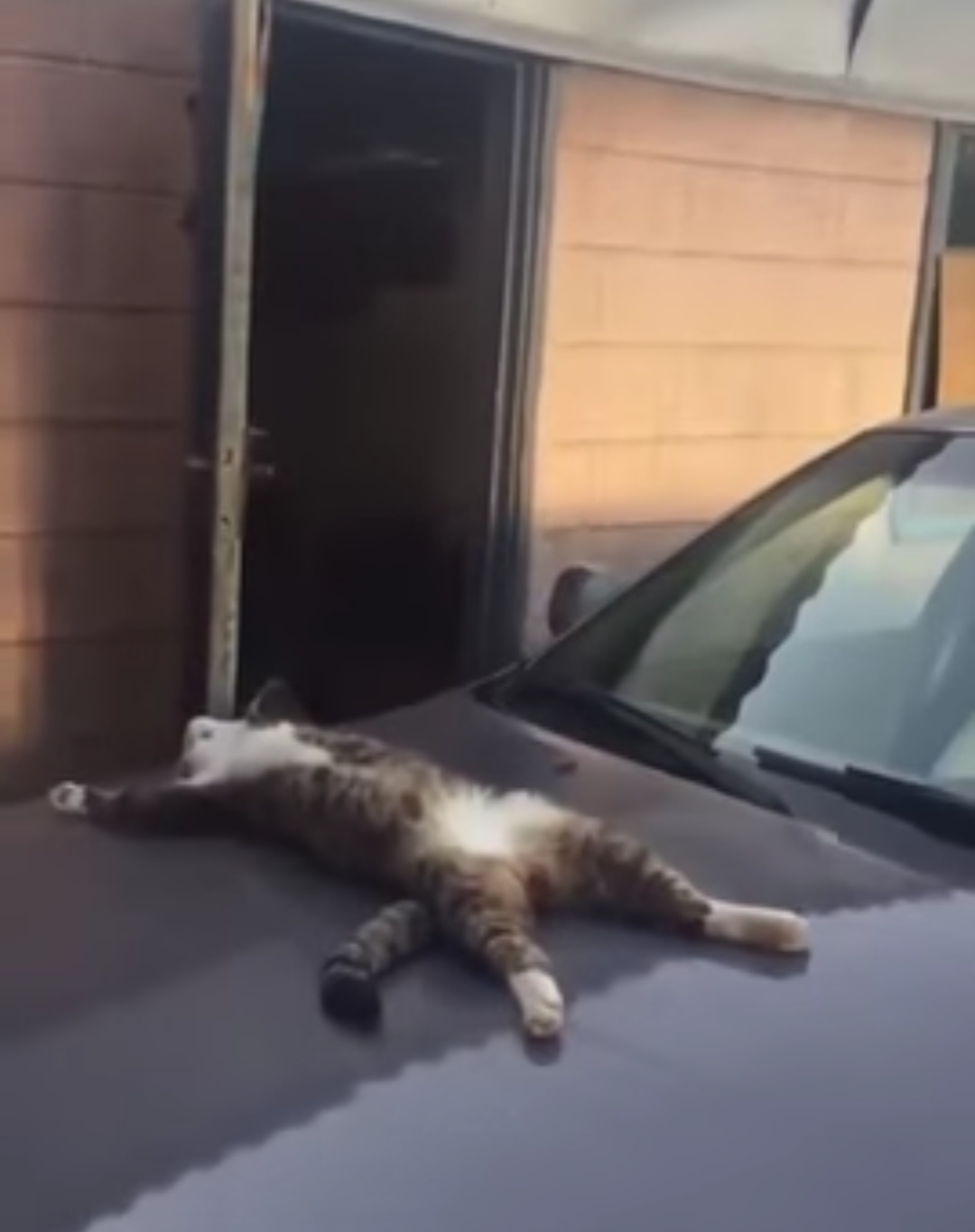 When the person walks closer, it turns out to be a cat lying in a similar posture like a human 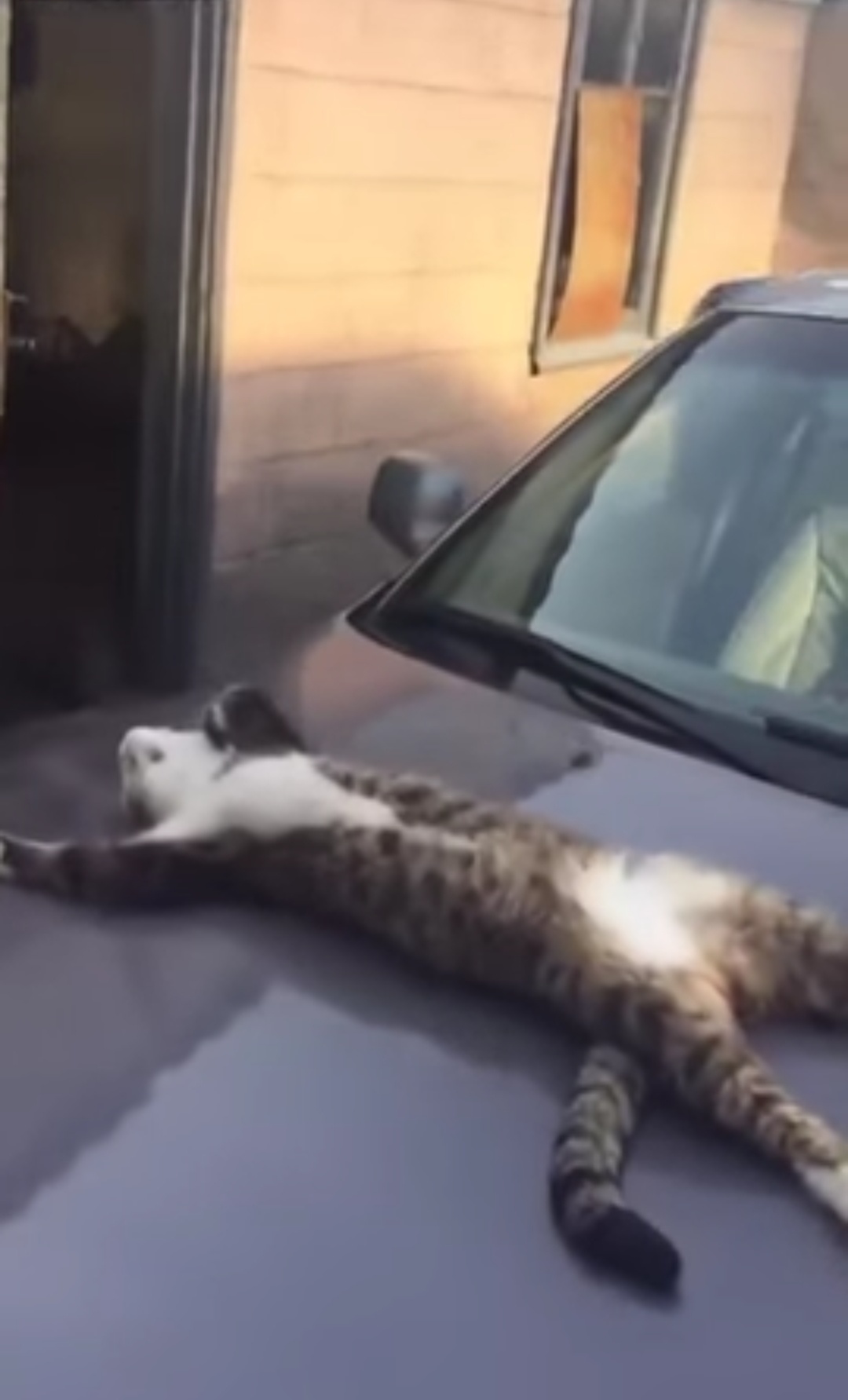 On second thought, the cat seem to be dead because it didn’t move or stir even when the person spoke 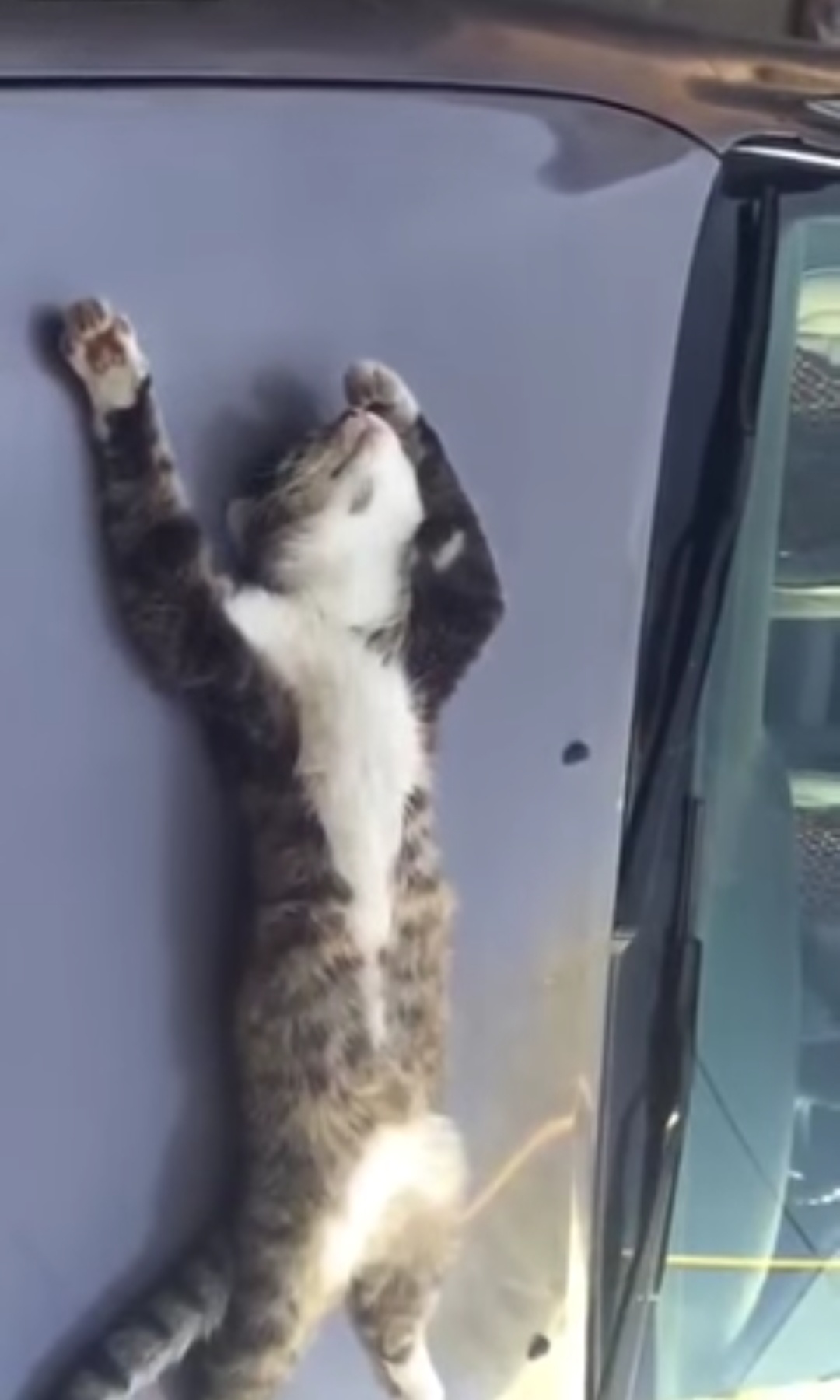 This is because cats are extremely cautious and sensitive about their underbelly so for a cat to sleep like that, it could mean they are dead! 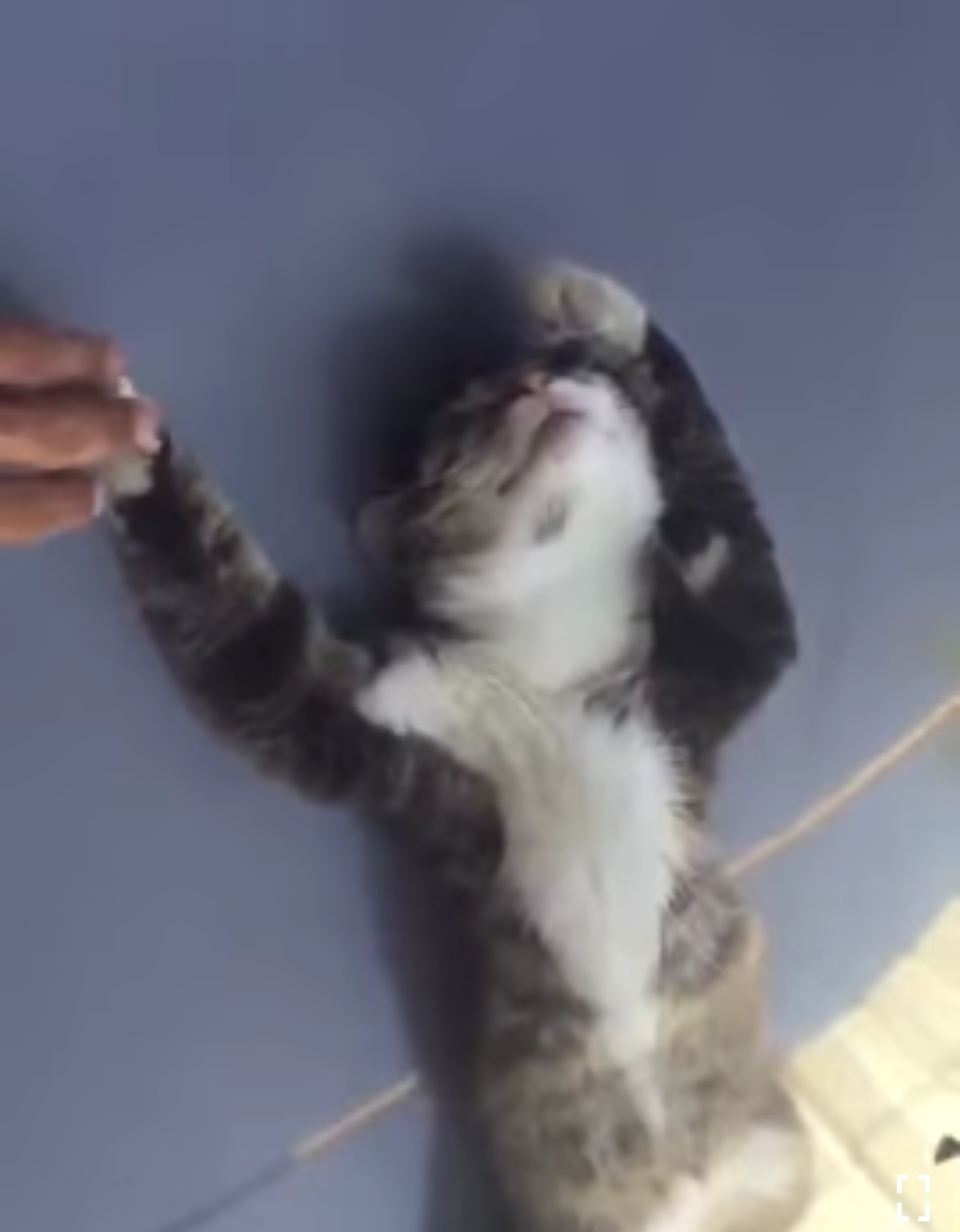 Surprisingly, it woke up! Thankfully its not dead, just a dead-tired cat sleping like a stone 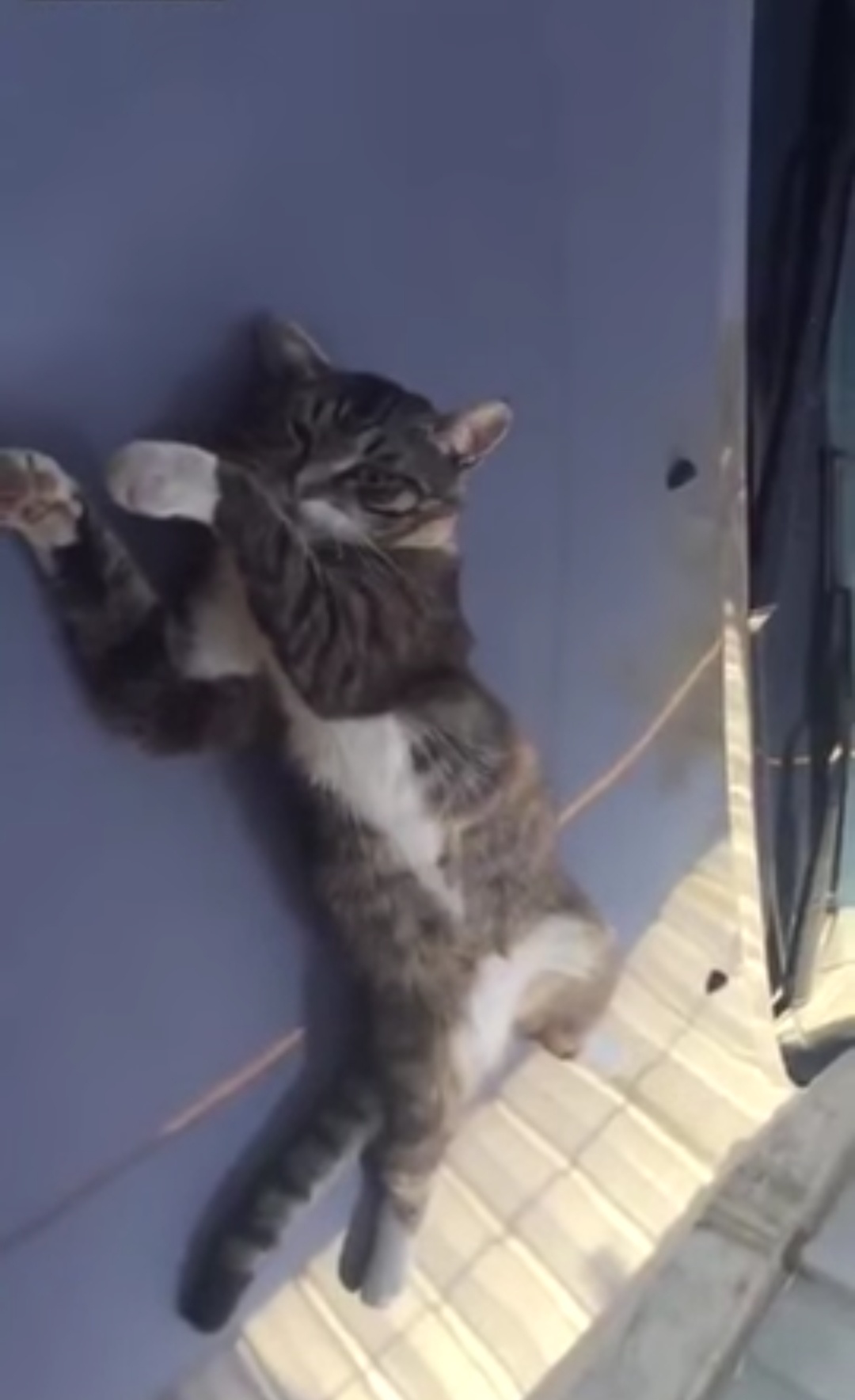 Another Youtuber thought the scene was amazingly similar to his, “lol my cat has done that before but in the garden! he was just lying on his back on a mound of dirt. he looked dead for a second! I went up and tapped him and he did the same thing as this cat. which coincidently looks a little like mine, haha..”

Luckily the cat is sleeping on the car bonnet. If it is sleeping like this anywhere else, it would have been runover by a vehicle or eaten by wilder animals!

Just take a look at how the cat is resting!