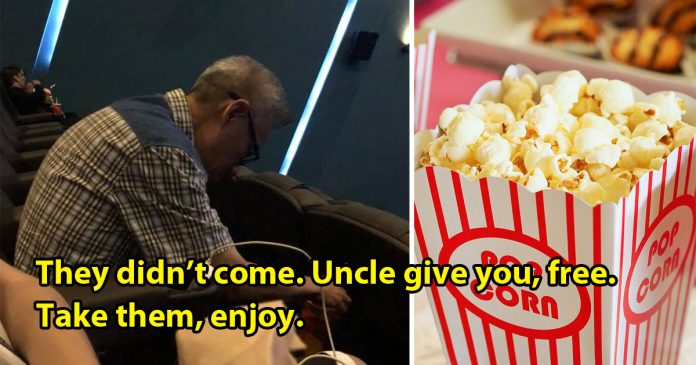 Lesson number one for a person to be successful and happy in life is always honour your parents. They raised us when we were young and we need to show filial piety especially when they’re aged and it became the children’s turn to care for them.

However, this man sadly might have a bad relationship and experience with his own children. He was seen entering the cinema with movie snacks and beverages that feeds a crowd of 2 to 3 people but he was alone.

The person who came across this sad encounter secretly took a photo of the lonely elderly man and shared it on her Facebook profile:

“I saw an uncle limping into the cinema that day and in his hands were two popcorn boxes and carbonated drinks ?“

“He kept on mumbling, ‘They didn’t come, uncle give them (the popcorn and drinks) to you. Take them and enjoy, it’s free.’ “

“The uncle was sleeping ? throughout the movie and didn’t watch most of it  ?” 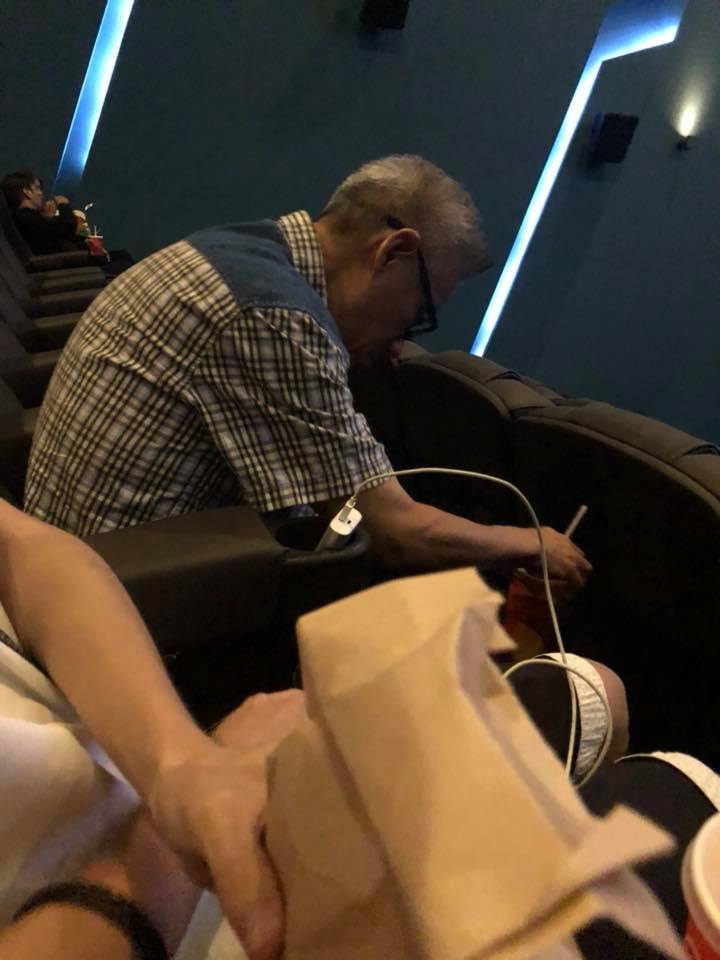 Many Facebook users commented on the sad situation.  刘本耐 shares that “it’s not good to be waiting for kids.”

A woman named Holiday Kong said there’s something to be learnt from the heart-breaking encounter. “Parents actually wish their children to accompany them every day… they just don’t say it… how much they wish for their children to accompany them just like when they were small and just talk… watch movies together etc… some people wait until their parents are dying or it’s time to go only to cherish them. So, to the kids who still have parents… ” go home and accompany them while your parents are still there… Cherish your time together….”

We truly hope his children knows how disappointed their father was at the cinema alone and repent their behavior!