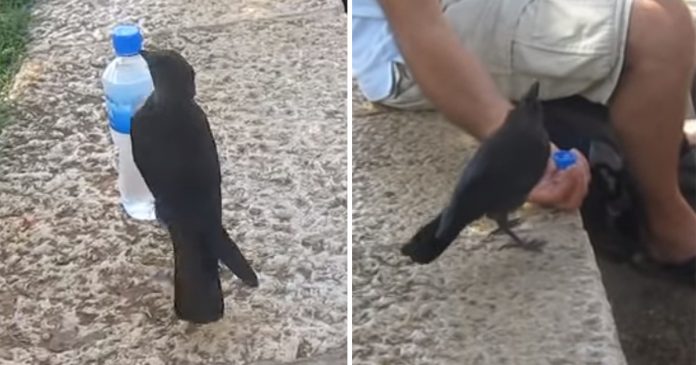 If you grew up reading Fables of Aesop, you must be familiar with the story “The Crow and The Pitcher.”

In the famous fable, one thirsty crow which comes across a pitcher which is half-filled with water. Unfortunately, the crow is not able to get a sip of the water since the mouth of the pitcher is too narrow.

Then, a brilliant idea came to its mind and the crow later fills the pitcher with pebbles until the water rises high enough for it to drink.

While it is only a fable, this crow proves that the bird species does have a smart mind to get by 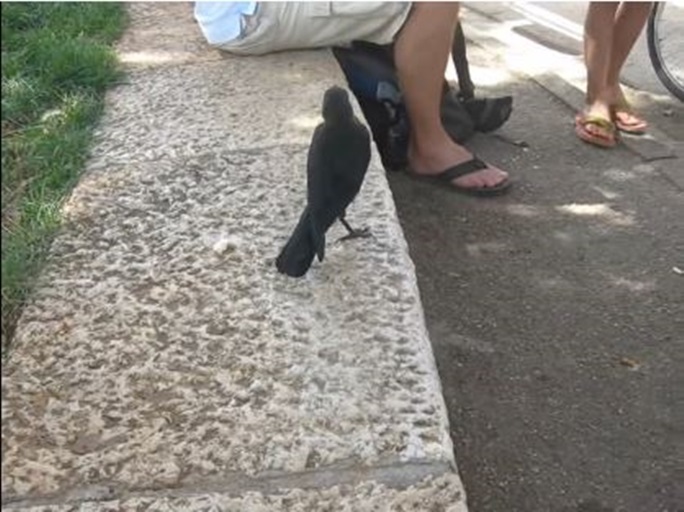 Thinking that the crow wants some of the bread crumbs, one person can be seen giving crumbs to the bird 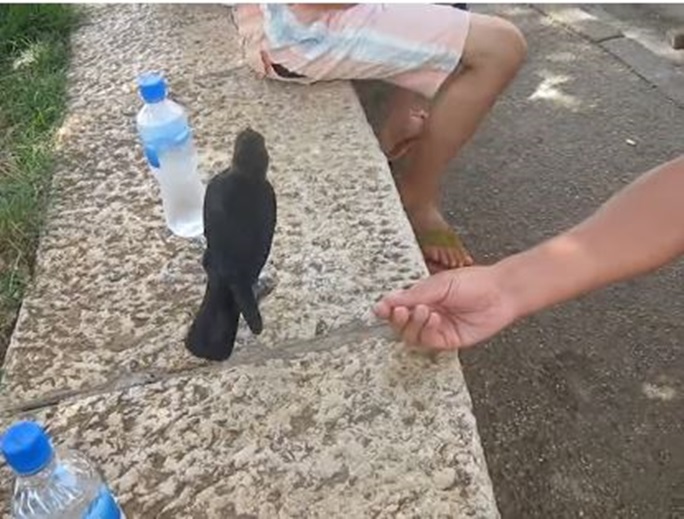 However, the crow later can be seen circling around the water bottle and nudges it to give a sign to the humans 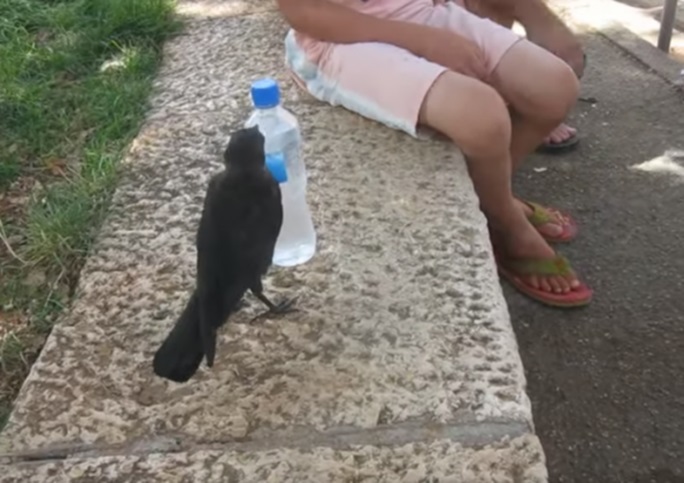 Luckily, one person who is sitting next to the water bottle notices the crow’s behaviour and gives it a bottle cap filled with some water 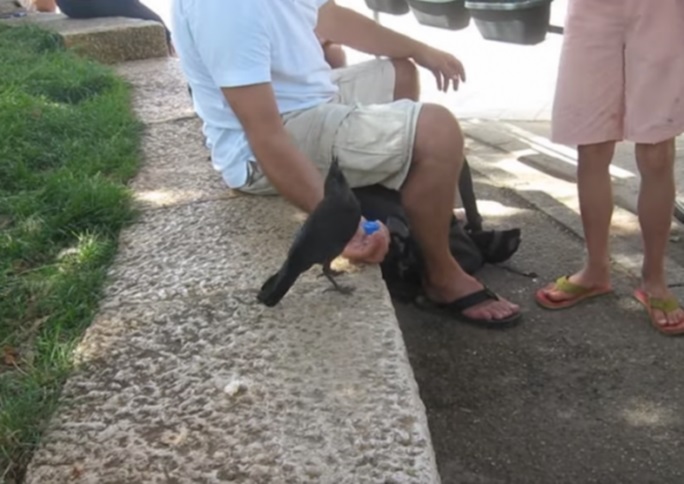 Thanks to its smart moves, the crow get to quench its thirst!