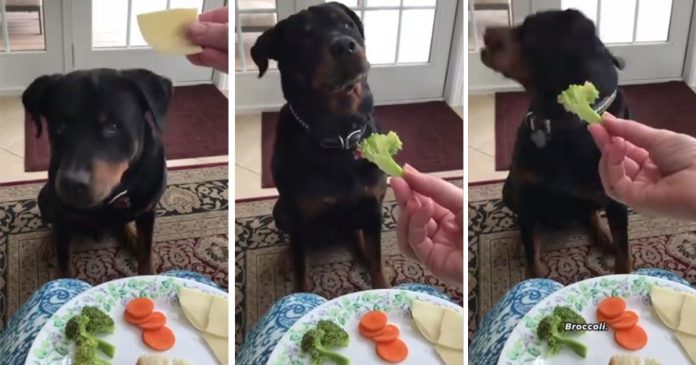 When there is cheese on the plate, this smart Rottweiler knows better to not settle on unappetizing-looking broccoli and carrots.

In the amusing video recorded by his owner, the clever dog is captured refusing to eat his greens.

However, when the owner offers the dog some cheese, it quickly says nods its head a couple times!

The video shows the Rottweiler sitting in front of a plate full of pieces of broccoli, carrot and several slices of cheese.

When the ower raises a slice of cheese and asks whether he wants to eat it, the dog immediately says yes 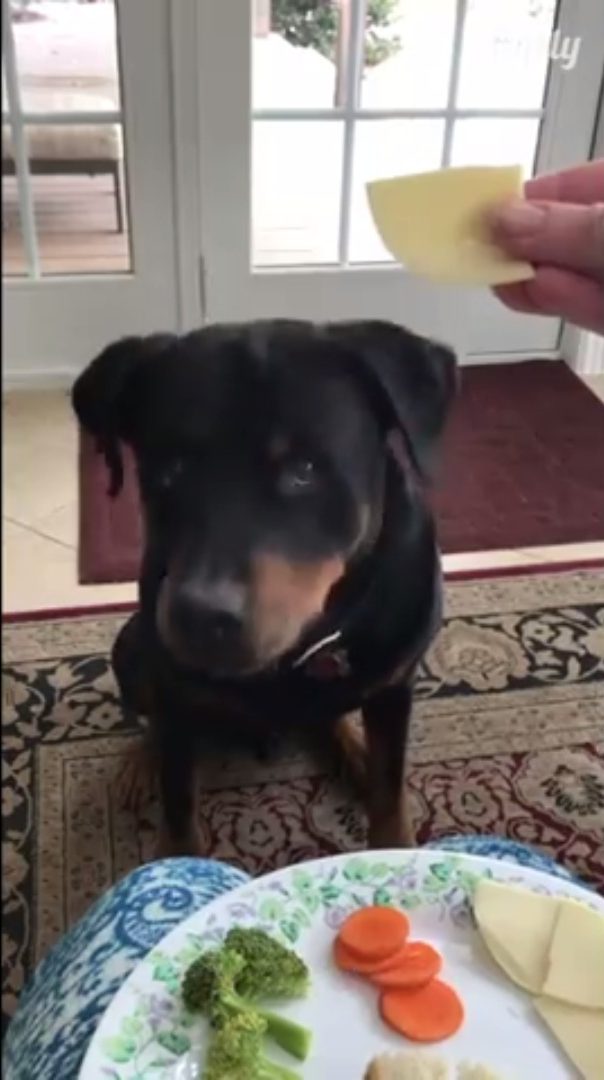 “Want it? Do you want cheese?” the lady asks her pet dog and the hungry canine quickly nods his head eagerly to eat the delicious cheese.

However, when his owner raises a piece of broccoli and asks the same question, the smart Rottweiler shakes his head even before she can finish her question! 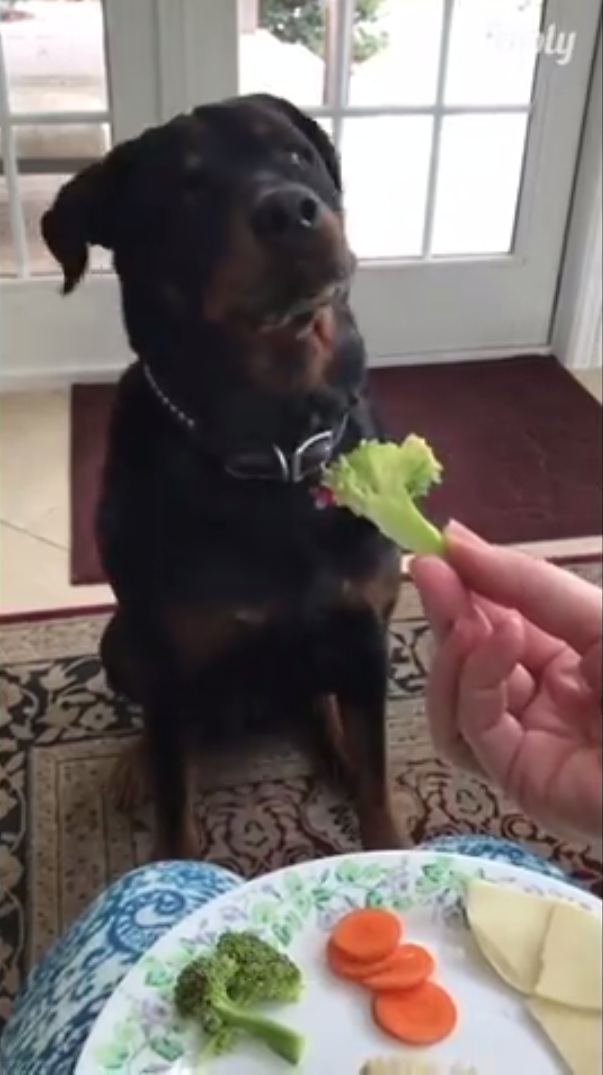 When the owner returns back to the slices of cheese and says, “Do you want cheese?”, the dog nods his head like he does at the beginning of the video.

His dislike for vegetable also extends to the several pieces of carrot on his plate. Like the broccoli, the dog also says a big “No” to the root vegetable 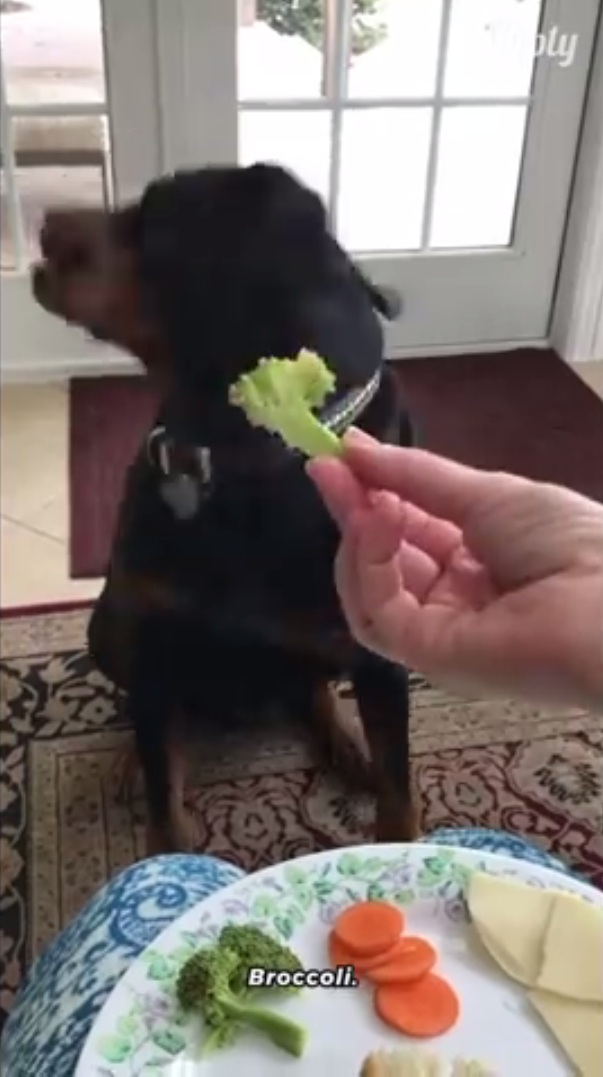 It seems like dogs, too, know the smart choice when it comes to choosing between vegetables and cheese!

Angler breaks record after landing a 129-kg giant catfish that is...