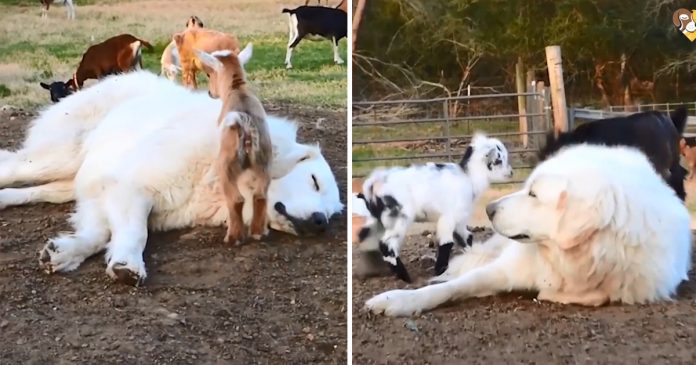 Lil Z, the Great Pyrenees dog, had a tiring day and he just wanted to take a nap for a while but these baby goats just would not let him rest.

In the video, a group of baby goats has so much fun running and bleating around the field, including jumping on the sleeping dog. 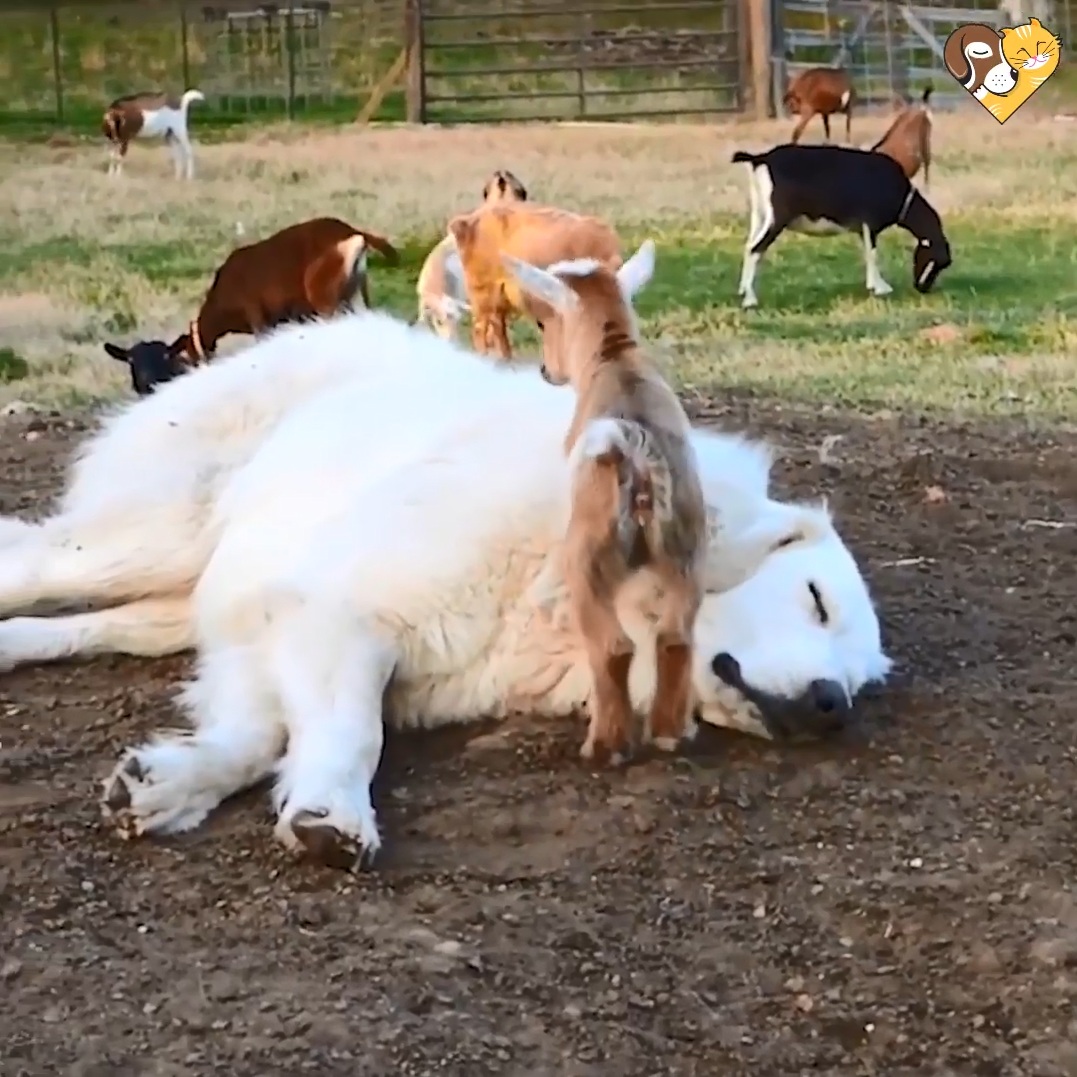 Since he does not seem to be interested in playing with them, the baby goats devise a new plan which includes jumping on the dog for fun.

The video shows the kind dog letting the baby goats play around him. At one point of the video, Lil Z can be seen raising his head to see what is going on.

“What are you guys doing?” 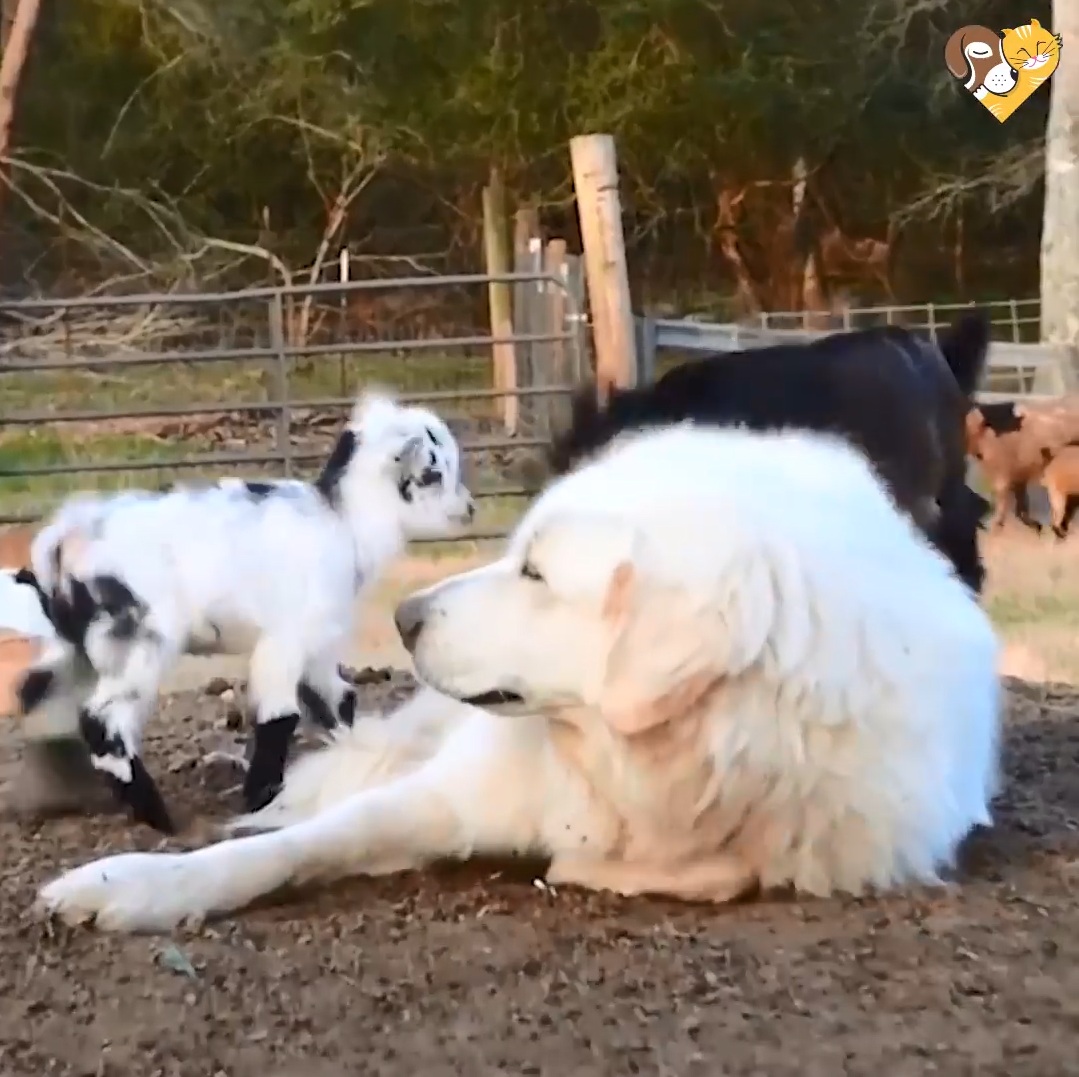 The dog later continues his nap after changing to another position.

Meanwhile, the cheeky baby goats also continue playing and jumping on him, resulting in the adorable video!

A Lynx Adopts 2 Unfortunate Kittens Abandoned at the Zoo and...