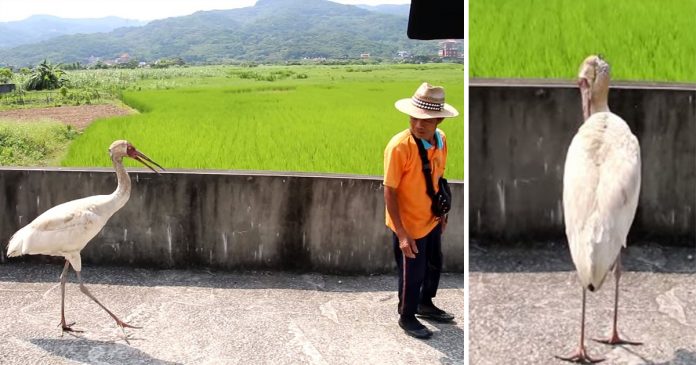 There is a Japanese folklore where a crane who returns a favour to the kind-hearted man that helps to set it free from a trap.

The folklore has been told from generation after generation for hundreds of years but it remains as one of the folklore that the elderly told to youngsters.

If the tale was true, then perhaps, this old man from Taiwan is about to get a favour from this giant white crane? 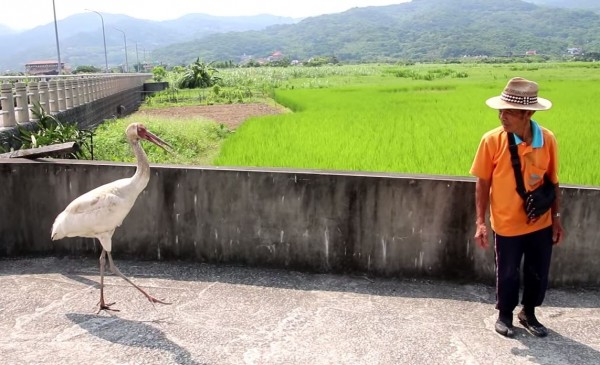 Seeing that the white crane seemed lost, the man was concerned that it would get hit by cars that passed by.

In an attempt to help the white crane, the man later asked the bird to follow him to a safer area 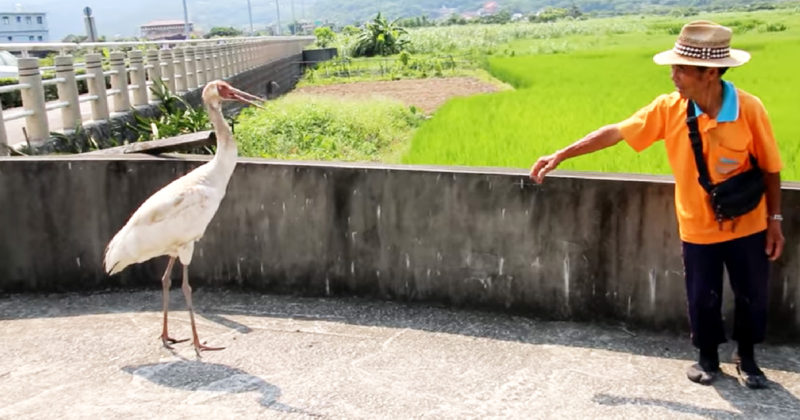 As if the white crane could understand human language, it quickly followed the man from the back. 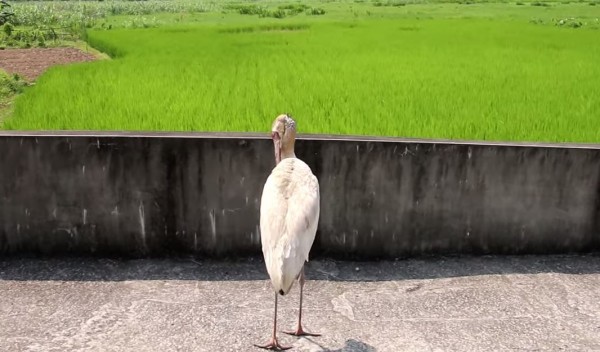 However, when the man stops for a while, the bird also stop following him. Nevertheless, the man tries to reassure the bird that it is better to follow him than wandering around the road and calls it to follow him.

Later in the video, the white crane seems uncertain about its decision but soon continues to follow the man’s footsteps 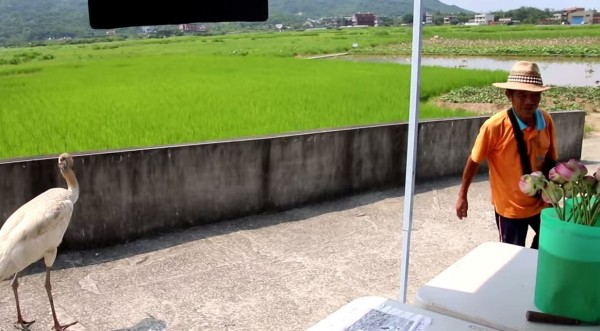 Following the video going wild on social media, many netizens shared their thoughts about the gentle white crane.

“Wow, it listens to you like this! Very cute,” one netizen wrote.

Wildlife experts explain why everyone needs to check for tiny bird...

Thirsty crow shows smart moves to ask for some water