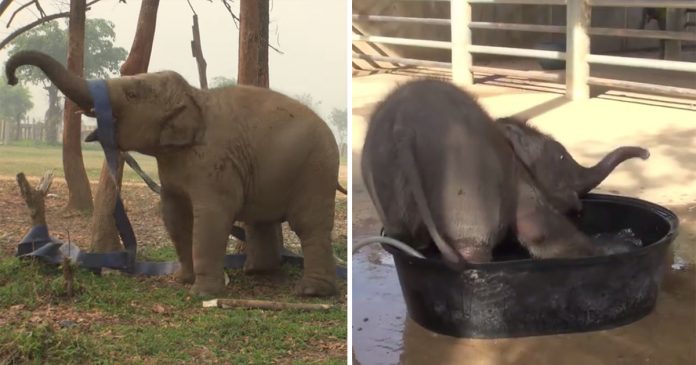 One baby elephant wants to celebrate his birthday by playing in his favourite tub. Unfortunately, the baby elephant is just too big to fit in the tub!

This cute footage shows the life of Navann, an adorable elephant who loves to play around from when he was just a baby in 2013 until 2015.

In one part of the video which was captured in 2013, Navann, the one-year-old elephant shows how much he wants to take a dip in a tub 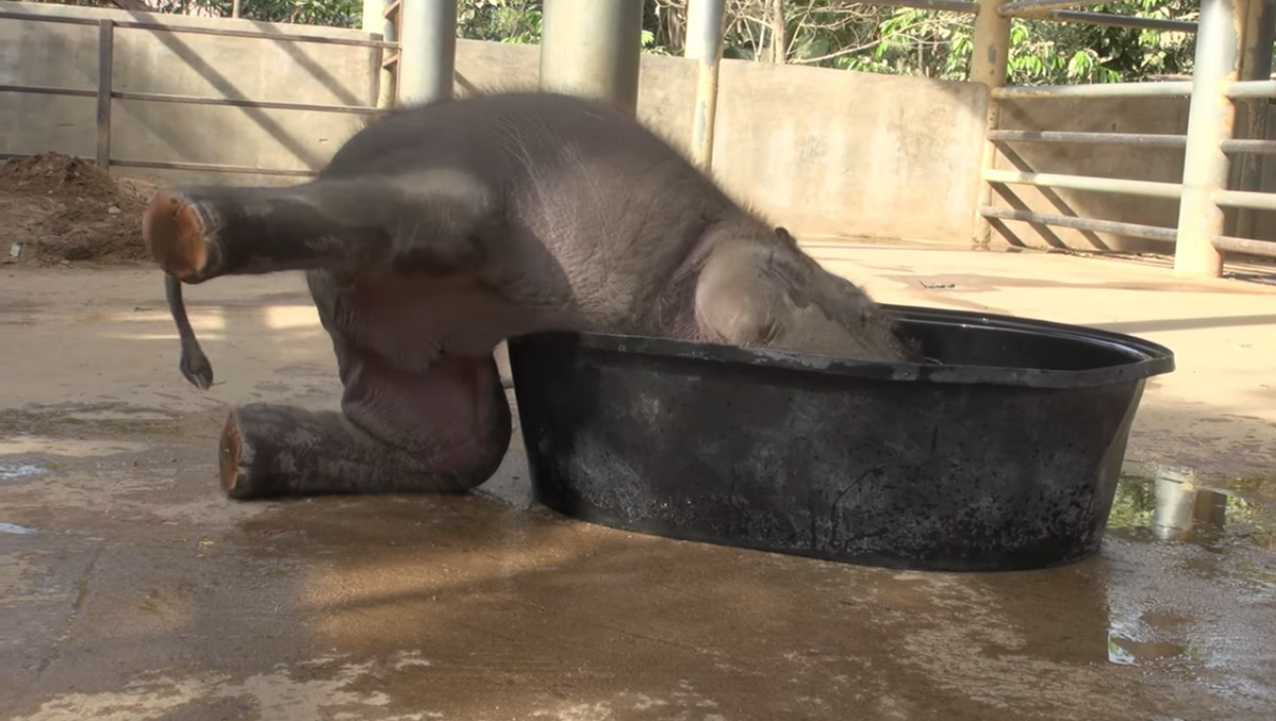 The elephant which is a resident in Elephant Nature Park in Chiang Mai, Thailand may be a baby but he can no longer enjoy playing in the tub.

However, despite him not being able to fit in the tub comfortably, Navann continues to splash water around as he tries to clean his back.

There was a large pool in the elephants’ enclosure for them to take a dip in the cool water. However, the adorable little elephant was clearly not interested in joining other adult elephants and insisted to play in his tub. 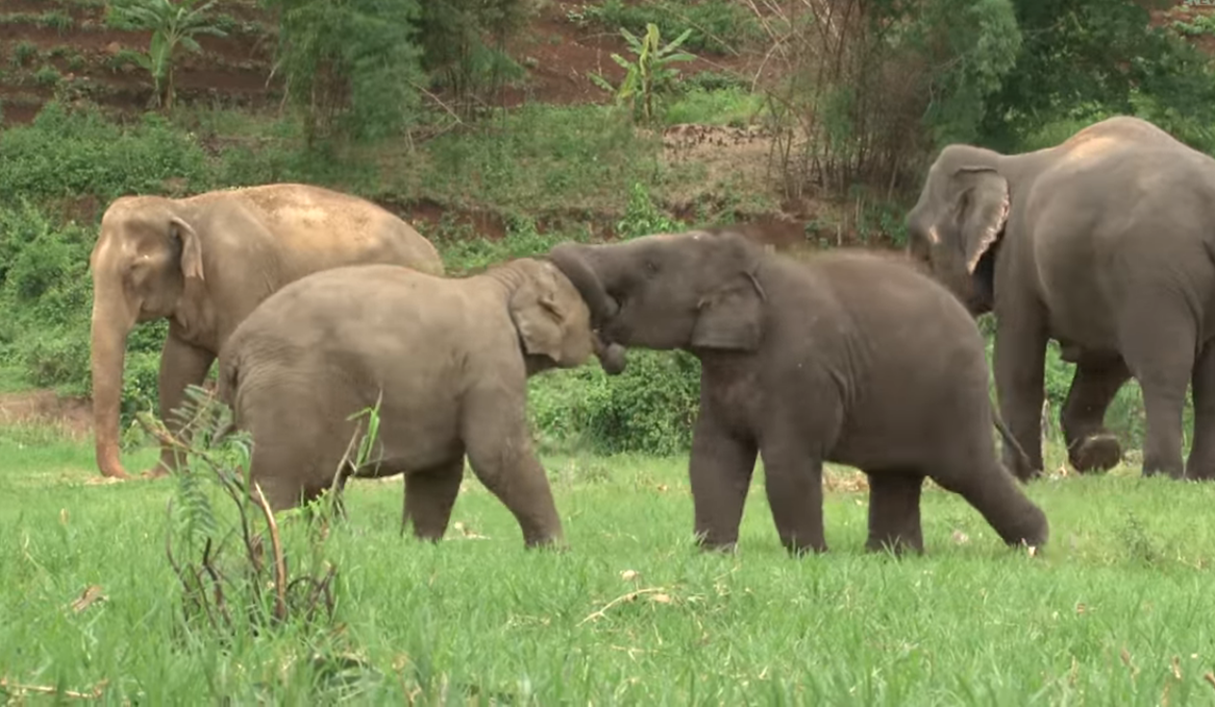 From using his front legs to ride on another baby elephant to trunk fight, Navann is definitely one fun-loving elephant we have ever seen.

Apart from spending time playing with his friends and family members, Navann also loves to play with various objects that he finds around the enclosure.

One of his favourite toys is apparently this long blue rubber that he really enjoys stretching it to the max! 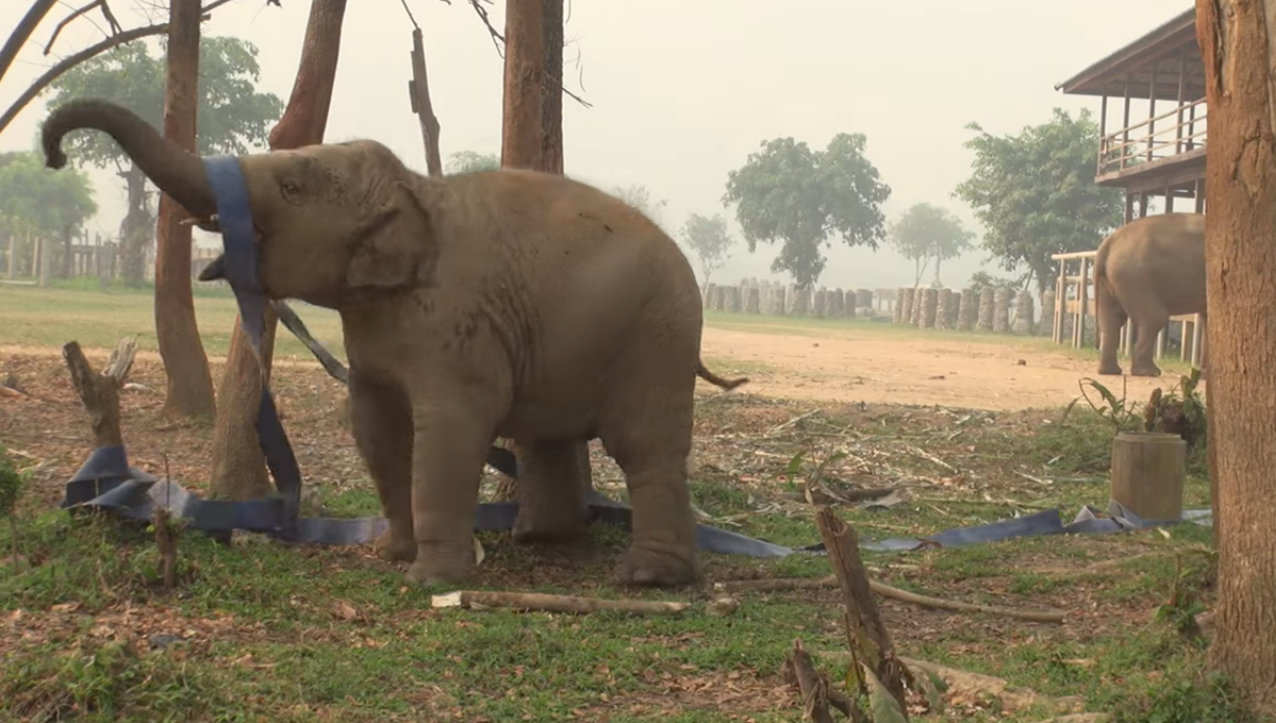