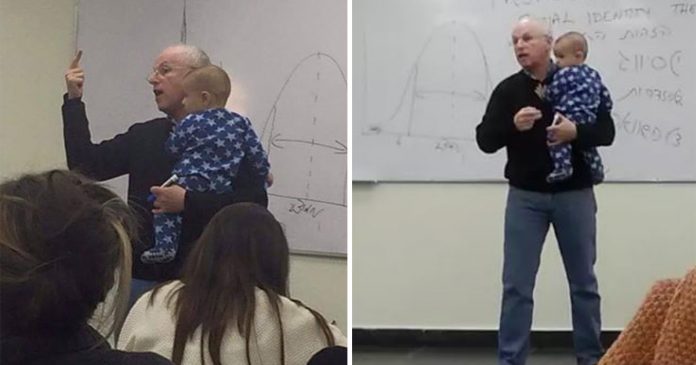 While most lecturers hold pens or laser pointer pen in their hand when giving the lecture, this professor at the Hebrew University in Jerusalem holds a baby in his arm.

It may seem odd but there is a truly heartwarming story behind it.

Professor Sydney Engelberg, 67, is a senior lecturer at the university where he has been teaching for 45 years. He teaches graduate courses in organisational behaviour.

A father himself, the professor who has four children also allows students to bring their child to the class.

One day, a baby of his student began to cry in the mid of the lecture. However, the professor remained unfazed by the crying as he continued his lecture at the front.

As the baby would not stop crying, the embarrassed mother tried to leave the class.

However, Professor Engelberg stopped her and scooped up the baby from the mother to soothe him 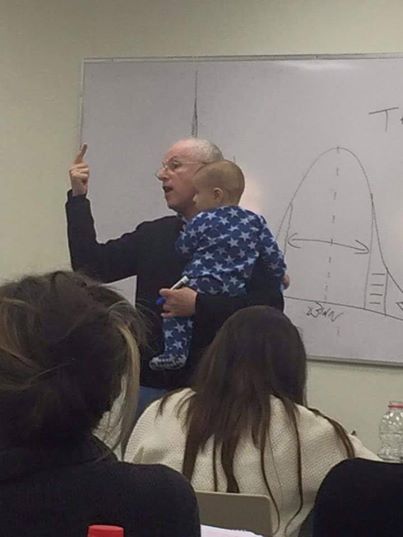 In the meantime, he still continued giving his lecture without stopping for a second!

As evident in the photo that has made the internet went abuzz, the baby has stopped crying and looks super comfortable in the professor’s arm 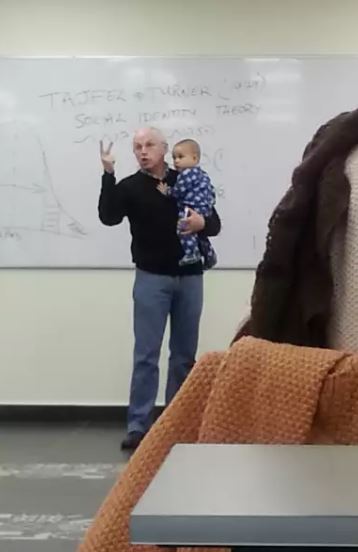 According to his daughter, Sarit Fishbaine, the inspiring professor allows mothers to bring their children to his class and to breastfeed them 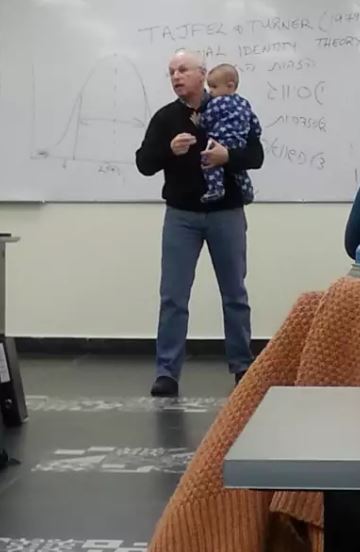 “The way he sees the concept of getting education is not only learning the dry facts that you need to learn in class, but also learning values,” his daughter wrote on her Facebook post following the incident going wild.