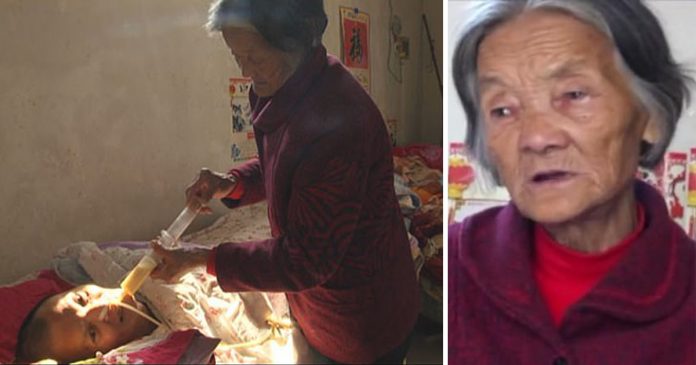 Wang Shubao fell into a coma after getting involved in a tragic car crash in 2006. 12 years later, he finally woke up.

The first thing that he saw when he woke up from the coma was his 75-year-old mother, bursting into tears.

The mother, Wei Mingying had spent all of her savings and for the past decade to take care of her quadriplegic son by his bedside, day and night 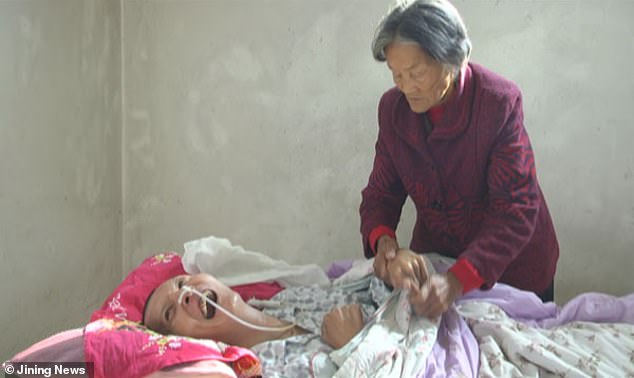 Wang Shubao fell into a coma after a crash in Shandong in east China. He was 36 years old when the car accident took place 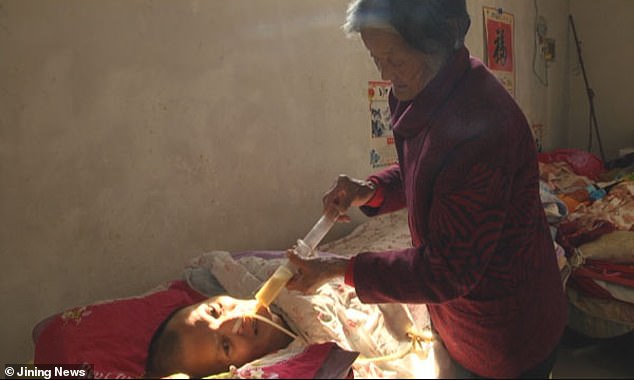 As his father had passed away since he was a young boy, his mother takes the role as the sole breadwinner in the family. 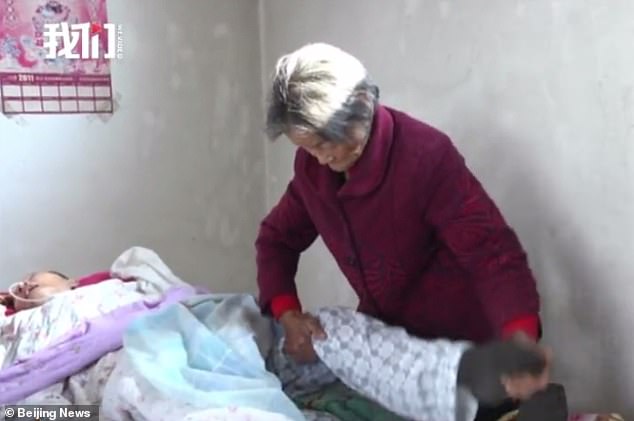 She had also taken on a 120,000 yuan (USD 17,248) debt. The mother was so poor that at one point, she did not eat for a month, according to the interview she gave to reporters

“My mouth, my tongue was all dry. I would just drink water.” The aging mother lost 20kg over the years and now only weighs 30kg 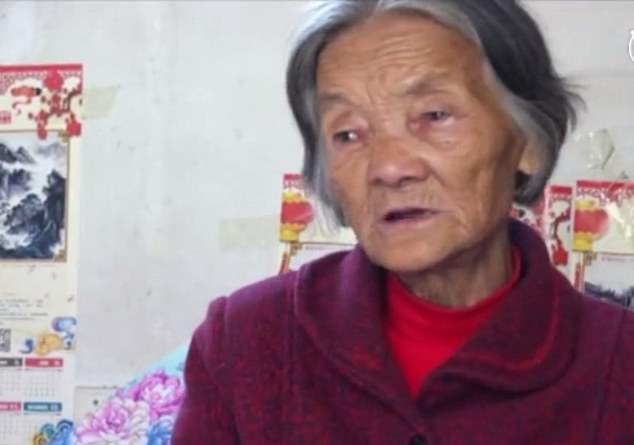 Every day, she would start her day at 5 am before she washes her son’s face, bathes and feeds him, massages and repositions his body to prevent bedsores and takes care of his toilet needs.

Thankfully, after 12 years being in a coma, Wang finally regained his consciousness to the joy of Wei. 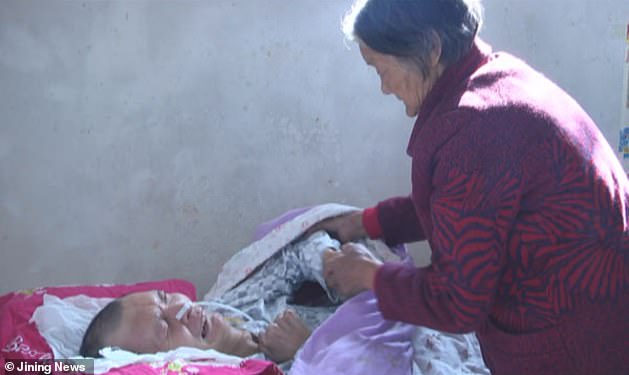 “I am just overjoyed. I hope he will make a full recovery,’ Wei said. ‘I will never give up on him.

The chances for one to wake up from a coma largely depend on the severity and cause of their brain injury.