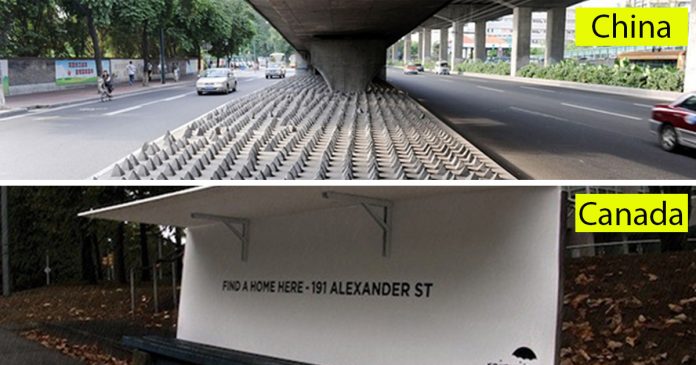 In many overseas countries, one can find peculiar architectural designs on buildings and in recreational spaces. Things like slanted windows and seemingly random metal spikes can be found on the side of the pavement. Though this may look like a failure in design, the local governments had planned these constructions meticulously in order to maintain the beauty of the streets. 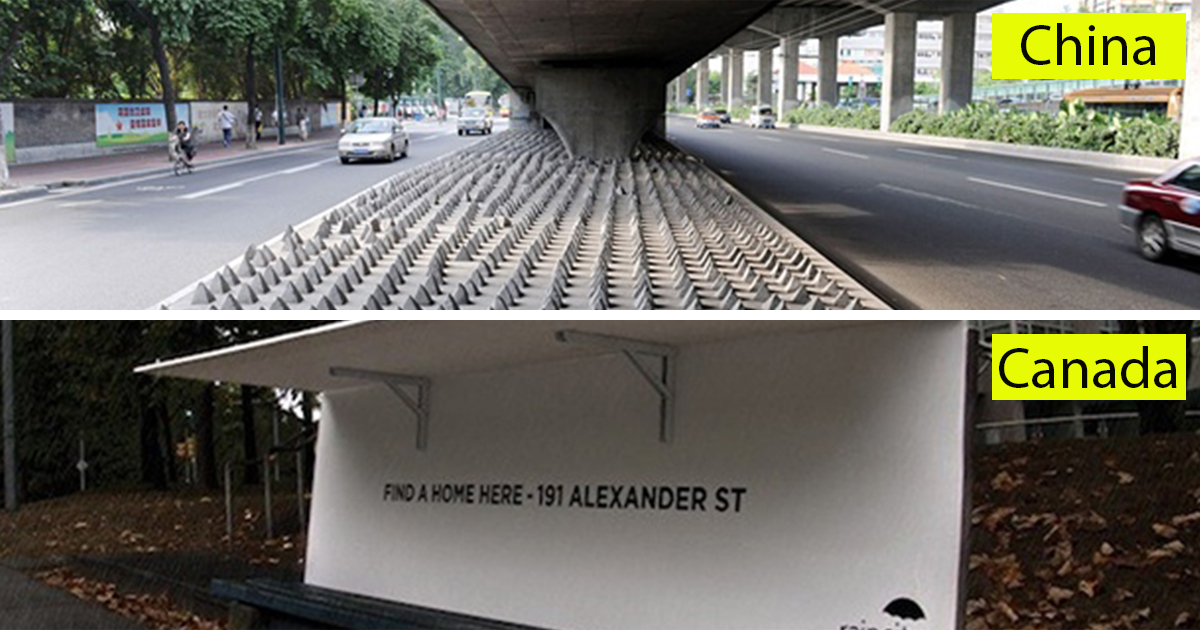 Some of these designs are meant to make a person uncomfortable if they used it for a long time. For example, an iron barrier which is placed in the middle of a bench would not allow a person to stretch out their legs on the bench and the cramped space is not ideal for sitting for long periods of time. This is precisely what they were going for and it is to target homeless people as it gives them no place to rest.

Below are examples of these kind of designs targeting homeless people in order to keep them off public property.

The University of Cardiff has been criticized for building cages in front of air vents which are meant to prevent homeless people from sleeping in that area at night to keep themselves warm. 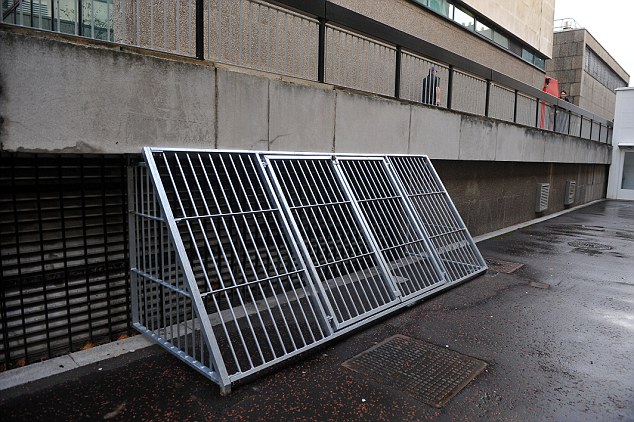 In London, the cement floors are peppered with spikes such as these to prevent the homeless from taking shelter in these areas 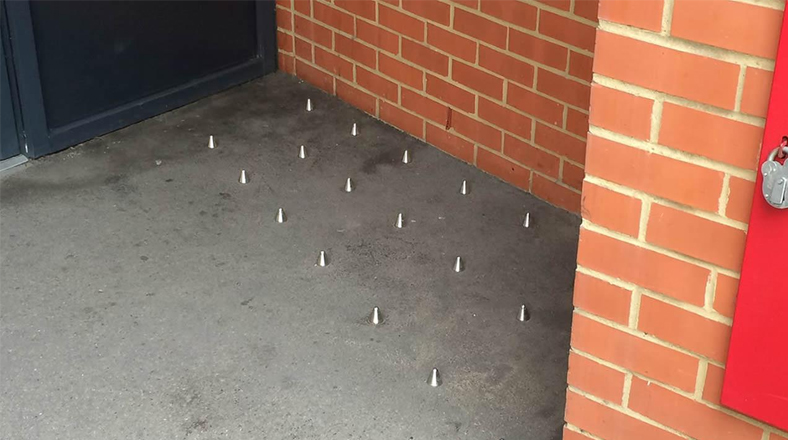 If you visit a Tesco in London, you will find my similar spikes such as these 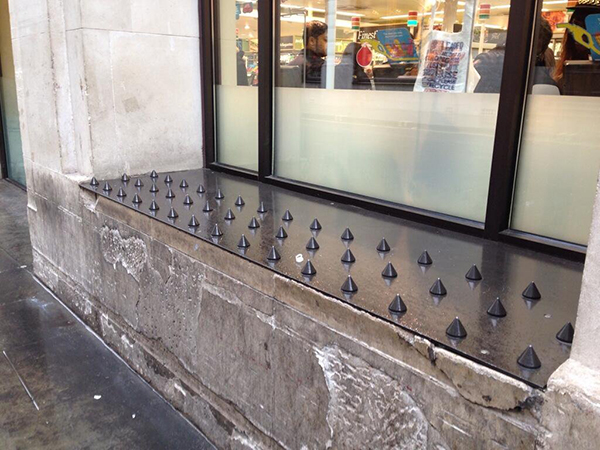 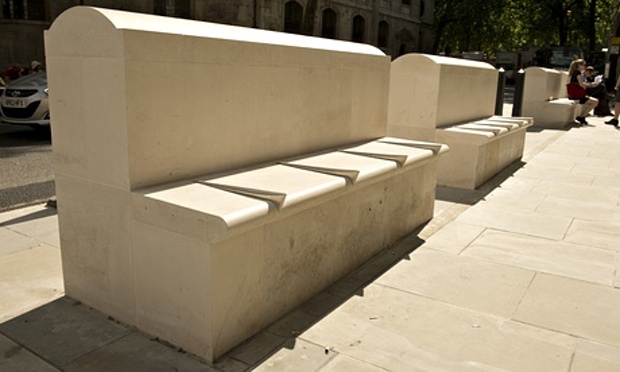 In Manhantan, New York, window frames are built like this to deter homeless people from sitting or leaning against the window panes 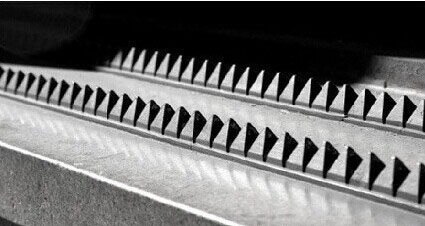 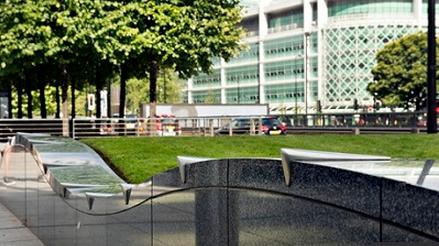 These are the designs of benches in Japan 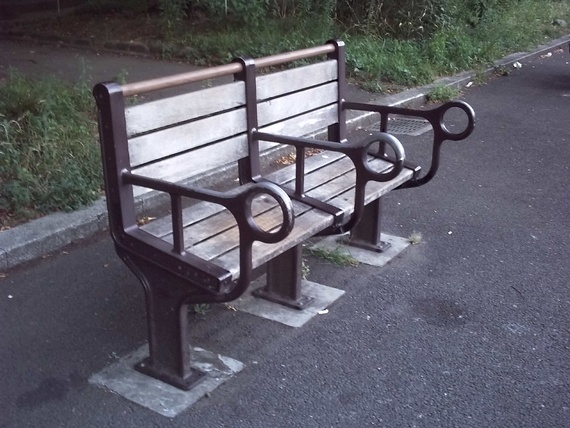 This is a picture of the bottoms of bridges in Guangzhou, China. 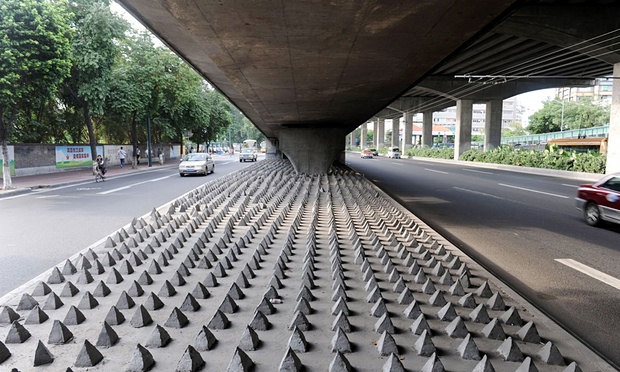 In Barcelona, ​​Spain the window panes are built at an incline 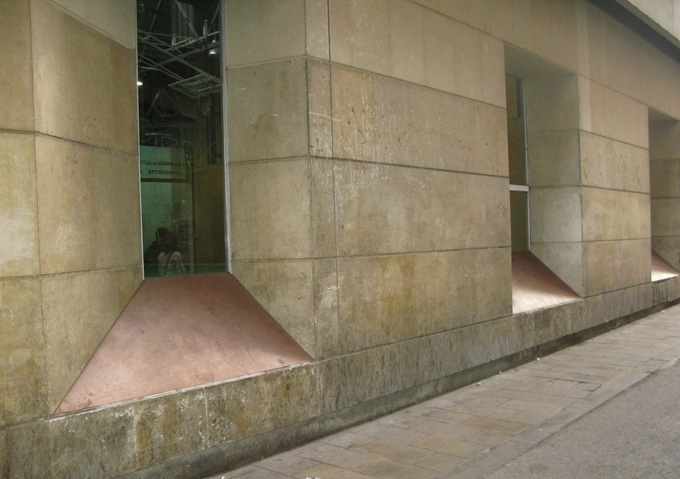 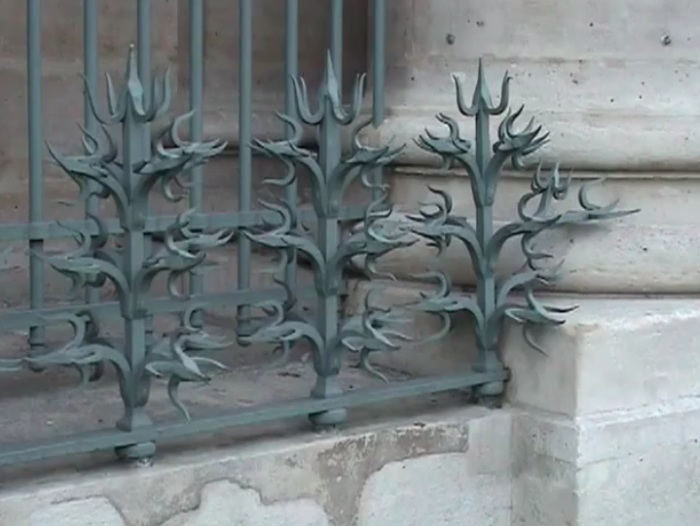 Corners have been barricaded to prevent them to stop and rest

In Oxford, England chairs are designed like this to prevent the homeless from sleeping on them 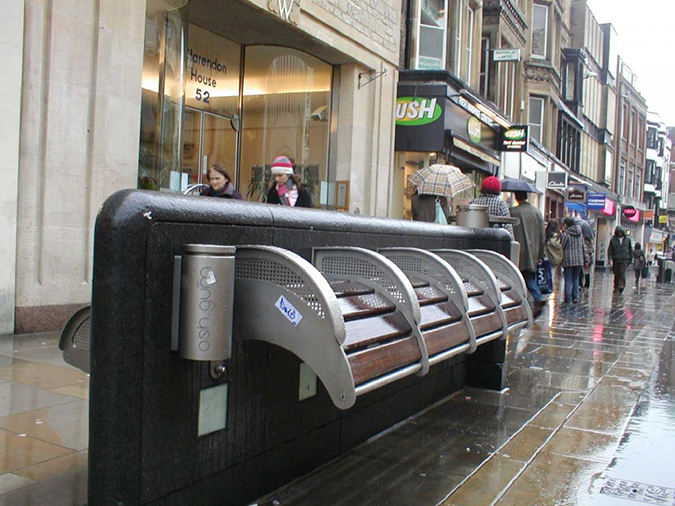 Although these highly developed countries are insensitive to the plight of those people living without a roof over their heads, there are still some countries which try to help them in any way they can. These countries provide special places for homeless people to take refuge and rest in a relatively safe space.

Maple Leaf Park is located in Canada and is one of the examples of places that provide the homeless with shelter. Though the design is extremely simplistic, it has been a tremendous help for the destitute.

This chair has a sign that reads “find shelter here” 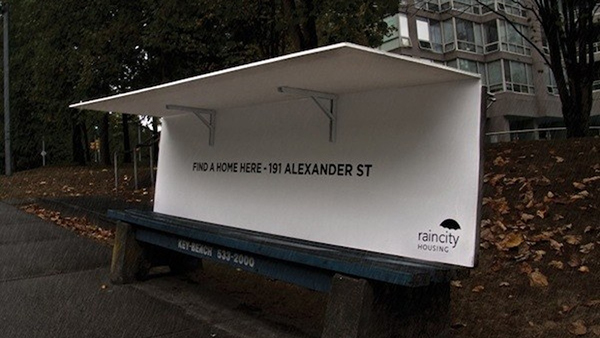 The way the Canadian government treats its homeless people is simply amazing. Homeless people should not be considered any less of a human being just because they do not possess a home. They are going through tough times and shunning them will only make their situation worse.

Selfless high school student carried his best friend on his back...

A heartwarming scene of two loving families in the same photo...