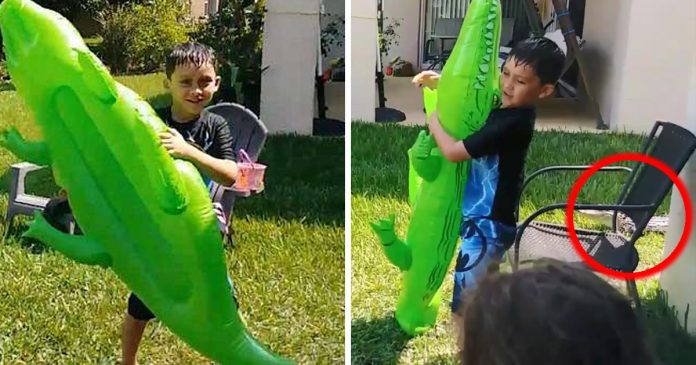 Nicole Mojica recorded her son playing with an inflatable alligator toy in their backyard in Lake Nona and everything seemed like a typical day for the mother-son duo.

It was not until the mother watched her recording that she noticed something stealthily lurking just a few meters away from her son.

The Florida mother shared the shocking video which shows her son Timmy happily playing on a Slip ‘N Slide with his favourite toy, a green inflatable alligator 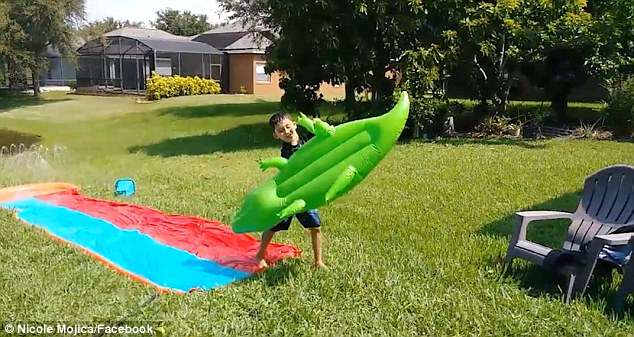 However, when she looked back to her son a few moments later, Nicole spotted a real alligator lurking in the bush, not far from where her son was playing 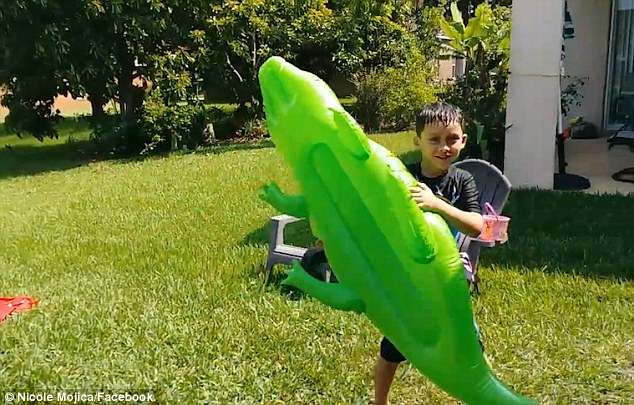 At first glance, the presence of the reptile creeping in the corner of her backyard might not be obvious but Nicole managed to record it 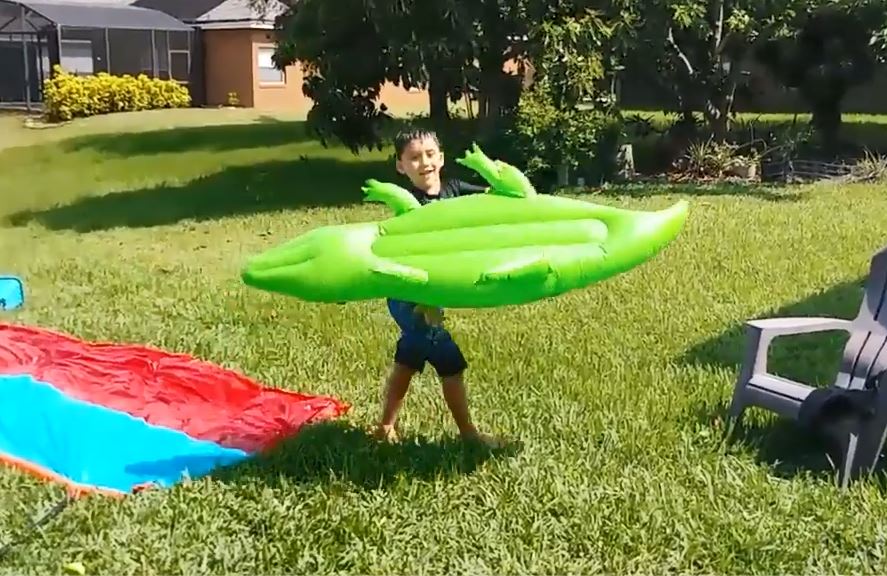 The video shows the alligator quietly creeping near a patio chair 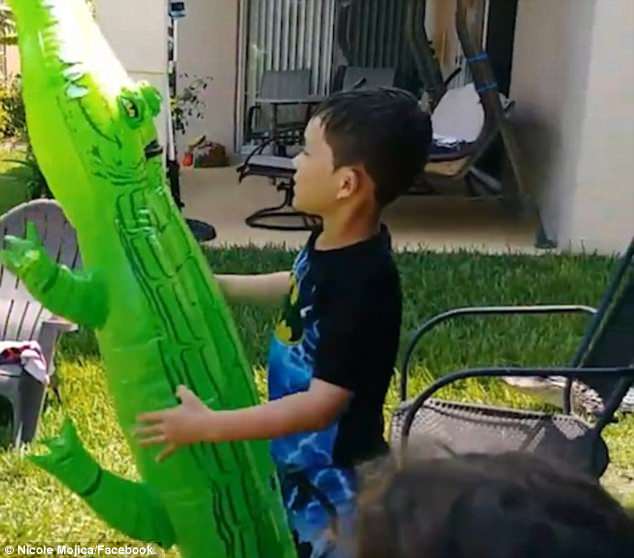 “Can you spot the real gator?” Mojica wrote in her Facebook post. “He sees us for sure!! Look closely….OMG!!! It ran down my slip and slide 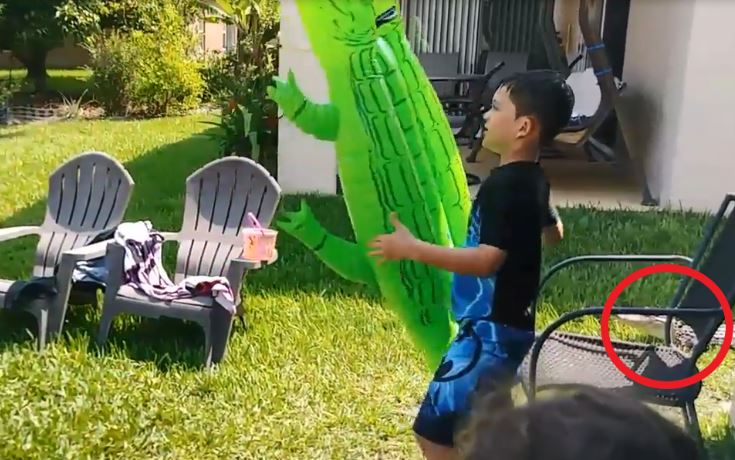 “I don’t know how long he was sitting there, watching,” Nicole said 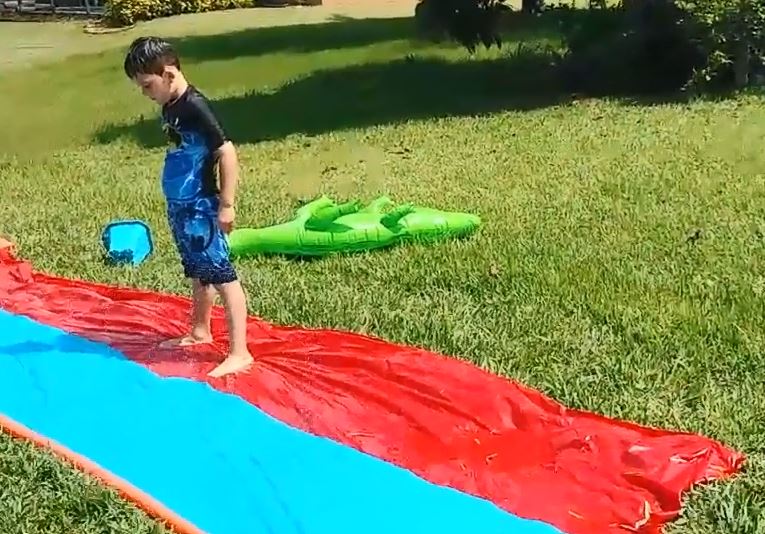 In a follow-up video, Nicole shows the alligator scurried away to a nearby pond where the alligator is shown almost fully submerged in the water but does not seem to want to move to anywhere.

Thankfully, no one was hurt during the incident but the alligator may have thought that the inflatable alligator toy that Timmy played with was his mate.