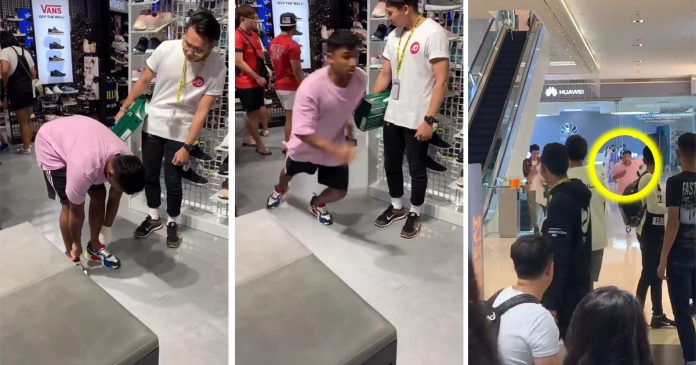 It was the laugh–of–the–day when a Malaysian young man tried on a pair of sneakers and ran off with it. The incident has even attracted the response from the company CEO when the video clip went viral on social media.

In the short video, Harvinth was the customer dressed in pink shirt and blank pants while sales person, Martin, was standing by his side with the pair of sneakers and box in his hands.

As what all sales person would do, Martin took out the sneakers from the box and handed to Harvinth one–by–one. 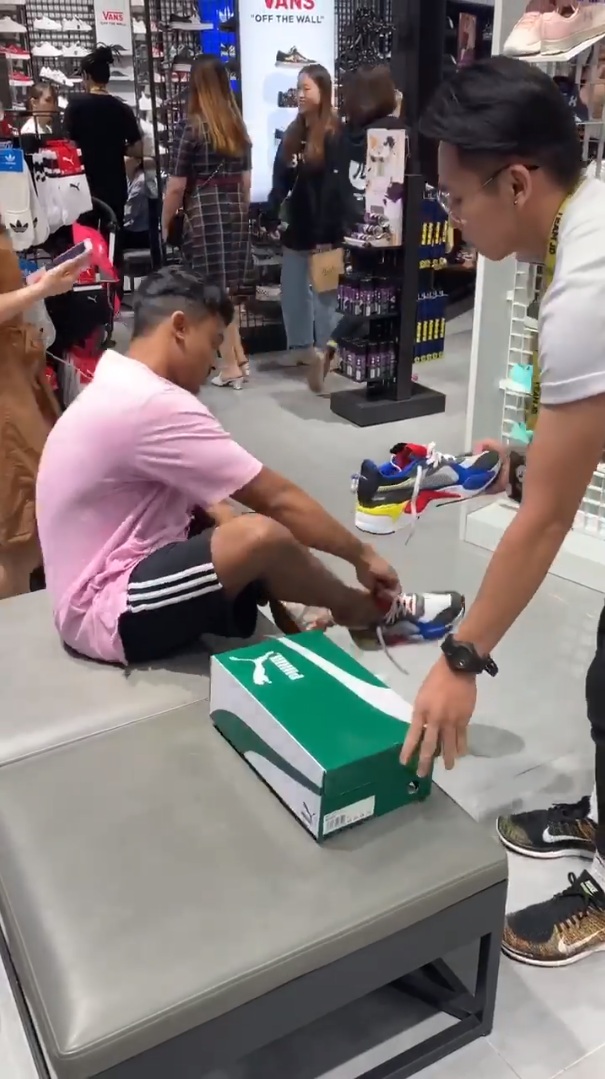 As Harvinth put them on, he even looked left and right mischievously to check out his ‘runaway path’ and made sure it was all clear. 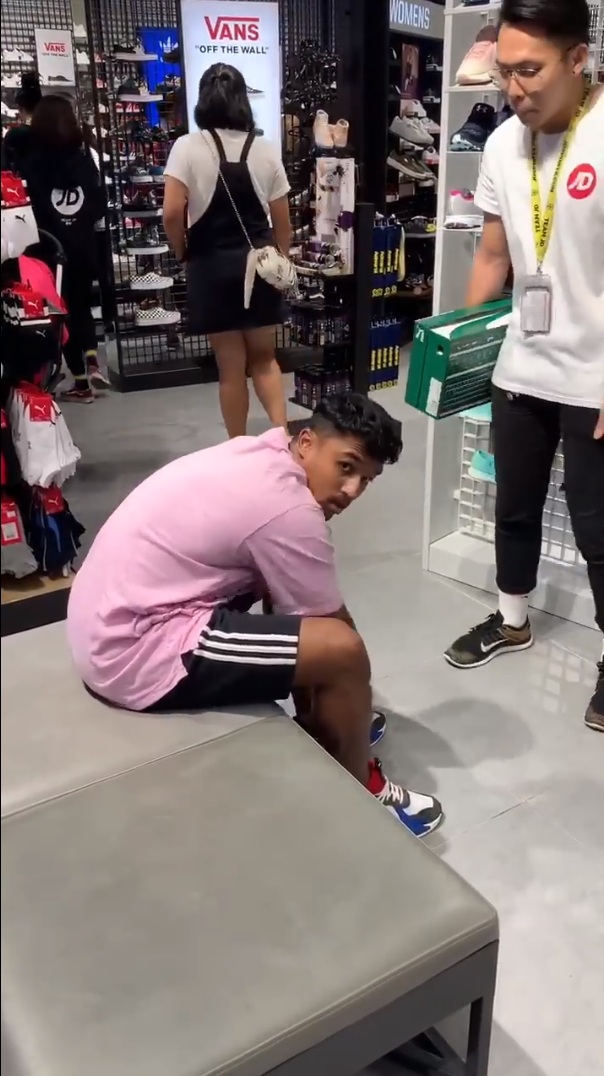 The unsuspecting staff patiently waited for Harvinth to try it out as he bounced with the sneakers and moved about with it. However, Harvinth was actually warming up for his run. 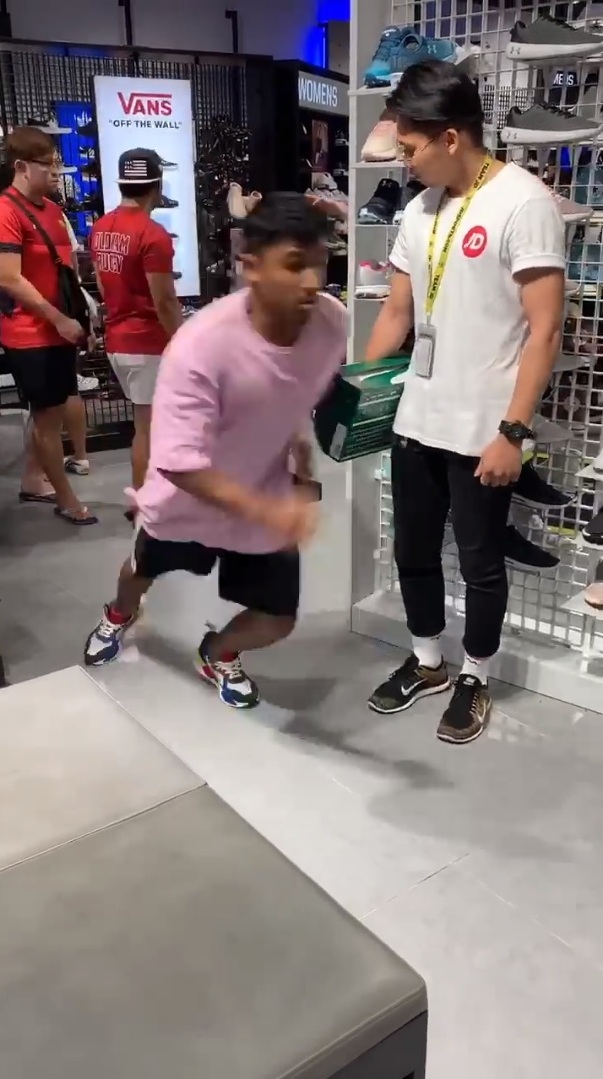 Of course, Martin went after him as well! Even shoppers nearby all took heed to check out what all the commotion was.

Good thing was Harvinth turned back and ran towards the shop again and saved Martin from all the running. 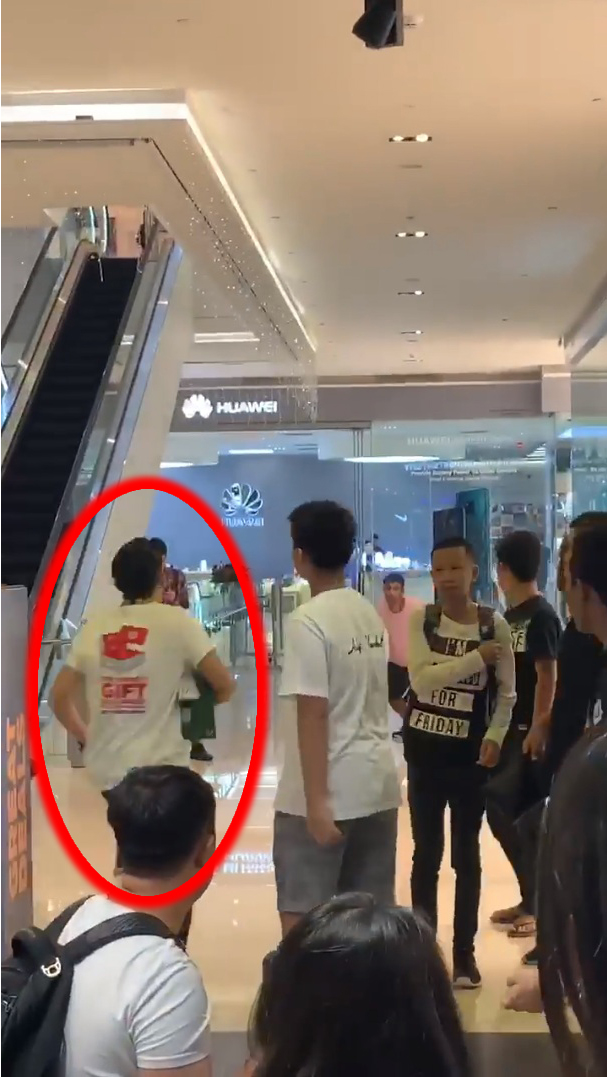 He was so relieved that the sneakers were not stolen after all and no loss was incurred. 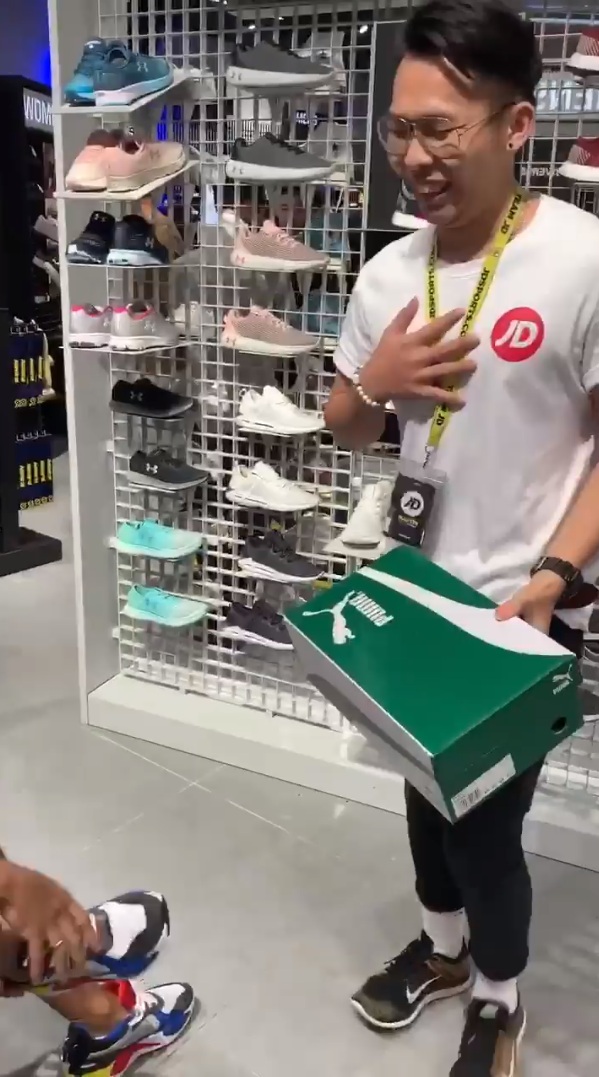 Not everyone can keep their cool after being played on. Martin was such a good sport although it might have given him the fright of his life.

Harvinth apologised for his prank and reportedly bought the pair of sneakers from Martin at the end of it.

Almost everyone agrees and complimented that Martin deserved a pay raise for carrying out his duties responsibly.

The CEO of the company, JD Sports, even replied to Harvinth’s Twitter reply and jokingly asked him not to scare his staff anymore.

Be sure not to follow Harvinth’s example or you might end up in jail for the failed attempt!

Check out the video uploaded by Harvinth himself which has garnered 21 million viewers laughing and commenting.