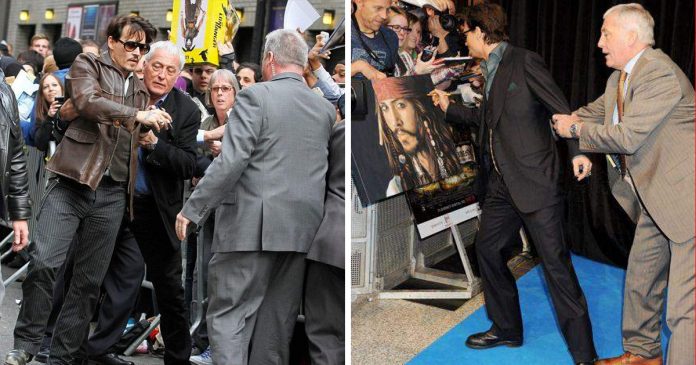 The 21st century sees Johnny Depp as a talented man in many fantasy movies. The popular ones remain to be the Pirates of the Caribbean franchise, Alice in Wonderland, and the most recent one is the movie sequel to Harry Potter series; the Fantastic Beasts.

As usual, the stars of the show were promoting the movie from province to countries  and fans realized something about him. Depp seems to be living in his own version of fantasy on the red carpet!

The utter surprise is: Depp couldn’t leave his fans alone 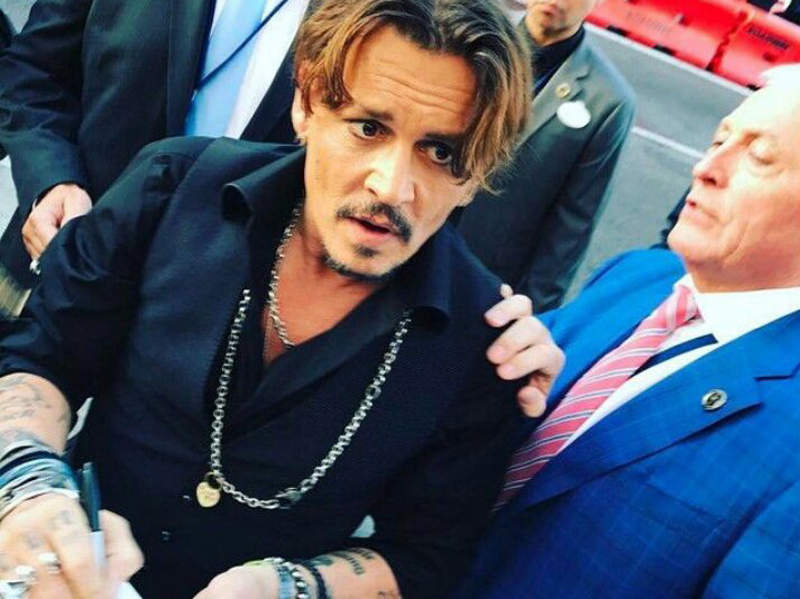 Depp shows serious love to his fans by giving them signatures on the posters, book, and anything they’re holding 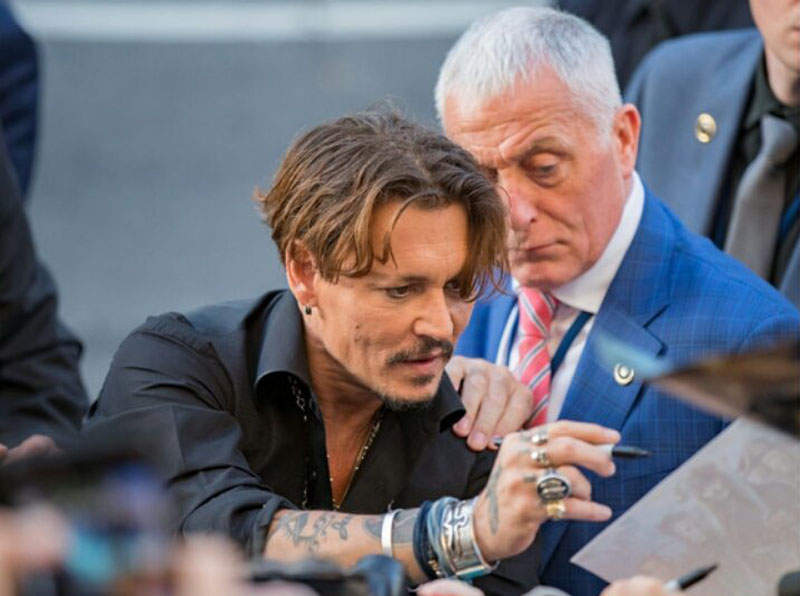 At 55 years old, Depp has never forgotten about the people who supported him and waited at each event to catch a glimpse of the star.

He’s so passionate to his fans that his bodyguard had to take serious measures! 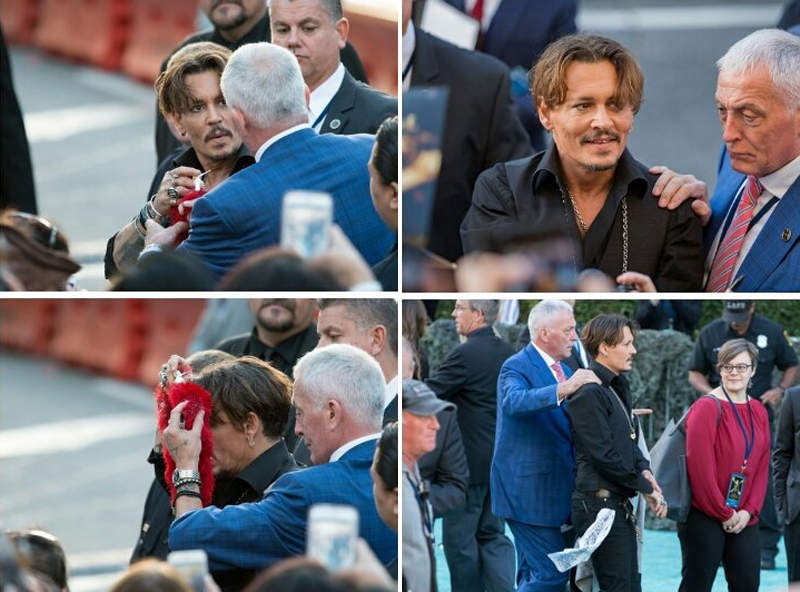 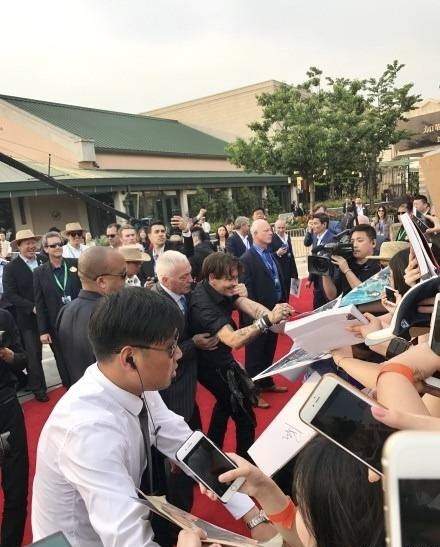 This happened in almost all the other movie releases too!

The hilarious thing is, it is the same bodyguard who pull him away from Depp’s fans all the time 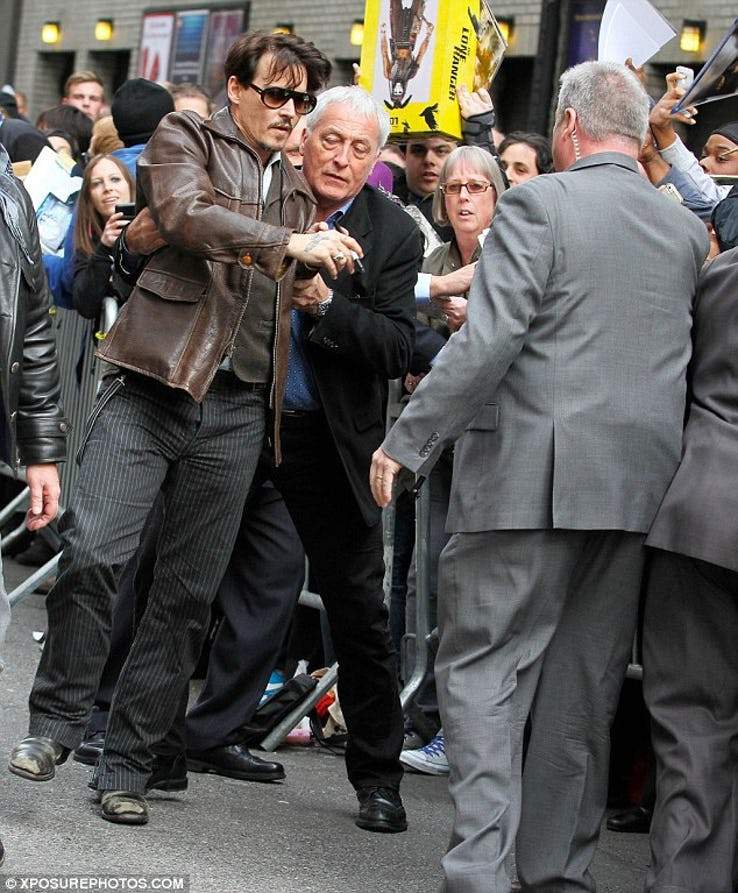 Although stern, the look on the bodyguard’s face is really funny! 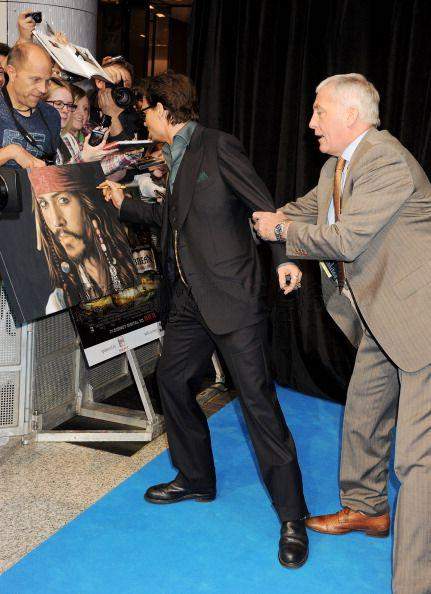 So, if you were to meet Depp at the red carpet, don’t be angry at him if he didn’t manage to shake your hand or give you a signature. Laugh at his bodyguard instead!