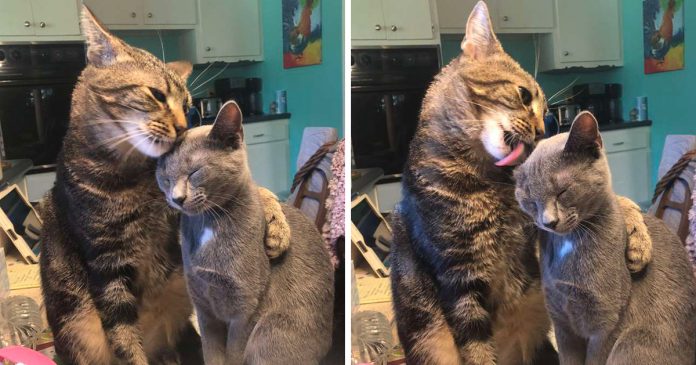 It is true that companionship is a comfort while loneliness kills a man. When we are troubled, sad or angry, our family and friends are the best people that we can lean on to for support and encouragement.

There’s always room for strangers to be friends. A shy and fearful stray cat finally opens his heart to his adopted family after knowing a new kitten.

Buddy, the stray tabby was found hiding between the branches of a tree by owner, Jazmin Felder, last year 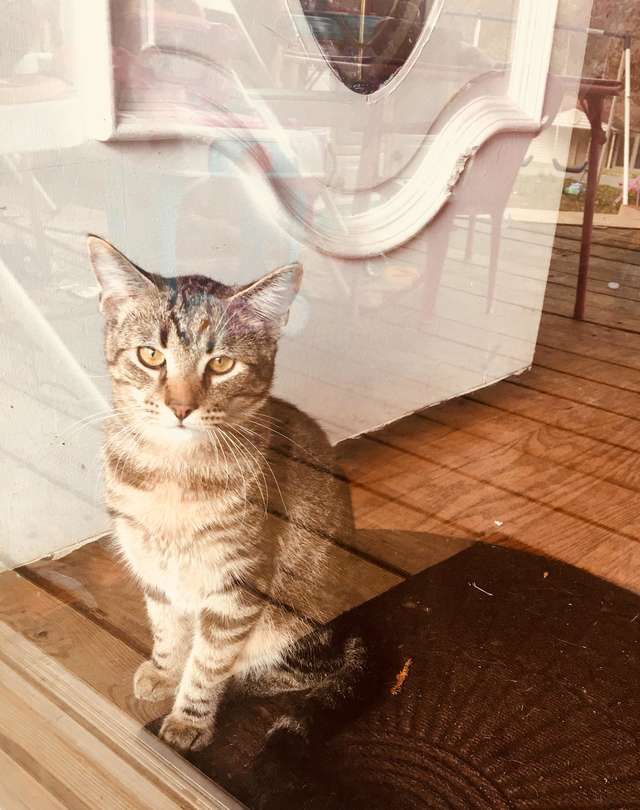 Felder has no idea how long Buddy has been quietly hiding there but it was happy to see Felder approached him.

Although shy, Buddy is grateful to his adoptive owner that already has 4 other cats in the house.

So when Buddy first joined the family, Buddy shied away from sleeping, playing and eating with Felder’s other cats. Buddy always kept to himself and couldn’t join the crowd. 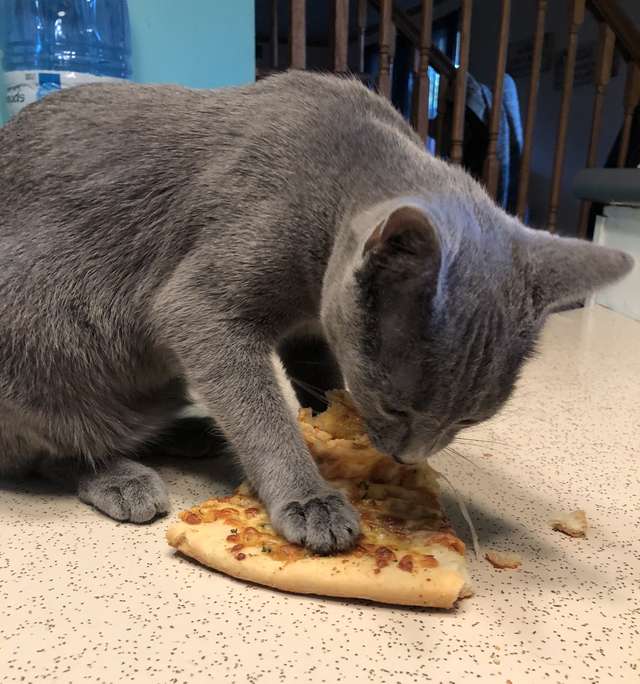 Felder shared, “When we first brought Hannah home, Buddy instantly came to see her. He has always been reserved and shy, but from the first moment of meeting her his entire personality changed.”

Hannah became an opportunity for Buddy to socialize with 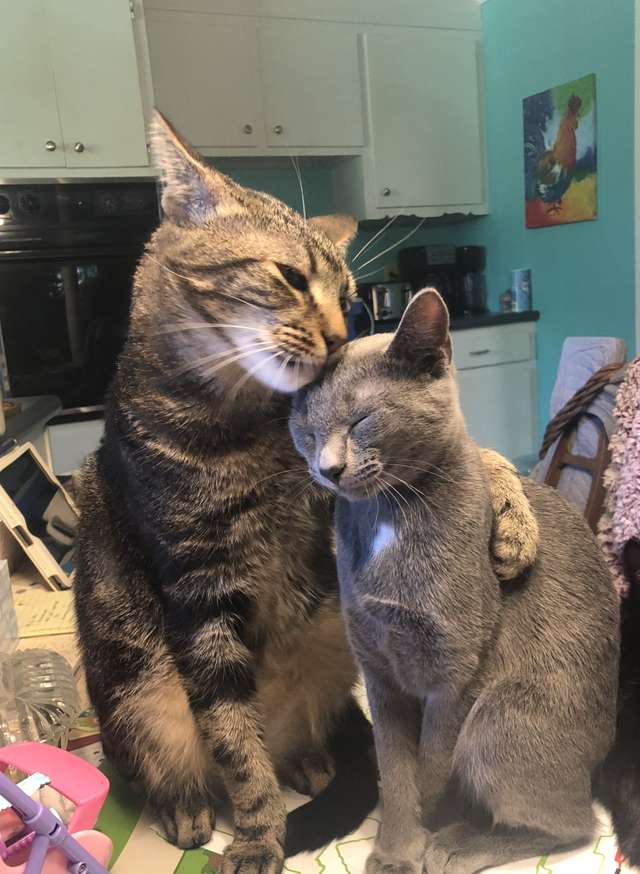 Now, Buddy and Hannah are always together 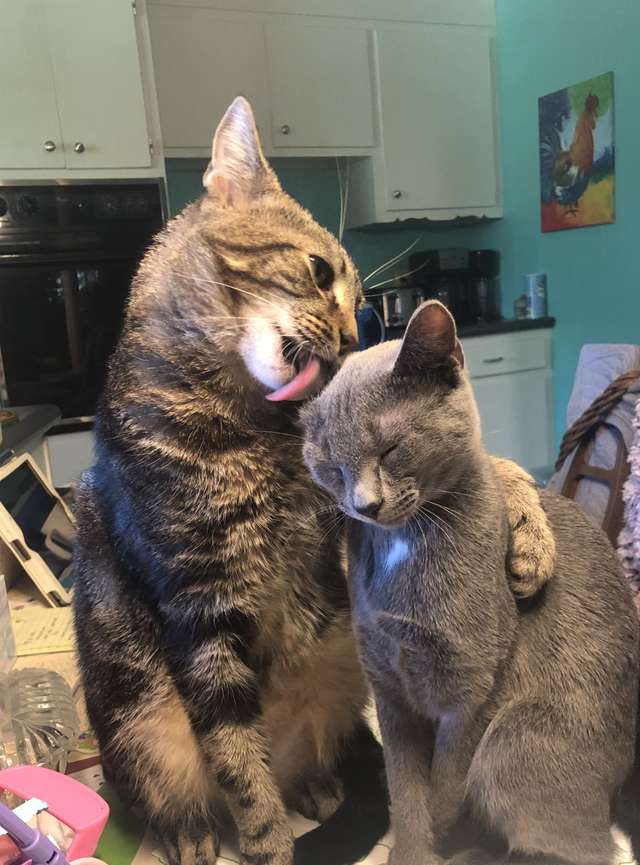 Hannah became Buddy’s precious friend. They show affection, hug and always comfort each other around the house.

With Hannah around, Buddy has learned to accept other cats in the house as well 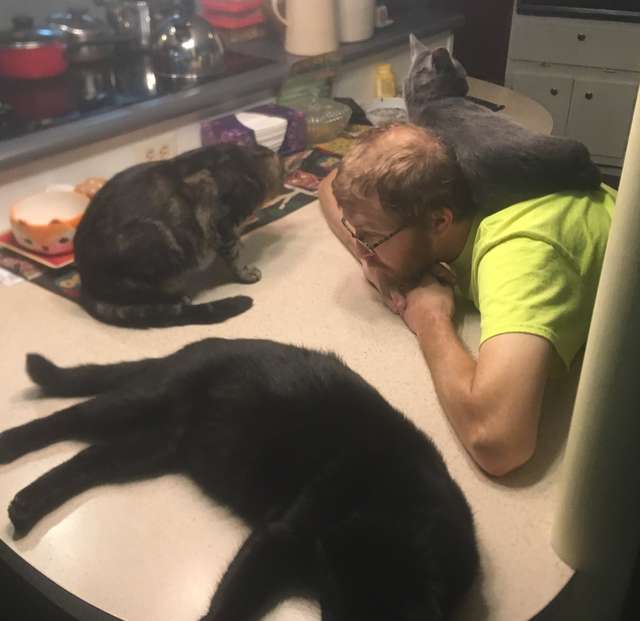 Felder is beyond elated that now all 6 rescued cats is a one big family and no cat is left out anymore.

Buddy is sure a happier cat now ever since Hannah has cured his loneliness. Felder also told theDodo that,“When you come across one cuddled up and sleeping the next thing you see is all five of the others right there as well,” Felder said.