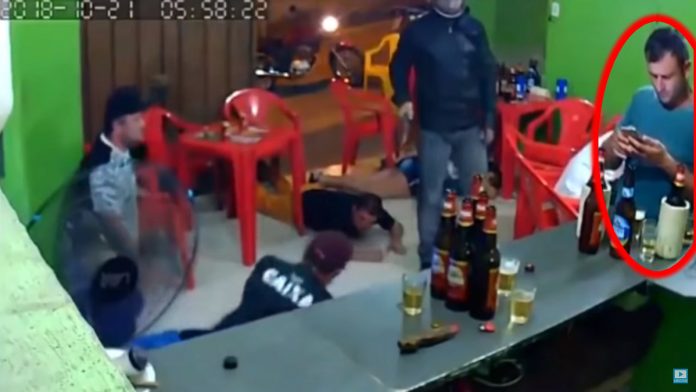 Have you ever get into trouble when you were not paying attention to what your mum was saying or your girlfriend was mad at you because you were not listening?

Well apparently none of us could top this man in Brazil who was so out into his own world through smartphone that he miraculously escaped unharmed and affected from an armed robbery!

It started when this grey-shirt champion walked into the bar, ordered a drink and immediately took his phone out. 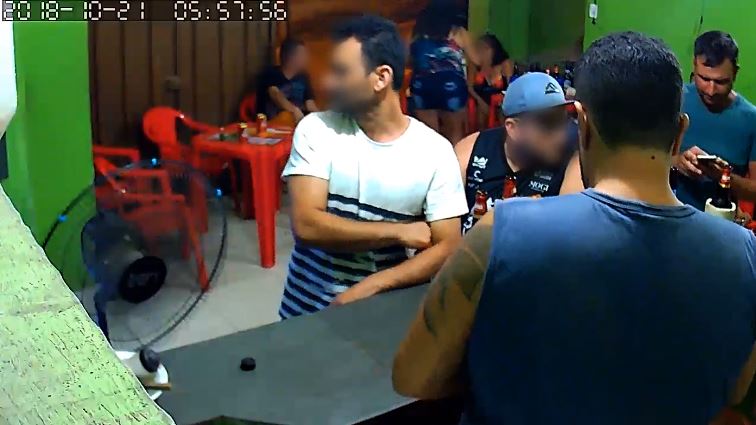 He stood there next to other burly guys surrounding him and did not move even there’s an empty seat behind him!

In a split second, a motorcycle arrived and a robber came in with a gun then ordered everyone to stay down.

While everyone scrambled with their feet down to the floor, the man on his phone is surprisingly oblivious to his surroundings and did not even budge!

The robber was busy taking the money in the till walked pass the man twice and he didn’t notice. 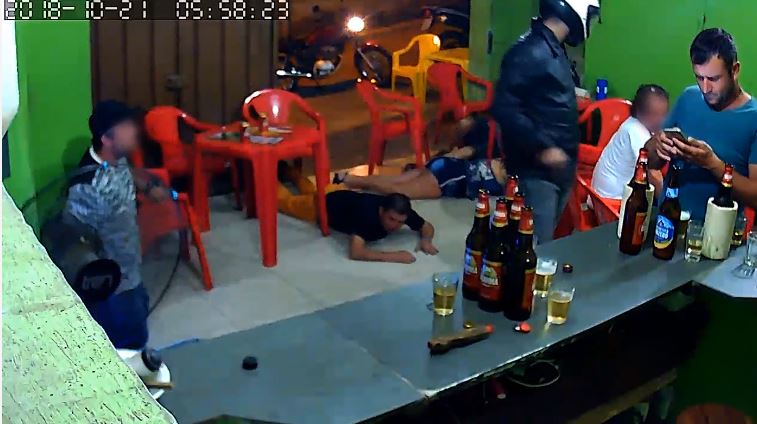 But to mention, the robber also equally ignored the only man left standing in front of the counter. Who is more oblivious now?

When he finally looked up, the robber has left. He even laughed at everyone on laying on the floor for looking so funny.

Fear only kicked in when he was told that they were just robbed.

Although his obliviousness and luck saved him, please be more mindful and aware of your surroundings in future!

Just surf newsfeed and nothing happens to you ?Credit: ViralHog