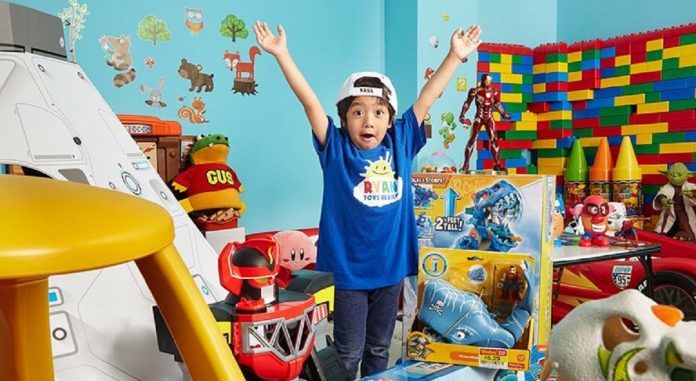 Ryan looked like any normal kid you know in your neighborhood, but the only difference is that he’s a millionaire. It’s not easy to secure a job and find money these days but this first grader managed to make millions just by playing toys!

You will never imagine a kid this small have millions in his account.

Ryan’s channel rose to fame after his video of unboxing giant egg surprise with more than hundreds of Pixar’s Cars toys went viral. The video has currently reached 935 million views and you can watch his cute reaction to the toys on his channel.

Ryan was only four when his unboxing video circulated all over Youtube.

When asked in an NBC interview of why his popularity exploded, Ryan cheekily revealed his little secret.

You name it, Ryan reviewed almost all kinds of toys available!

Made almost $11 million last year alone, Forbes reported that the 7-year-old climbed all the way to the top this year as the highest-paid Youtube Star — earning up to $22 million in the 12 months leading up to June 1st, 2018.

“When Ryan was younger, he would watch kid YouTubers and said he wanted to film videos just like them,” explained Ryan’s mother.

Ryan with his family surrounded by all different kinds of toys.

Ryan first started his channel, Ryan Toys Review with the help of his family. His parents helped recorded and uploaded his unboxing videos since March 2015 as he reviewed and delightfully gave commentary on each toy he played with.

Besides toys, Ryan’s channel now revolved around his daily life and a lot of educational videos. Recently, Ryan turned into mini-mogul as he launched Ryan’s World in August—a toy and apparel collection sold exclusively at Walmart.

Ryan is excited to find himself on the shelves!

Have a lot going on at a very young age, we hope this cute little boy enjoyed everything he did as much as we enjoyed watching him!