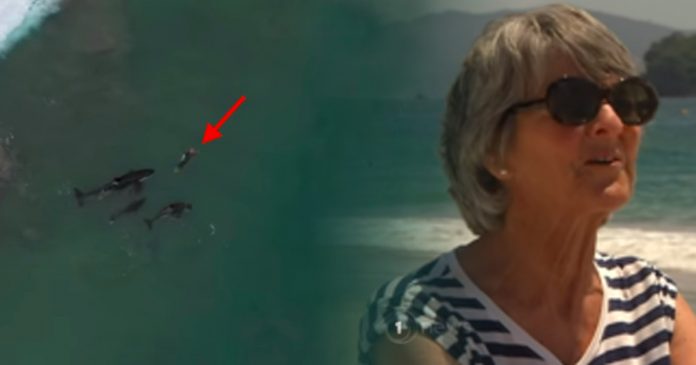 A lot of people enjoy swimming in the wide open sea while adoring the beautiful sea creatures together with the fishes. But what if you swim with the dangerous kind that might have mistaken you for their food instead?

This is exactly the once in a lifetime experience had by Judie Johnson, a 60-year-old Hahei resident from New Zealand. Judie who normally meets up with her friends for a morning swim went to the beach that day like usual.

Apparently, none of her friends turned up that morning so she thought she’d just swim alone.

That was when Judie found herself encircled by three orcas underneath her, playfully swimming. One of the orcas—the largest one even nipped at her toes! Orca which is also known as a killer whale is a toothed whale belonging to the dolphin family.

Judie swimming with the three orcas.

“There was a shape that went under me, like a huge shape. I thought they were dolphins and I was quite excited, and then I saw the great white color on the back. Oh my god, these aren’t dolphins, these are orcas!” Judie told 1 News.

“I was also thinking that they eat seals and I am in a black wetsuit.”

This extraordinary moment of Judie surrounded by an adult, juvenile and calf orca was recorded in a drone footage captured by visiting Australian tourist, Dylan Brayshaw.

“I’ve seen trainers get harmed in captivity but in the wild, I didn’t know what to expect. I would have thought she would have just stayed out of the water and walk back. But she got back in the water and incredibly continue the training swim,” said Dylan.

Dylan was shocked that Judie initially got out of the water but returned to complete her swim.

Judie explained her unimaginable experience as she remembers gazing directly into the adult orca’s huge eyes and her fear quickly turning to joy.

“It was so different to anything that’s happened to me before, and I thought, no, this is a life-changing experience. They were as interested and curious about me as I was about them.” 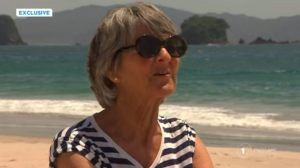 How lucky of Judie!

Watch the extraordinary drone footage of Judie and the orcas here: