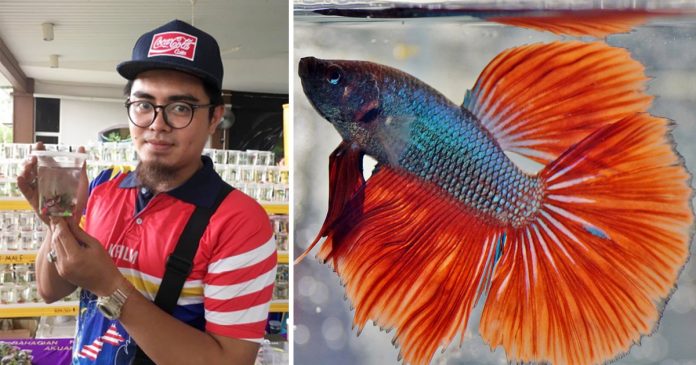 This 27-year-old Malaysian has always been a fan of Betta fish since a very young age. This hobby of his became the reason he quit his job and turned into main source of income for his family.

“Usually I will go straight to my aquarium to see my fishes as soon as I get back from work to wind down and admire their beauty. Sometimes my wife is jealous because I love looking at them more than I look at her,” said Fajiha jokingly.

Fajiha is showing some of his fishes, ready to find new owners.

Betta fish is a type of Siamese fighting fish that is popular for its beautiful appearance and mesmerizing color.

Remember this default wallpaper that they used to have for Iphone users? Well, it’s a betta fish you are seeing. 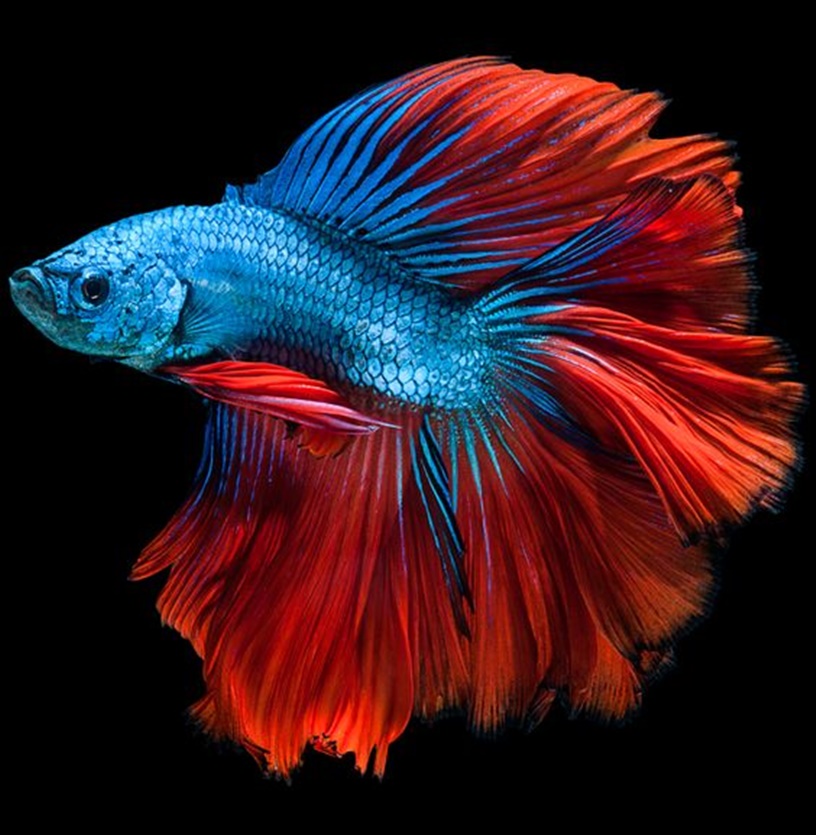 The man called Mohd Fajiha Alaihis only kept fighting fish as a hobby while he was still working as an engineer back then. Later that hobby grows on him and he revealed to FMT how it all started.

“One day, my sibling bought a good quality parent fighting fish. I tried to breed the fish and managed to sell the first baby fish in Singapore for SG$200 a pair (equals to US$145),” said Fajiha.

“That was the time when it hits me that breeding and selling fighting fish could make a lucrative income.”

Fajiha’s fishes can be bought as low RM3 and some can even reach to hundreds.

At that time Fajiha was an engineer with a salary of RM1500 per month. Being married, the amount is definitely not enough to feed his small family. That is when Fajiha took things into his own hand and decided to quit his engineering job and took up the challenge to start a new career.

Risking his career is all worth it as Fajiha mentioned that he makes a five-figure salary in this field now, which is probably 10 times more than his old salary.

He owns a shop and selling 8,000 fighting fish of various species.

Fajiha is now an active fish breeder and seller based in Kemaman, Terengganu and also the chairman of the Malaysian Fighting Fish Club established in 2017.  He mentioned that there is high demand from neighboring countries Singapore and Thailand for specific betta fish breeds like Halfmoon, Dumbo and Veil Tail.

The man explained that the idea of becoming a fish breeder didn’t just occur to him. He asked around a lot from veterans in the field and did his research to gain more knowledge. He even has a blog if you are interested in his fishes!

It is good to see Fajiha enjoy his hobby and earning money at the same time!

Why not share Fajiha’s story with a friend today? Who knows, it might spark the entrepreneur side of them!

Tearful Dad Selling Pens With Daughter on the Streets. Then a...