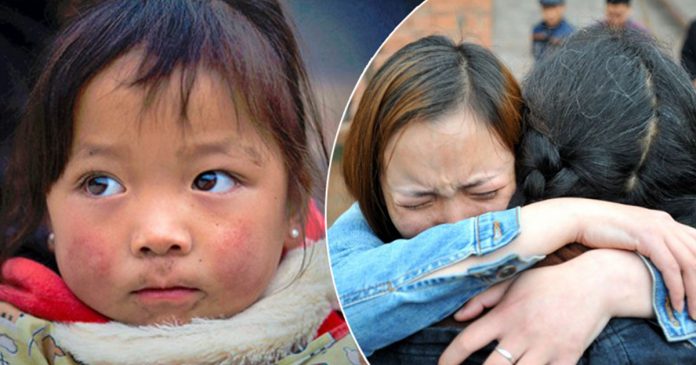 Auntie Ping was a blind widow who lived in a village. According to the village elders, her blindness was caused by extreme sadness and grief as she cried till she became blind after her husband died in an accident. Ping was a kind person and the villagers happily helped her.

Due to Ping’s blindness, she was limited to doing a few easy household chores. Ping would usually be seen idling near her house. The villagers admitted that they seldom saw her after Ping had adopted an abandoned two-year-old girl.

Ping may be blind but she had memorized all the roads in the village. One day Ping went to the village chief named Li Dama to return a few things she had borrowed. On her way back while passing a field, she heard the cries of a child and went to investigate.

She bumped into a small child lying on the ground 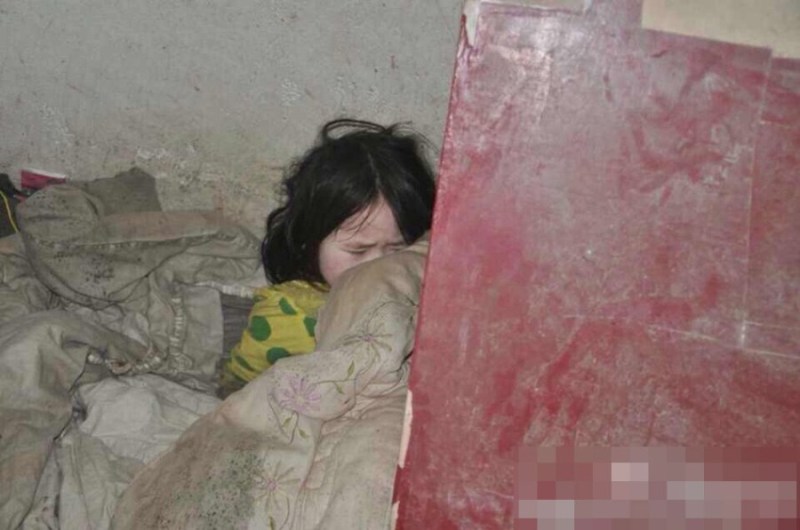 She touched the child and estimated that this child was around two years old and must have known how to walk.

Ping shouted: “Whose child is this? Has anyone lost a child?” But no one answered. The surrounding area was empty and quiet except for the cries of this little girl. Ping brought out a piece of candy and gave it to the little girl. The little girl refused to take the candy and kept on crying.

Ping had no choice but to wait with the child and hope that somebody would show up and take her home. Ping waited for a long time but no one came to collect the child. Ping dared not abandon the child alone in the field so she piggy-backed the child back home.

She then asked the villagers to spread the word of a missing two-year-old child. The villagers agreed to do so but half a month went by and there was no news at all. 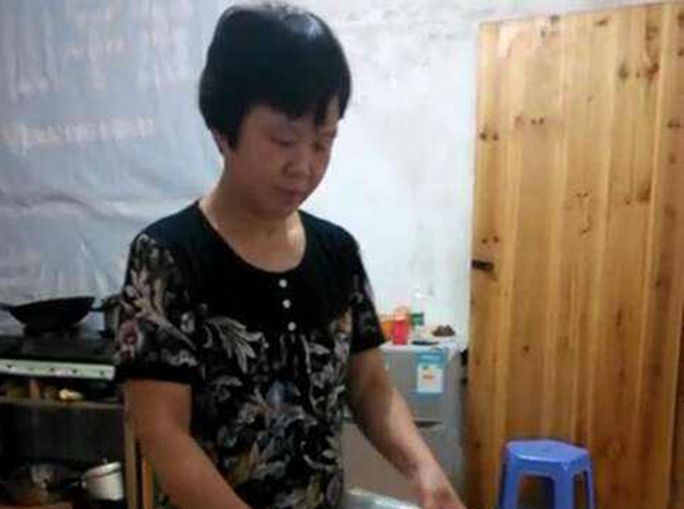 One day a thought came into Ping’s mind. This child had been wearing the same clothes when she was found and she needed new clothes to change into. Ping did not own any clothes that could fit a child so she started a long and tedious process of altering her old clothes to fit the little girl.

She asked a friend to take the girl’s measurements and through feel, she made the child new sets of clothing. While changing the girl, she found a piece of paper in one of the child’s pockets. Realizing that this may be the girl’s birth certificate, she hurried to her friend and asked her to read it out loud for her.

The paper was not a birth certificate and it did not contain any information about the child or her family. Ping’s neighbor read the note and a grim expression befell her. She said “Ping, this child was abandoned on purpose.

This piece of paper is not the child’s birth certificate. It is a hospital’s checklist. It says here that the child is mute. She is already two years old and yet she could not make a sound so she must have an illness! This child is not worth your time and money to look after her!”

“What? She is a mute? That’s so pitiful. How could her parents abandon her? If she was abandoned, then I will make her my daughter.”

“Ping! We know you are a very kind person and we will not be able to dissuade you on your decision to adopt her. Here is a bag of rice. Do not reject our kindness. Take it home and feed the child with it. We are neighbors after all.”

Tears came streaming down Ping’s face and she said “Thank you. Thank you so much.”

From then on, Ping became a mother. The only problem was that she may never hear her child call her ‘Mum’. 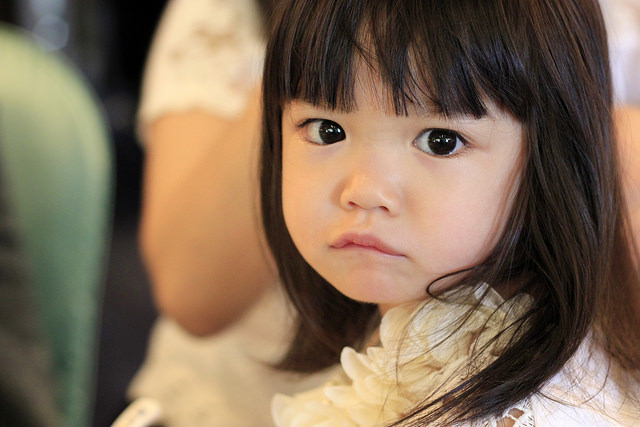 As the days went by Little Jie grew up. As Little Jie lived with her blind mum, she learnt to be independent at a very young age. Now Little Jie is about to start her schooling life but she was mute and could not speak a word. Other than the fact she was unable to speak, she was a healthy little girl. Little Jie might have trouble attending school in the village and this worried Ping tremendously.

One day Ping heard that there were massage parlors employing blind people to give massages to their customers. So Ping asked some villagers who worked in the city to take her for an interview. The proprietor told Ping to give it a try. Ping was eager to learn. When someone scolded or bullied her, she endured because she wanted to earn money in order to let Little Jie attend school.

A month later, Ping mastered the art of massaging. The only problem was her strength. Ping was able to massage like a professional and people are starting to praise her. Slowly Ping was able to earn some money and allow Little Jie to go to school.

Little Jie started school but she had to live by herself as Ping had to work in the city. Ping would come back and visit Little Jie on Sundays and she would bring back some nice food and schooling supplies.

Little Jie did not let Ping down as she would consistently be in the top 10 of her class. Ping knew Little Jie would be bullied in school but all she could do for Little Jie was to earn money and give her adopted daughter a chance to live a normal life like other children.

Little Jie was very understanding. She did not feel humiliated living in a disabled family. She was happy that Ping had adopted her. She was disappointed that she could not call Ping ‘mum’ or that Ping could not see her write the word ‘mum’.

Little Jie graduated from primary school and needed to further her studies in a secondary school in the city. She was happy because she could be with mother every day. Little Jie made sure she did all the household chores so that Ping could rest.

For 10 years Ping worked and brought Little Jie up. Little Jie was about to enter university and Ping was very happy. She brought a child up by herself and this made her feel like she had accomplished something great.

Her only disappointment was that Little Jie was mute and she tried looking for doctors who may be able to cure Little Jie of her muteness. But it all came to naught. She knew if there was a cure to Little Jie’s muteness, she would need a lot of money. For the past 10 years she had worked hard to earn money that was needed for Little Jie’s medical procedure.

Time flew by and Little Jie graduated from university. When Ping looked back on the day she picked Little Jie up from the street and adopted her, she could hardly believe that 20 years had gone by. Ping did not forsake Little Jie as she raised and educated Little Jie.

Ping had not seen or heard from Little Jie after she graduated from university. It had been a year since she was last with Little Jie but she was happy for her because she knew that Little Jie was undergoing treatment. Little Jie’s teacher has recommended the girl to a public welfare hospital for treatment in which the success rate for the procedure was very high.

Ping would often dream of Little Jie running home and calling her ‘mum’. Countless times has she thought of how happy she would be if Little Jie could live a normal life.

Every time she would think this, she’d smile 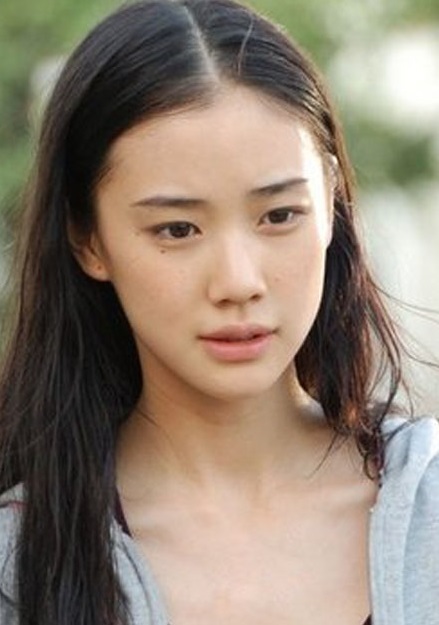 Half a year later Little Jie finally returned home. She did not tell her mum when she would reach home because she wanted to surprise her mother. Little Jie stood in front of her house and knocked on the door. Ping went and opened the door.

“Excuse me, miss, who are you and why are you calling me mother?” Asked Ping

“Mum, I’m Little Jie, I’ve come home. I went for treatment you remember? The treatment was a success. I can speak now. Mum!” Little Jie explained.

“Little Jie, I….” Ping could not finish her sentence. 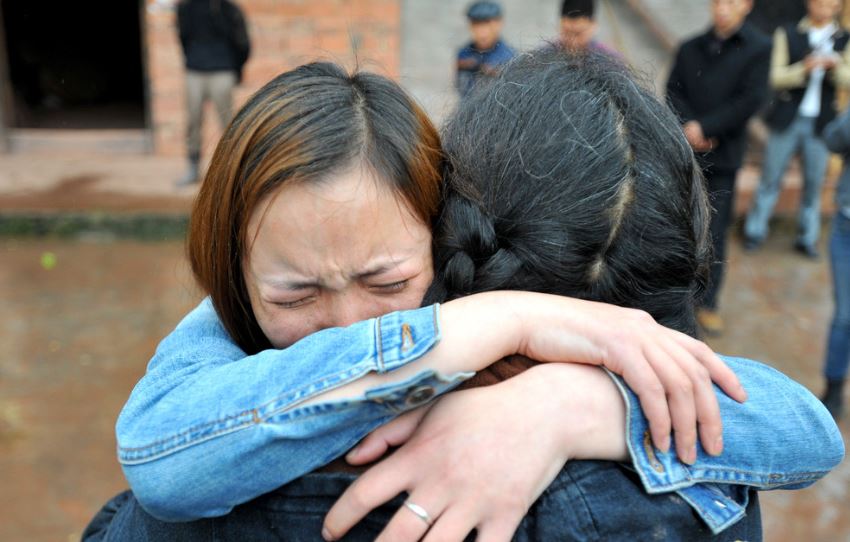 Little Jie then met the love of her life and got married and Ping was invited to stay with them. Little Jie thought of how she was abandoned and that it might not have been such a bad thing after all. If she was not abandoned, she might not have met her mother ‘Ping’. Little Jie also thought that she led a happy childhood with mum ‘Ping’.