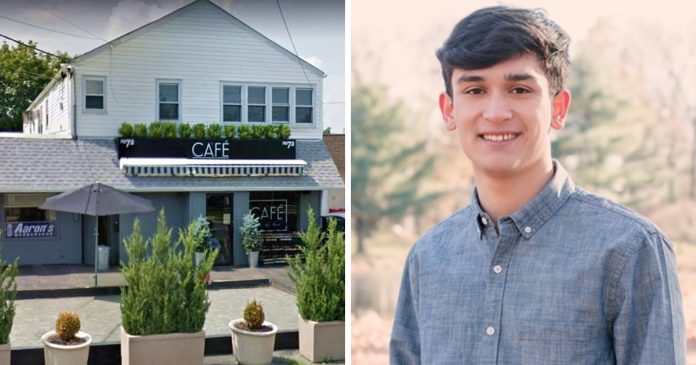 There are many things in life that is out of our control. When someone close to us has left us, we wished to pay our last respect by attending his or her funeral. But what if you need to choose between funeral and work?

This is exactly the decision a college student from the College of New Jersey needs to make. Working part-time as a hostess at Cafe 72, she texted her manager asking for time off to attend her close friend, Michael Sot’s funeral.

In the screenshots showing the conversation between the student and her boss named Katie, the public couldn’t help it but react negatively upon knowing the shocking situation. Accusing her college student worker for not taking her job seriously, Katie has enraged many with her harsh words.

When the college student politely asked time off and trying to find if anyone can cover her shift so that she didn’t leave her boss hanging, Katie’s respond is just too much.

She politely asked beforehand if there’s anyone available to cover for her so that she can attend the funeral service.

“Just don’t come back. I like you but I’m sick of all staff not taking their job seriously and just expecting me to cover all of your shifts. I have a business to run at the end of the day. And a family,” said Katie in the text.

Katie suggested that the hostess didn’t have to come to work ever again if she decides to attend the funeral.

When the screenshots went viral, Cafe 72’s co-owner, Ben (Katie’s husband) posted a lengthy apology to the restaurant’s Facebook (which is now deleted) and said it was a misunderstanding and the worker wasn’t fired. He also mentioned that they have donated $1000 to Sot’s fundraiser.

Sot was killed after an impaired driver smashed into his vehicle.

What has been done cannot be undone. Ever since the conversations have been shared in the Internet, the couple owner of the cafe has received widespread backlash and boycott from customers.

21yo has been dubbed as Japan’s most beautiful truck driver and...