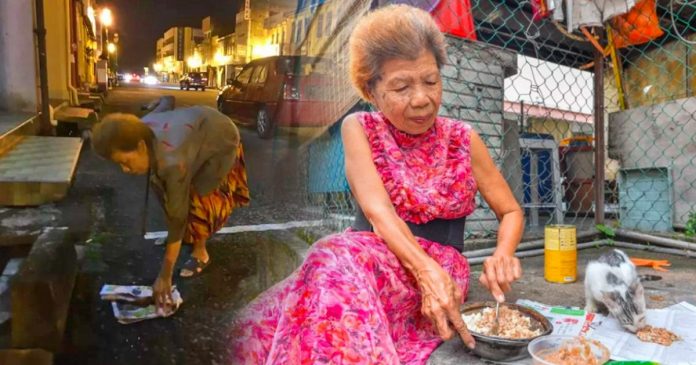 Kim’s love for animals goes beyond money and her own health. Even when she needs a walking stick to get around, this kindhearted Malaysian woman never misses her chance to feed stray dogs and cats every single day.

Kim needs a walking stick to move around. 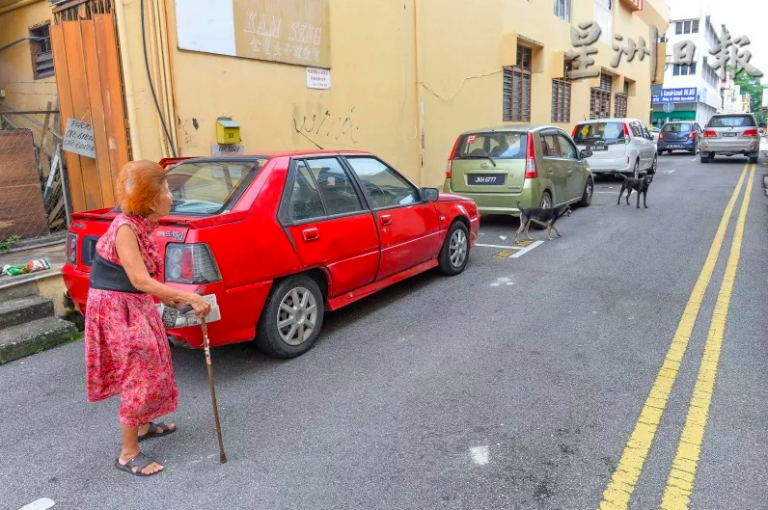 “I love animals. When my husband was still alive, we raised more than 10 dogs together. We can’t take all of them (the strays) in due to limited space. So we feed them on the streets to prevent them from starving to death,” told Kim to Sinchew.

This loving lady owned a hair salon but started to feed strays full time when she retired from her business. She’s often seen driving her red car and would take more than 10 stops per day merely to feed the stray animals.

Kim drove her car to feed the animals. 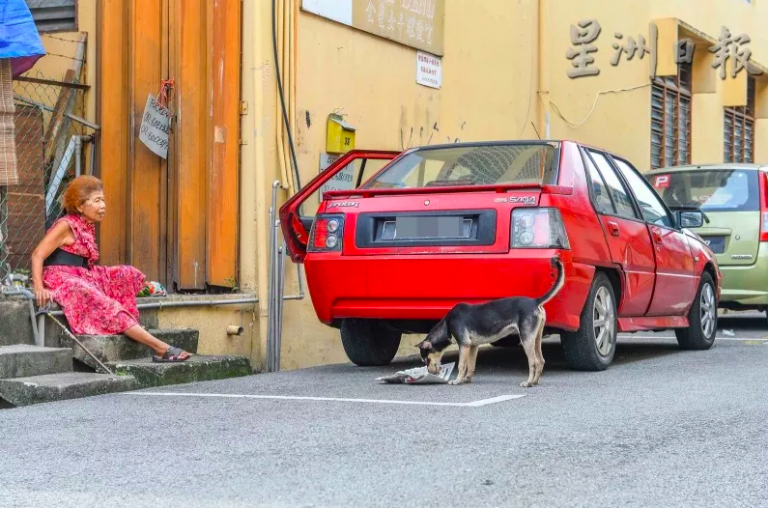 She brings along food containers and stores them at the back of her car. 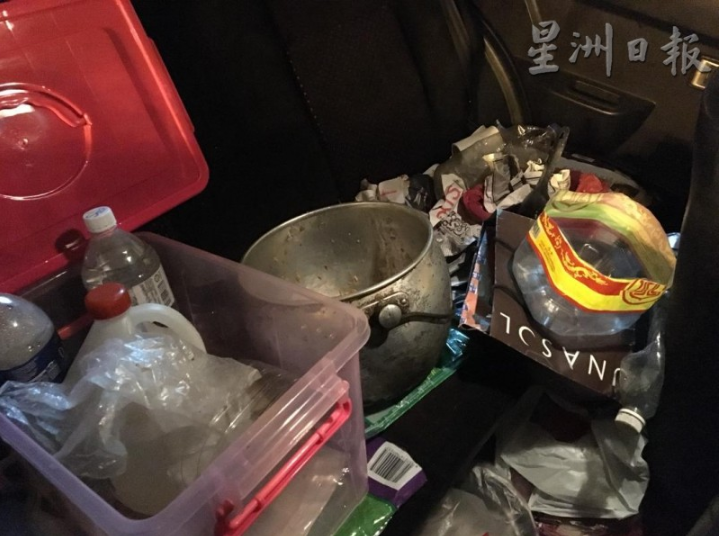 Kim is also very particular on how she would feed the strays as cleanliness is her utmost concern. Instead of leaving the food on the ground like the one we usually see, Kim will prepare the food and serve it on sheets of newspaper to be eaten by the strays. She usually mixed rice with sardines for them.

“Some people will leave after setting the food on the ground. They wouldn’t wait for the animals to finish eating to clean up. That’s actually wrong. They should also feed the animals in back alleys and not in front of people’s houses or shops.”

Cleanliness is important even when you feed stray animals. 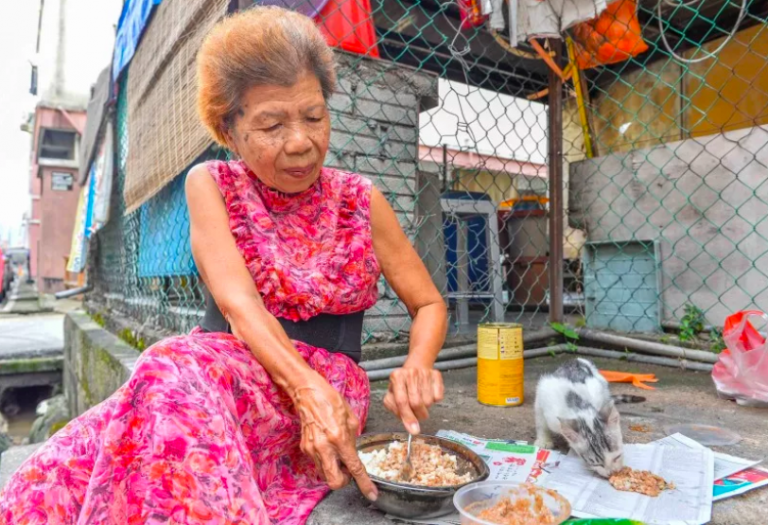 Her love for animal does not stop at just feeding them on the streets. She would take home injured animals to heal their wounds.

Kim used to feed the strays at midnight to avoid being judged by passersby. As she is quite old, Kim became an easy target for robbers several times before. She even ended up with injuries in one incident and has stopped midnight feeds since.

“Now, I would feed the strays until 8 PM and call it a day. A lot of volunteers are feeding the strays these days, so I don’t have to go to so many places anymore.” 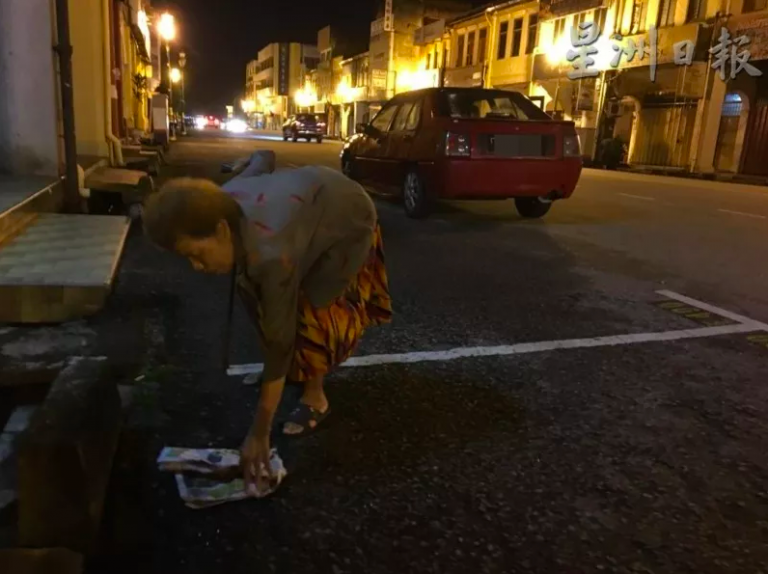 Kim reportedly never once asked for any donation to feed the strays and spend around RM800 (USD191) every month for their food. Someone once offered RM200 (USD50) to her when they saw her feeding the strays, but she refused it. Now her son helps to cover the cost.

As her late husband has left her with some money and her son is supporting her, Kim assures that she will continue feeding the strays in the future.

“Not everyone is going to like what you do, so I will do what I think is right.”

“You can judge a man’s true character by the way he treats his fellow animals” and Kim is definitely one of the best.

This mom was crowned as the world’s ugliest woman and endured...

Honest 13-yo boy returned lost wallet and receives scholarship worth $7727...