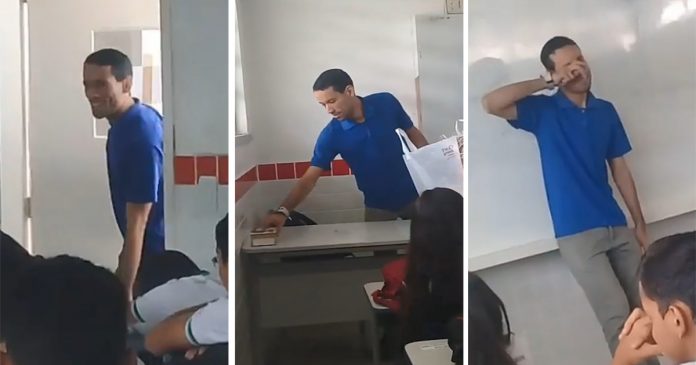 Not everyone can be a teacher as it is a challenging job, especially when there is only so much that teachers could do within the classroom walls. However, as challenging as it could be, it is also truly rewarding as many teachers take pride in their role of shaping the right mindset of their students.

For Bruno Rafael Paica, he knew very well what the challenges that he may face when working as a substitute teacher in Brazil. One of the challenges includes not getting paid on time.

Bruno was not included on the payroll list and that led to him not getting paid for two whole months. However, he still comes to the school and teaches as usual.

Little did he know that his students had planned something special for him.

In a Facebook post which has moved millions of people around the world, Bruno was shown entering his class as usual. 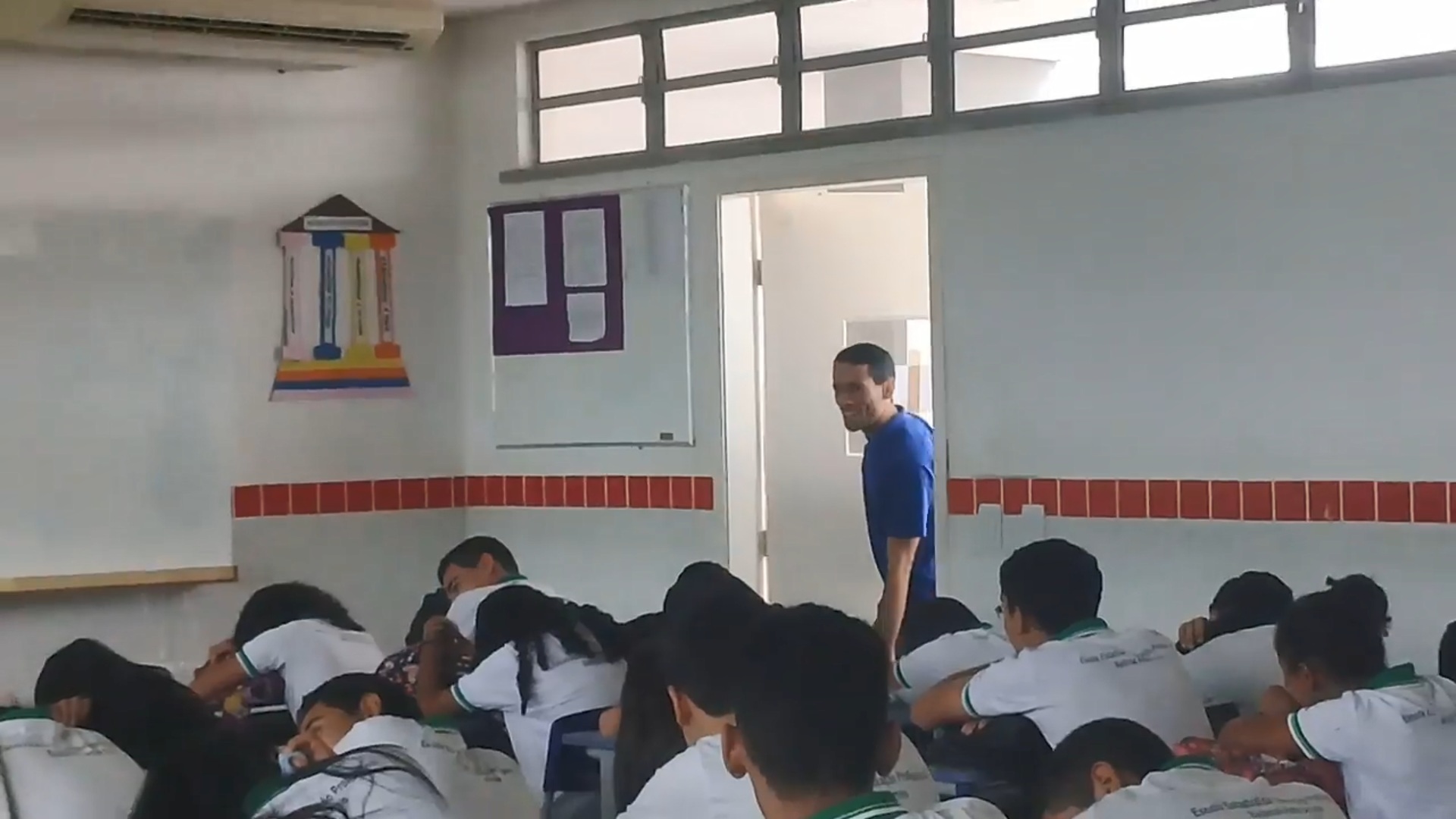 The video shows the students behaving better than usual which leads to him being curious. The students then asked him to read something outside the window.

The dedicated teacher later did as he was asked before they asked him to read the notes they wrote on every table. 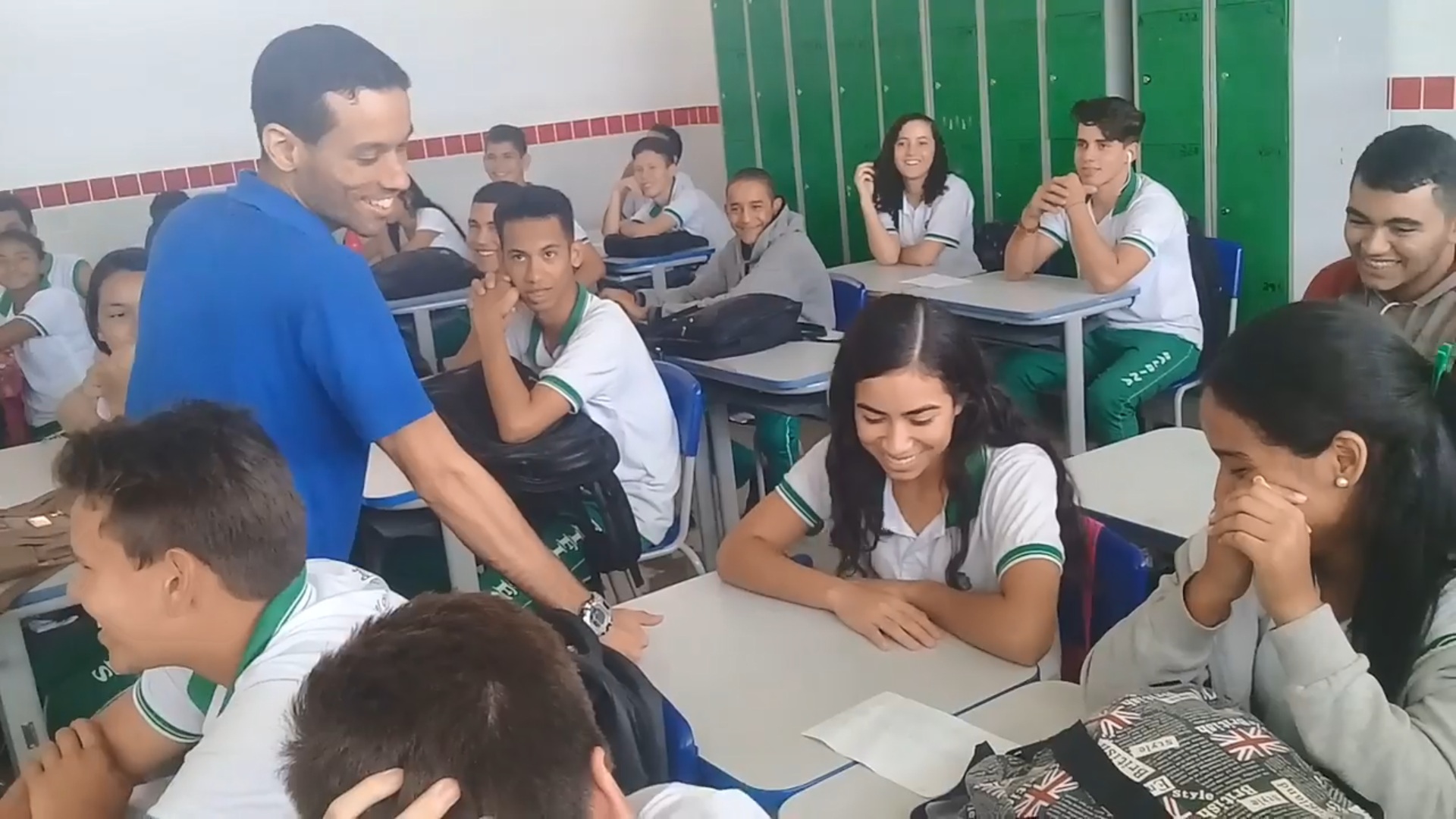 The video continues as Bruno walked towards his desk after going around the classroom. That’s when he found a small box. 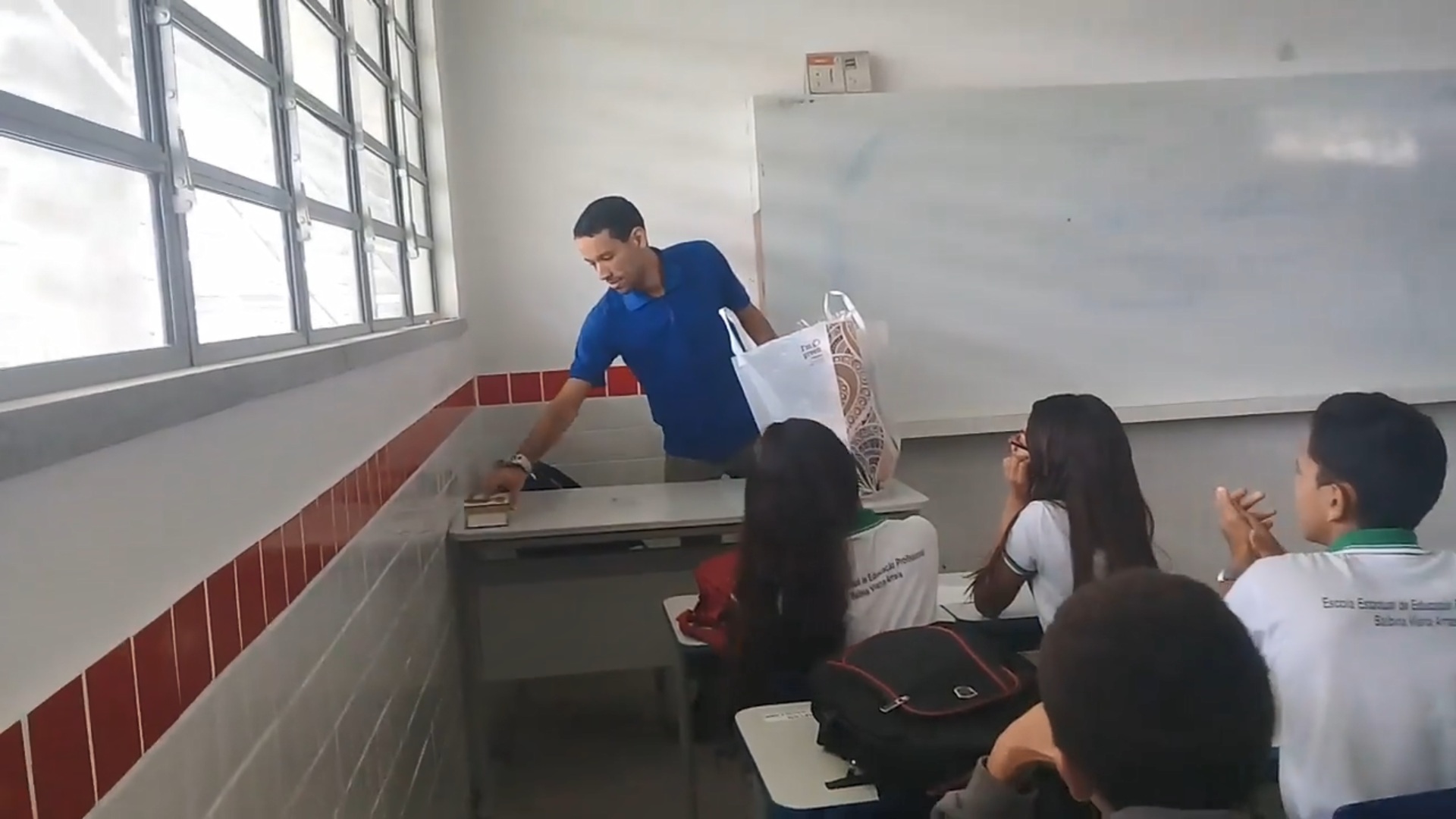 It was definitely touching when he learned that his students had raised funds to save some money for him.

The box actually contained cash from the funds that the students raised. 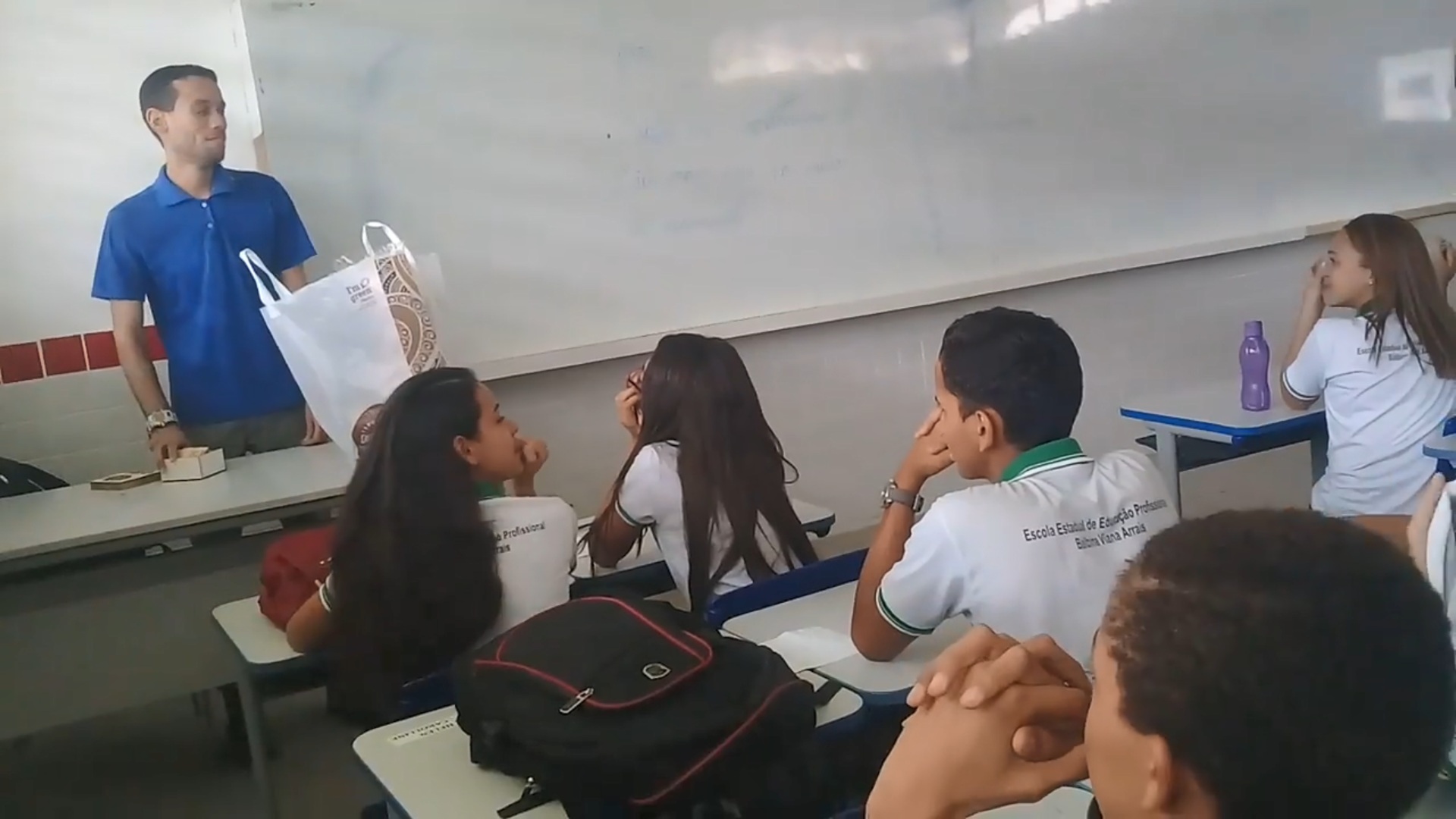 Apparently, the students knew about the ordeal that he went through and they hoped that the money would help lighten his burden to make ends meet.

Bruno was obviously moved by his students’ thoughtful gestures and burst into tears afterward. 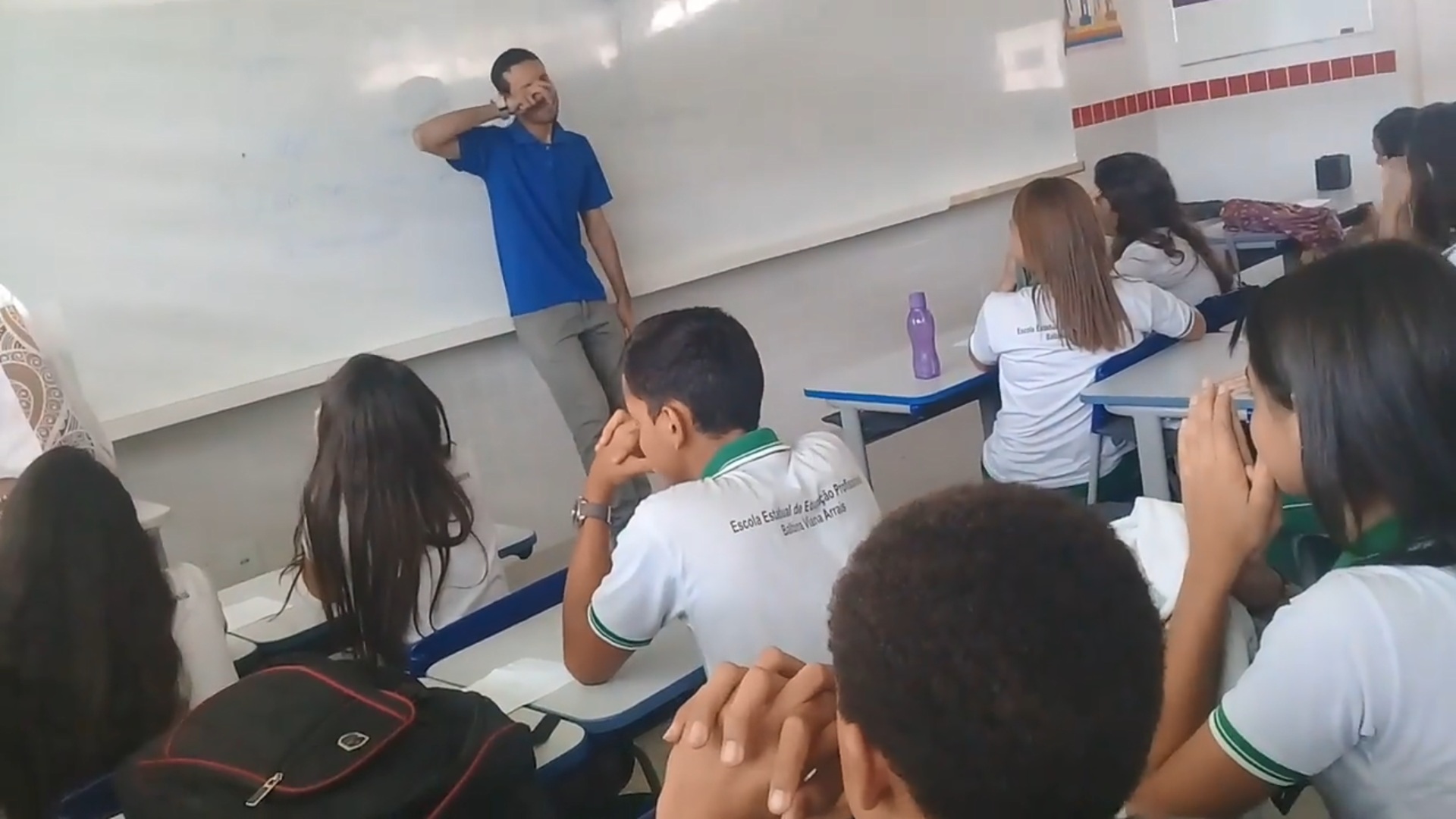 Bruno is definitely doing his job right! It’s only been two months and his students are showing him appreciation for what he has done for them.

Get ready to watch the full touching video here:

Não sou de postar emoções pessoais. Mas essa foi muito forte e decidi dividir com amigos. Hoje quando entrei na sala do 1° #Edificações, a sala que mais dou aula e a mais danada kkkk, tive uma surpresa que realmente não estava preparado. Vai fazer dois meses e meio que dou aula e ainda não recebi nem mesmo o primeiro salário. Vida de professor não é fácil. O estado faz você trabalhar muito pra receber tudo de uma vez e você precisa segurar as pontas sozinho. Esse mês quando vi que não ia receber depois de um mês e meio de trabalho, vi tudo ficar preto, afundei na depressão preocupado e perdido sem saber como ia pagar as contas e ajudar minha família que está de mudança e com muitas das barreiras da vida. Esses alunos ficaram sabendo da minha situação financeira, minha dificuldade pra continuar na escola e por estar até dormindo em local emprestado já que não sou da cidade de Brejo santo, e sem me contar nada, correram atrás de comprar uma cesta da cacau show, fazer uma Rifa, correr que nem doidos pra poder vender todas na escola e arrecadar 400 reais para me ajudar. Tenho muitas salas que amei de coração ser professor, mas nunca nenhuma sala demonstrou tamanho amor, ajuda e carinho por meu trabalho de professor como o 1° #Edificações fez hoje. São alunos como eles, que me fazem ainda acreditar na Educação do país, acreditar no amor ao próximo, na compaixão de se colocar no lugar do próximo, e acreditar principalmente, no respeito e amor do aluno para com o #Professor de sua escola. MUITO OBRIGADO 1° EDIFICAÇÕES!!!VOCÊS SÃO O FUTURO QUE EU QUERO SEMPRE ACREDITAR ??❤️❤️❤️❤️❤️PS: Se pudesse compartilhava esse vídeo pra todo Brasil ver que existem sim muitos alunos que respeitam, amam e são gratos ao professor que tem na sua escola. Quem quiser pode compartilhar ^ ^PS 2: Desculpem a cara de chorão parecendo uma criança de 8 anos. kkkkkkkkkMy Campaign to help mehttps://www.gofundme.com/helping-teacher-bruno-and-studentsMy oficial page/ Minha página oficial https://www.facebook.com/Professor-Bruno-Paiva-181407899190616/In English I am not to post personal emotions. But this one was very strong and I decided to share it with friends.Today when I entered the room of the 1st # Edification, the room I teach the most and the most damn kkkk, I had a surprise that really was not prepared.It will take me two and a half months to teach and I have not even received my first salary. Teacher life is not easy. The state makes you work hard to get everything at once and you have to hold the ends alone. This month when I saw that I was not going to receive after a month and a half of work, I saw everything going black, I sank into the depression worried and lost without knowing how to pay the bills and help my family that is changing and with many of the barriers of life . These students learned about my financial situation, my difficulty to continue in school and to be sleeping on the premises because I'm not from the city of Brejo santo, and without telling me anything, they ran after buying a basket of cocoa show, do a raffle, running like crazy to be able to sell all in school and raise 400R$ reais to help me.I have many rooms that I have loved in my heart to be a teacher, but no room has ever shown such love, help and affection for my teacher's work as the # #Edification did today. They are students like me, who still make me believe in the education of the country, believe in the love of others, in the compassion of putting oneself in the place of others, and believe mainly in the respect and love of the student towards the #Professor of his school.THANK YOU 1 ° BUILDINGS !!!YOU ARE THE FUTURE I ALWAYS BELIEVE ??❤️❤️❤️❤️❤️PS: If you could share this video for all Brazil, there are many students who respect, love and are grateful to the teacher they have in their school. Anyone can share it ^ ^PS 2: Sorry for the crying face looking like an 8 year old. kkkkkkkkk

Bus driver ordered all his passengers to get off his bus...

Man respectfully buried 16,000 aborted babies and rescues hundreds to his...