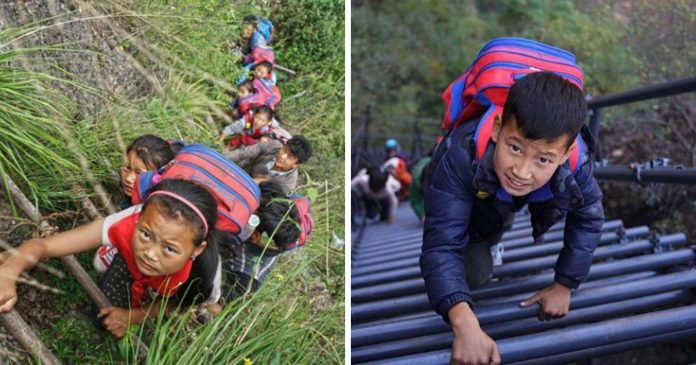 Back in May 2018, the world was surprised after the story about a group of children from Atule’er Village in southernmost Sichuan had to climb up and down an 800-meter dangerous cliff to go to school made headlines.

Using only 17 ladders that were set up across the cliffside, the children had no choice but to climb the ladders up and down in order to attend the class and to go back to their homes.

In the past, several deaths have been reported after some people fell off from it. 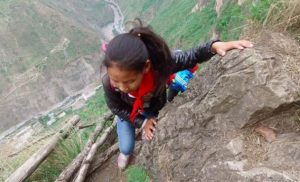 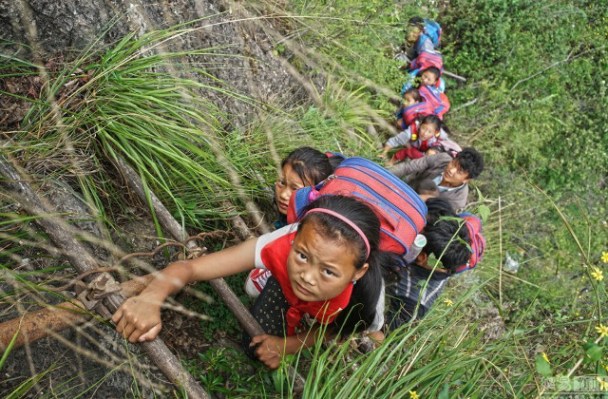 Thanks to the nationwide plea to the authorities, a set of steel steps were set up to replace the ladders. 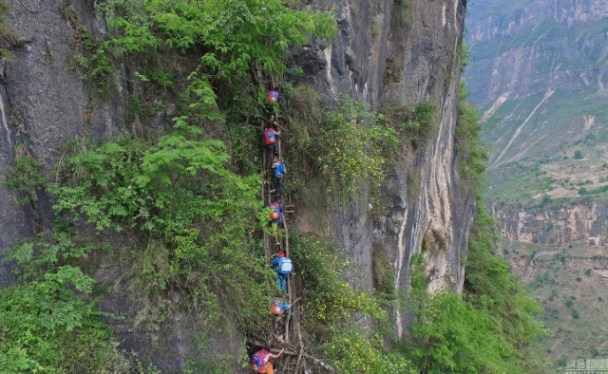 In October this year, the final leg of the project was finalized after workers put the last several bars in place before it could be used by the children.

The steel steps which are called “Ladders To Heaven” now help the children a safer option to school.

On May 5, 20 children from the village used the new ladders for the first time to climb back to their home after returning from the school at the foot of the mountain cliff. 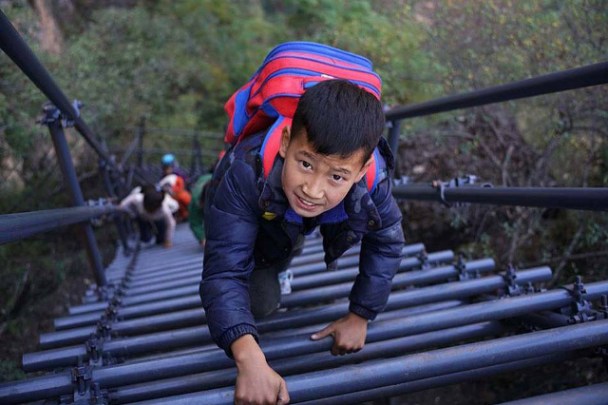 The children are not allowed to climb up and down alone as there must be adults who will accompany them throughout the trip. 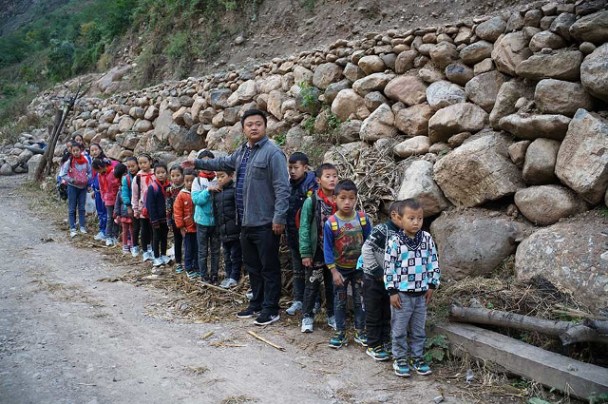 The parents also attach a rope to their child as precautionary measure. 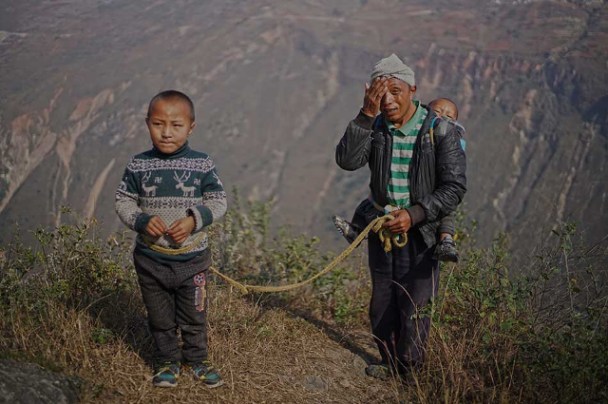 Even though it is similar to the old ladders in which both are nearly vertical, the new ladders are stronger and safer for the children at it is built at an angle of 60 degrees. 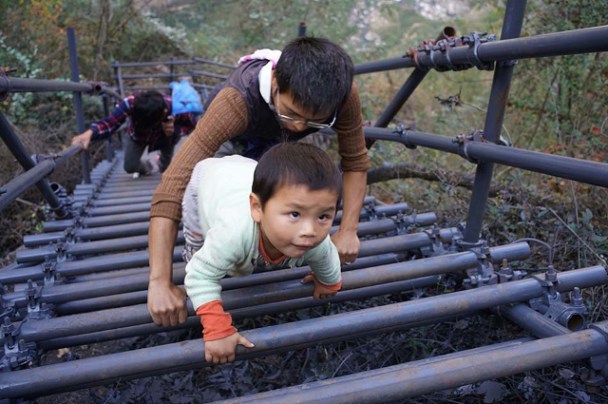 However, the trip is still challenging as children make several stops on their way up to the village 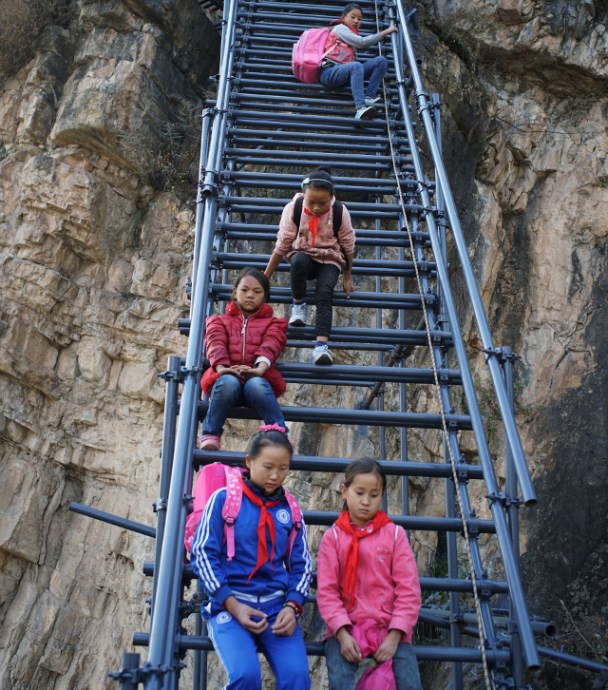 The arduous trip takes two hours to complete by using the new ladders. The old ladders are said to have taken them an extra hour. 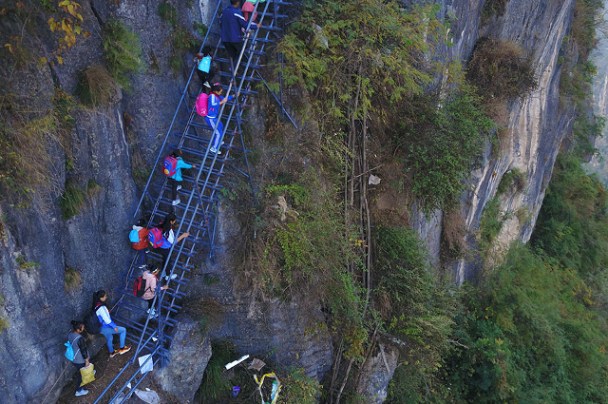 The steel ladders may not be even comparable to a lift but it proves that nothing could stop these children from going to school.