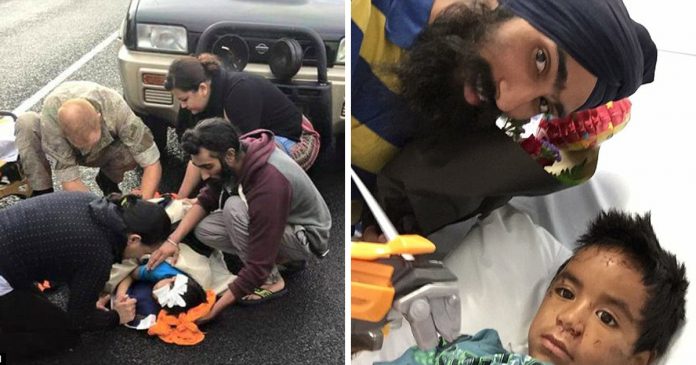 When 22-year-old Harman Singh saw a young boy’s head bleeding profusely after being involved in a car accident, he was not hesitant to cradle the boy’s head with a piece of cloth.

However, it was not just any kind of cloth that he used; it was his turban which was considered a symbol of faith in his religion.

Singh was at home when he heard car wheels screeching from outside and a commotion later on. Curious to know what happened, the Sikh man rushed out and saw 5-year-old Daejon Pahlia lying on the ground.

Pahlia was bleeding heavily after a car hit him while he was on his way to school on May 15, 2015.

Upon seeing the boy, Singh wasted no time and he quickly removed his turban and used it to cradle the boy’s head.

“I saw a child down on the ground and a lady was holding him. His head was bleeding, so I unveiled my turban and put it under his head,” he told NZ Herald. 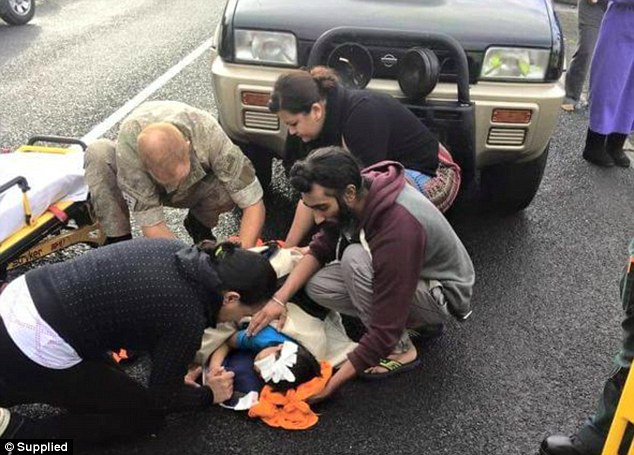 For Sikh men, wearing a turban is one of the five physical symbols of faith in Sikhism. For them, it represents their faith. So, Singh’s action of removing his turban when he came to the aid of the young boy was beyond a kind gesture.

Turbans are only removed in the privacy of their home.

Singh said that the protocols of his faith did not restrict certain actions during an emergency. “I wasn’t thinking about the turban. I was thinking about the accident and I just thought, ‘He needs something on his head because he’s bleeding.’ That’s my job – to help. And I think anyone else would have done the same as me.”

He stayed with the boy until emergency services arrived. He also visited the boy at Starship Children’s Hospital in Auckland four days later. 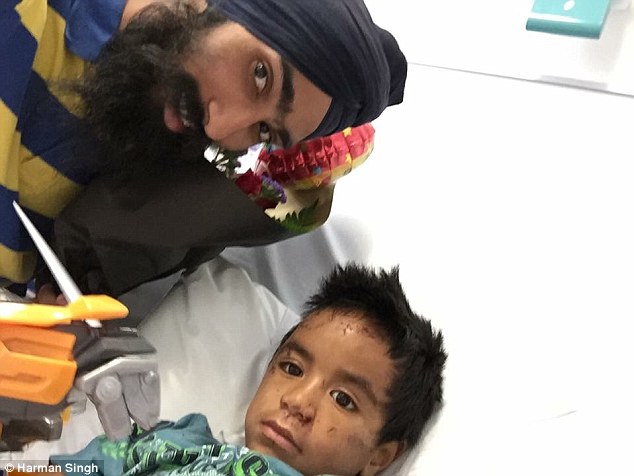 When the picture of him cradling the young boy with his turban tucked under the boy’s head became viral, Singh was immediately hailed as a hero.

He was really grateful for the kind messages and praises that he received on his Facebook page.

“Thousands of people have said ‘well done’. I was only doing what I had to and trying to be a decent member of the community,” he said in an interview with Daily Mail.

“Thanks to all who messages, calls… thanks all the worldwide Facebook members who messaged me. I think I just did my job nothing else.”

Thanks to his heroic action, Singh did not just get praises, he was also gifted some furniture after New Zealand television channel, One News, learned that the man slept on a mattress on the floor.

Later, the TV station reached out to Big Save Furniture chain store which offered to sponsor a lounge suit, a bed and a coffee table for Singh.

Singh was incredibly moved by the unexpected generosity that he received. He never thought that what he did to help the boy would end up with a big surprise.

“If he could see me right now – he would be proud of me,” he said, referring to his father who passed away the year before.