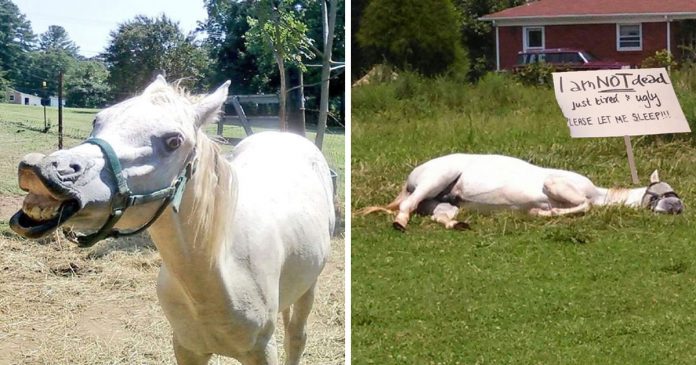 Many of us associate horses as majestic and smart creatures but it seems that this horse may not be one of them.

Meet Tango the horse who is so spoiled that its owner needs to pay him a little bit of extra attention to him, especially during the winter season.

Twitter user @mcKellogs shared Tango’s hilarious actions in a thread to show how their horse was the one that needed the most care and attention while they should be preparing for the cold season.

Unlike other animals in the barn which instinctively know how to get to a warmer and safer place like the barn when the cold weather hits, Tango does not.

The owner found out that Tango would rather stand in the coldness of the thick layer of snow than finding his way to the warm barn. 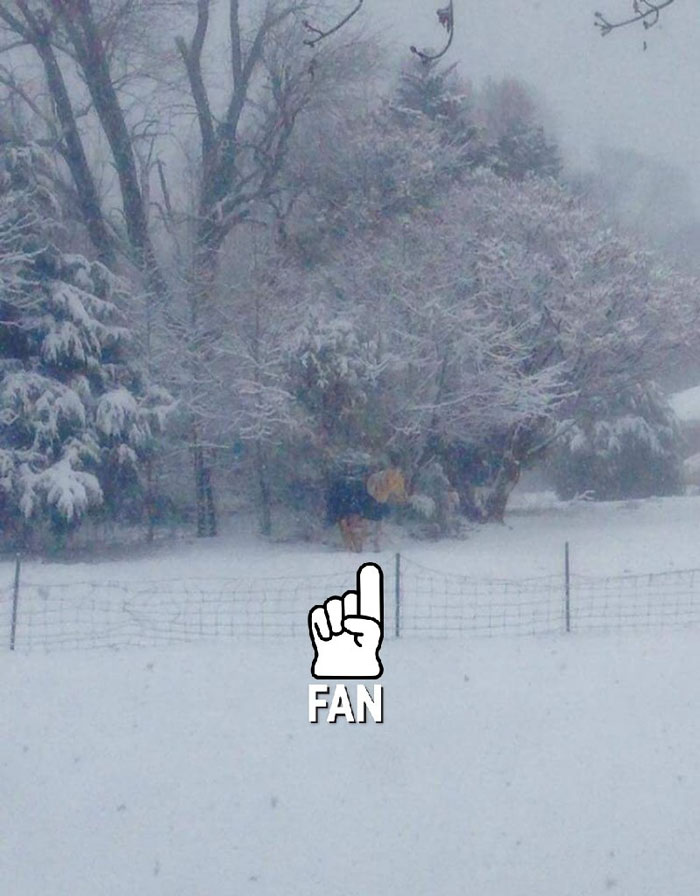 In order to avoid the horse from freezing in the middle of a snowy pasture, they had to do something. 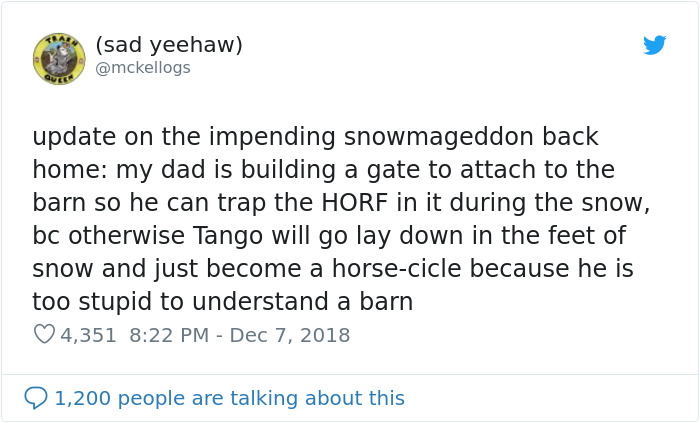 It was not confirmed whether Tango was truly clueless or he was just simply lazy.

Also, while most horses sleep standing, Tango just lay flat on his back on the ground that their neighbors came knocking on their door to tell that he might be dead. 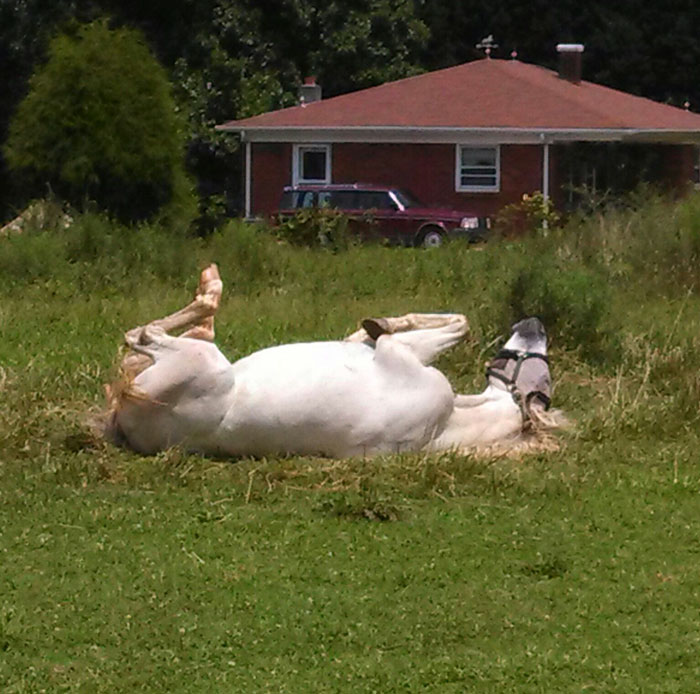 You don’t get this kind of visits from your neighbors everyday.

Apparently, he really loves lying on the ground when it is sleep time as photographs of him doing so have been captured by Google Maps street view. 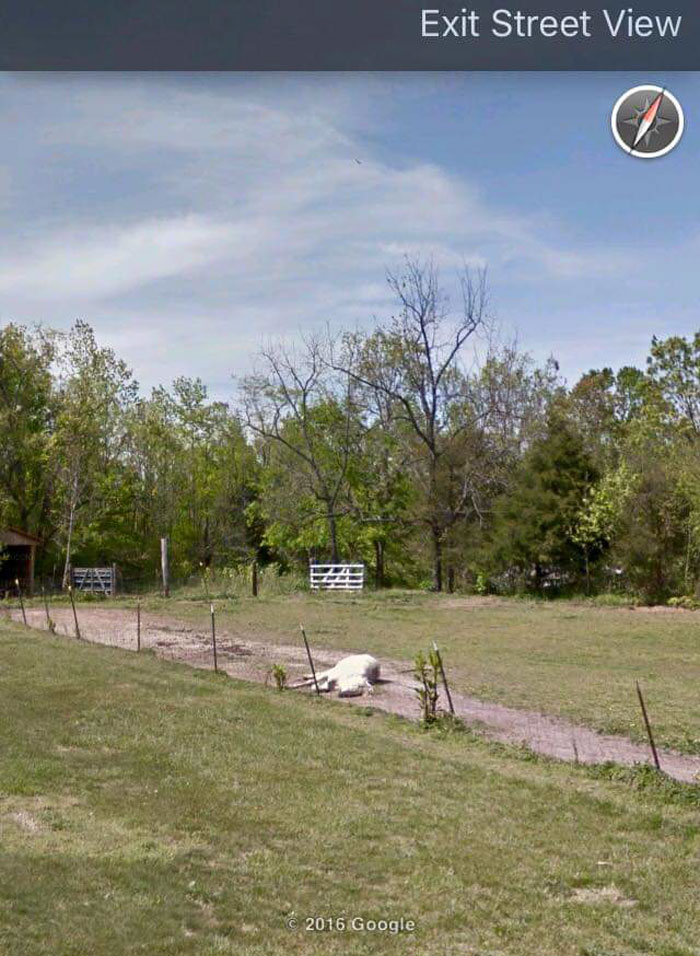 He just lies on the ground like it is nobody’s business! 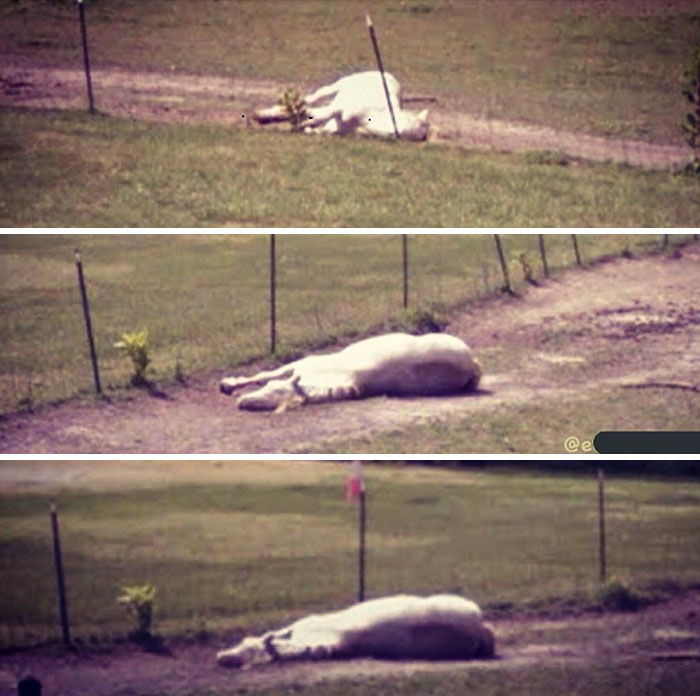 A creative fan of him made a hilarious edit to his photograph. 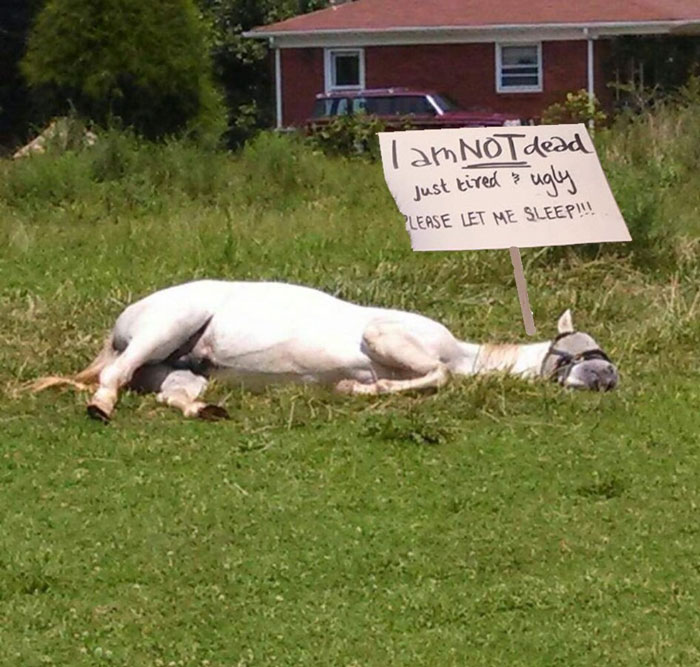 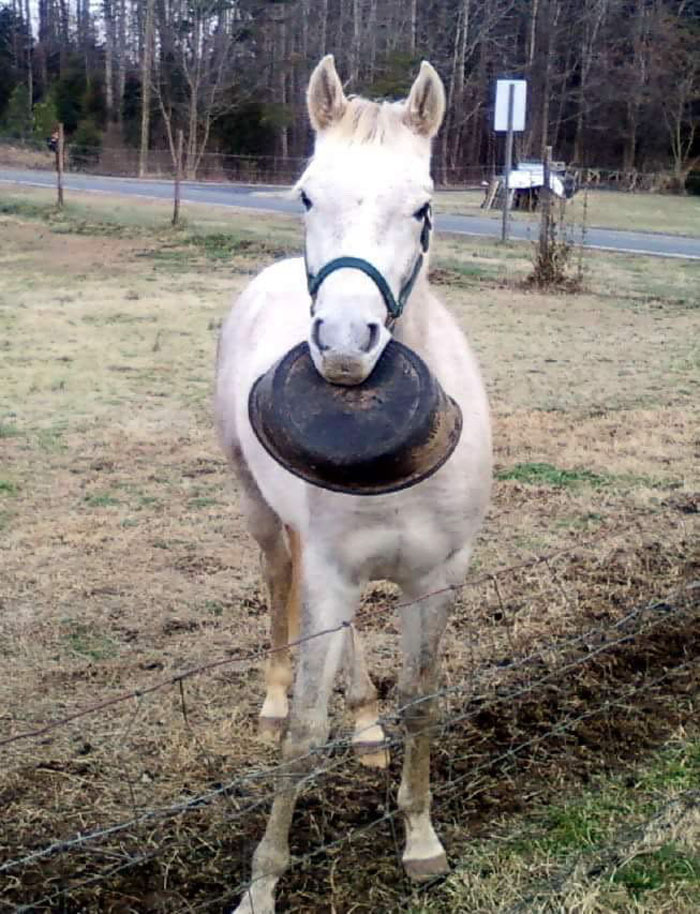 Other times when the snow falls, he likes a bit of drama. Here, Tango was pictured looking sadly at the barn although he himself chose to stand outdoor. 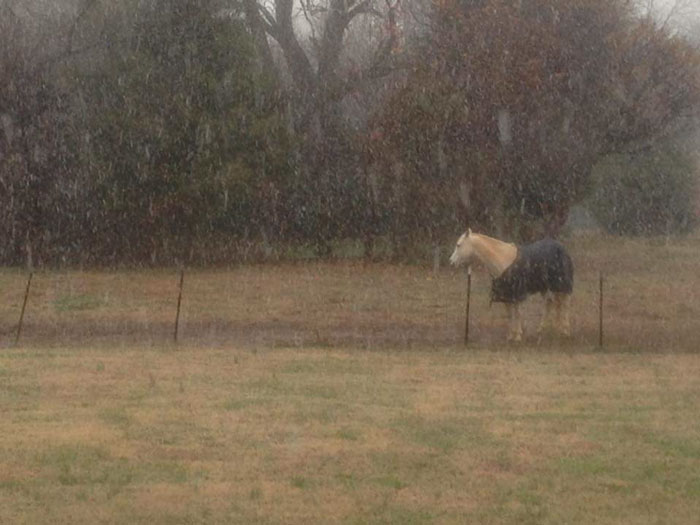 This weird horse also loves eating the grass outside the fence while his owner already rakes some grass for him to comfortably eat inside his enclosure. 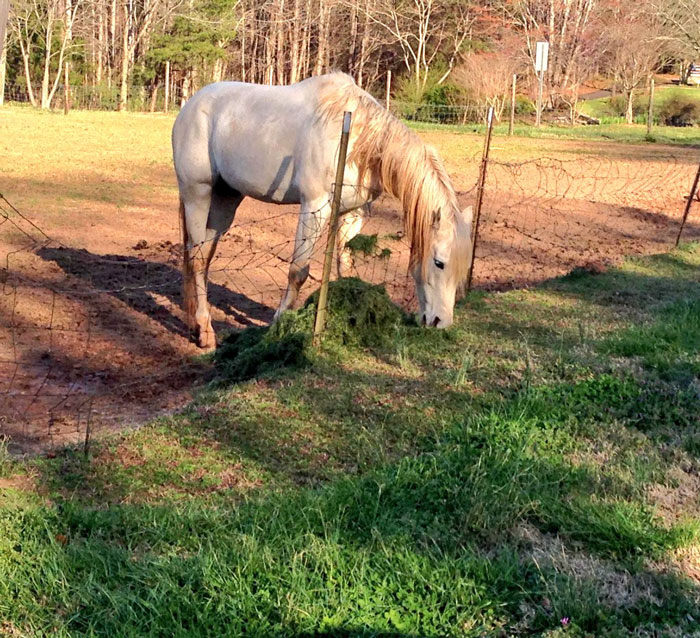 Their very favorite photo of Tango. 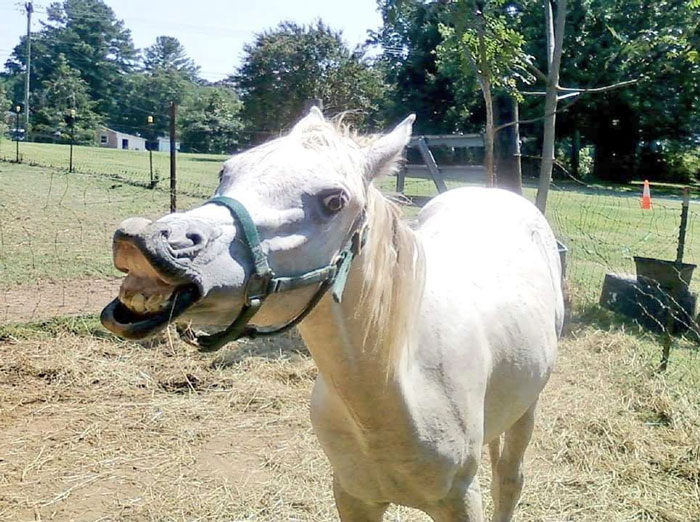 Tango and his favorite costume. 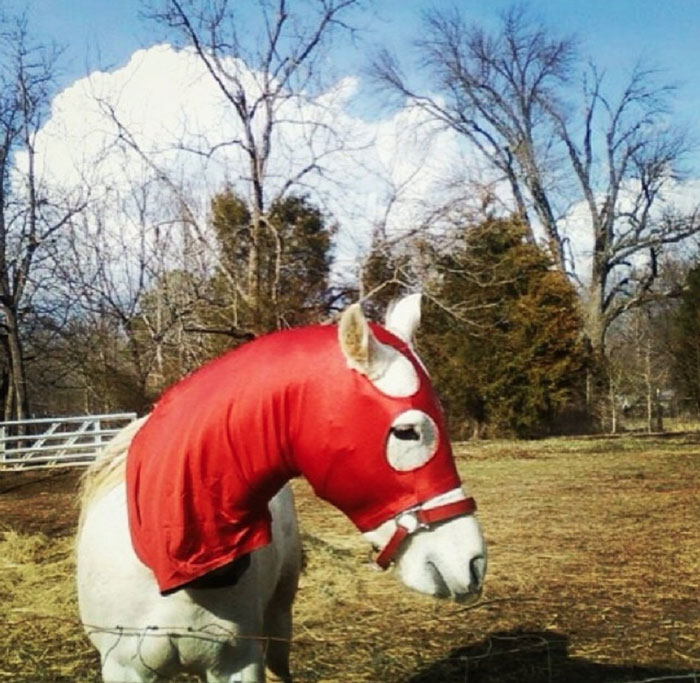 The horse was caught putting his food bowl next to the fence so that people who passed by would give him some food. According to his owner, his trick worked! 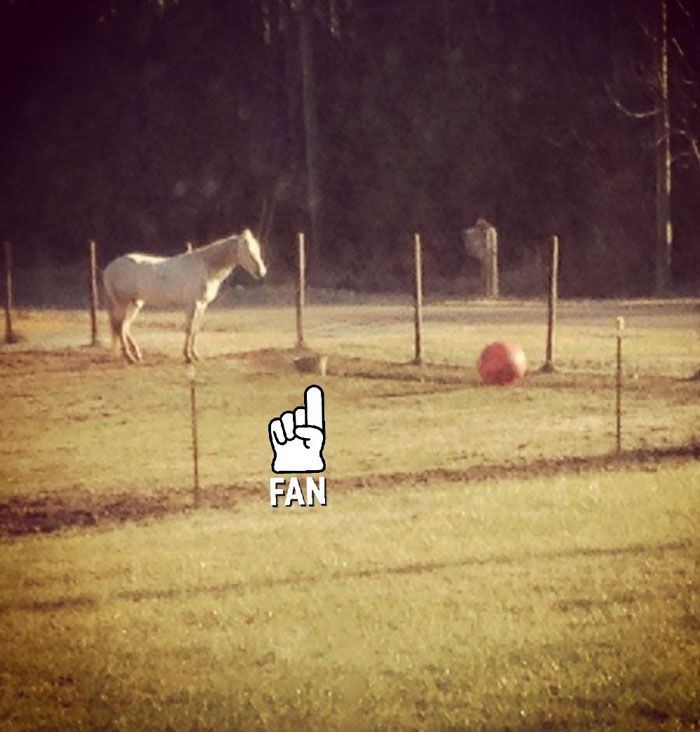 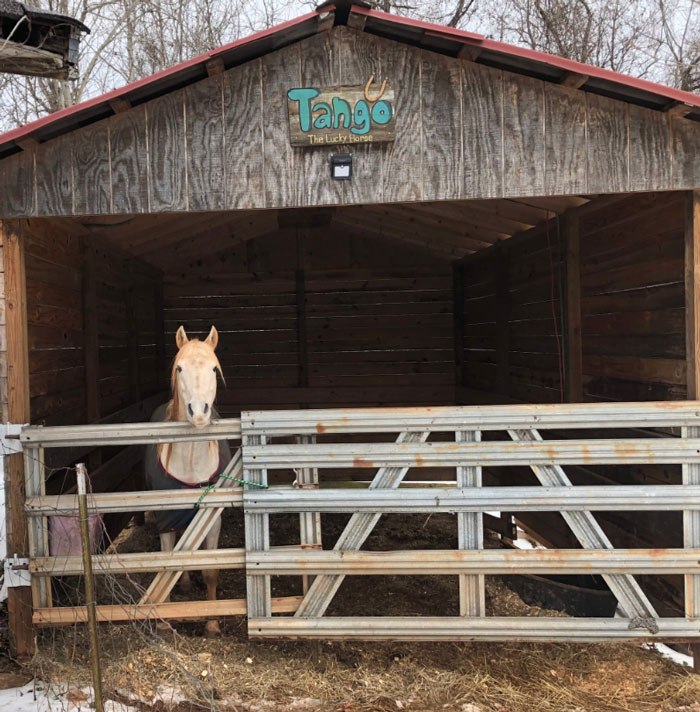 A Mother Pitbull with Swollen Mammary Gland Barked at All Terrified...

Adorable moment dog shows off his talent by twirling, jumping and...