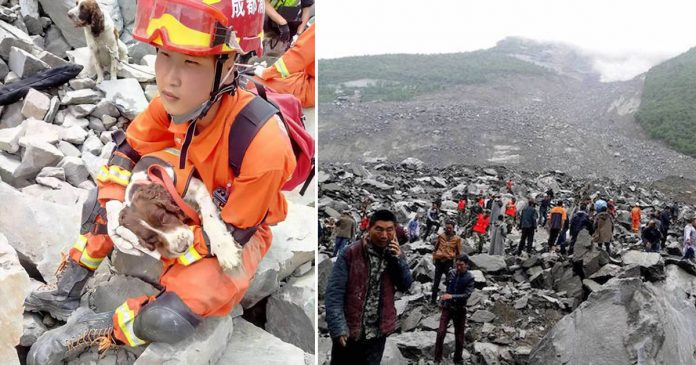 When hundreds of villagers were feared dead after a fatal earthquake caused a landslide in Xinmo, a remote village in China’s Sichuan province, hundreds of rescuers immediately flocked the scene of the earthquake, including this 11-year-old rescue dog, Bingjie.

According to local media, the landslide caused more than 60 houses to be covered by rock and mud. The horrifying scene shows tens of houses and buildings collapsed as rescuers and rescue dogs carefully searched for survivors trapped under the rubble. 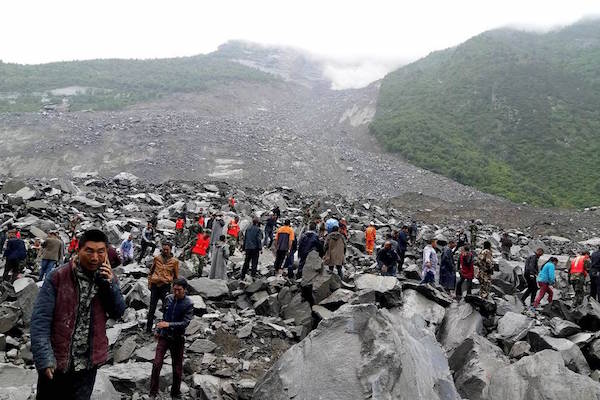 This time, the seasoned rescue dog, Bingjie was also dispatched to help in the rescue operation.

According to his trainer Ouyang Honghong, 11 years old in dog age is similar to 70 years old in human age. However, Bingjie still remained in service.

Bingjie was also one of the rescue dogs who helped to rescue 13 lives from a similar catastrophe that hit Wenchuan county in Sichuan province 10 years ago.

As soon as he arrived at the scene, Bingjie quickly got on his feet and began to sniff the ruins of the buildings. Honghong, albeit proud of Bingjie’s spirit, he said that sometimes he is worried about Bingjie’s safety.

“Bingjie is very courageous when it comes to rescuing but I’m worried because there are sharp rubble and mudflows on site that I’m afraid he will get injured,” he said.

The rescue could last for up to 10 hours at a time but Bingjie would often take a brief break in between the hours to get a quick nap. Honghong would gently wake him up for the new task when it is time for the next search. 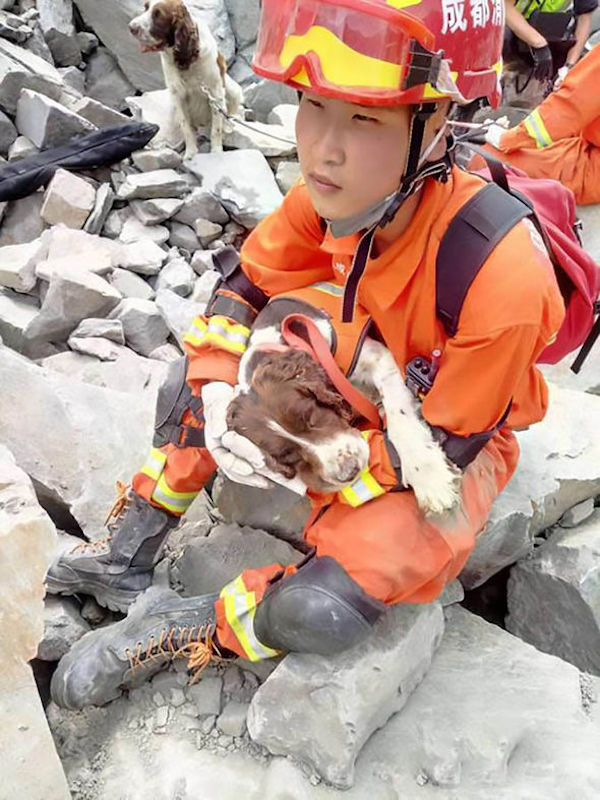 Honghong said that although Bingjie is relatively old compared to other rescue dogs, he is very reliable. “Many dogs often become quite territorial and fight between each other but Bingjie is the opposite. He is very calm and invests his time in search and rescue operations. So far, he has helped rescued five survivors which make me very proud!”

Other than Bingjie who helped in sniffing for trapped survivors in between the ruins, there were also other dogs who helped to search for victims that might be trapped under the water.

Water search dogs often have to work against the strong current as they need to pick up human scent trapped in the water. 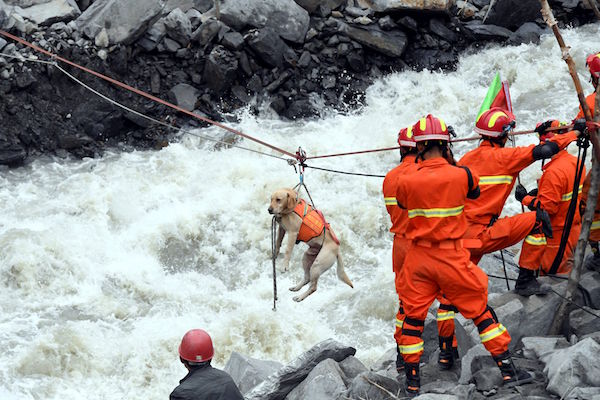 Whether in areas affected by natural disasters, in thick forest or underwater, these brave dogs are definitely the unsung heroes that play a big part in any search and rescue operations.

They are definitely added to our book of heroes! 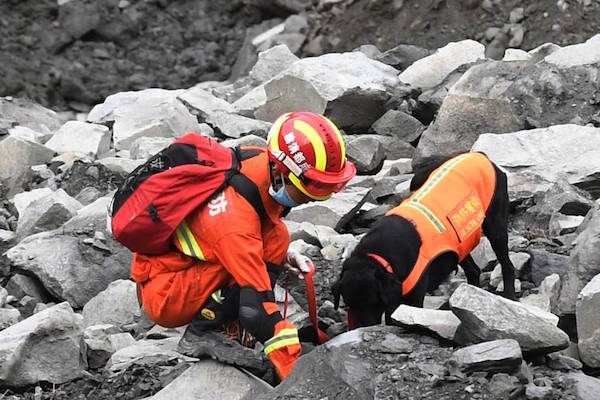