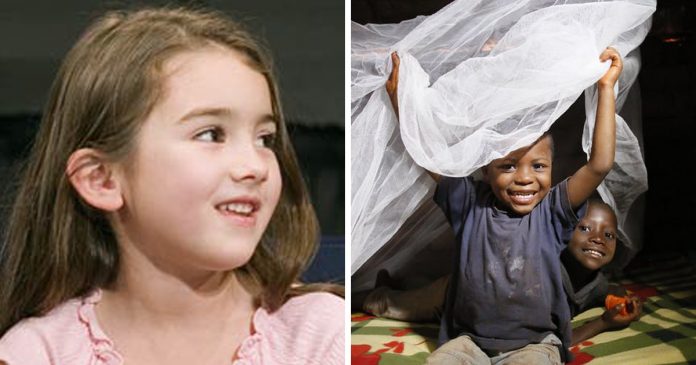 While her peers were mostly busy playing games and watching cartoons, Katherine Commale from Pensylvania was already taking part in a global campaign that helped save millions of people around the world from the malaria disease.

Katherine started young and started to collect funds to donate to the United Nations affiliated philanthropy campaign called Nothing But Nets—a global campaign to raise awareness, funds, and voices to fight malaria.

Katherine could not bear to know that millions of people especially children died because of this disease when in fact, it’s preventable.

She became aware of the terrifying consequences of malaria when her mother, Lynda first told her about the documentary that she watched the night before. She was only 5 years old at that time.

Lynda watched Malaria: Fever Wars and told Katherine that a child died from malaria every 30 seconds. She recalled her daughter started counting 30 seconds before she looked up to her with fear.

Young Katherine who was curled up in the sofa counted, one, two, three … thirty, when she counted to thirty, she said with a look of horror, “Mom, an African child died, we must do something!”

She tried to use her money for snacks and Barbie dolls to buy nets instead but it’s still not good enough for her. She tried selling her old items in flea market but she was disappointed at how little she can gather from there.

With the help of her family, together they came up with a diorama to explain to other children how a simple bed net can prevent malaria. They introduced it in Katherine’s Sunday school and the idea took off.

Since then Katherine has been actively raising funds for this cause.

With the help of neighbors and church communities, the girl and her family sent $1,500 to the Nothing But Nets campaign to purchase mosquito nets, which typically cost at $10 a piece.

Katherine also came up with an idea of hand-decorated gift cards in which a mosquito net was donated for every purchase. Her bright idea generated $8,000.

She even sent one of her gift cards when she saw former soccer player, David Beckham advertising for the United Nation cause. It garnered attention when Beckham shared the photo of the gift card in his social media account.

Her efforts caught the attention of former president, Bill Clinton as well and was invited to her first Malaria Awareness Day at the White House at the age of 10.

So far, Katherine has helped to raise almost $3 million for malaria prevention.

Now, aged 17, Katherine has been featured on many books and gave speeches around the world as she continues to raise funds and awareness on malaria. 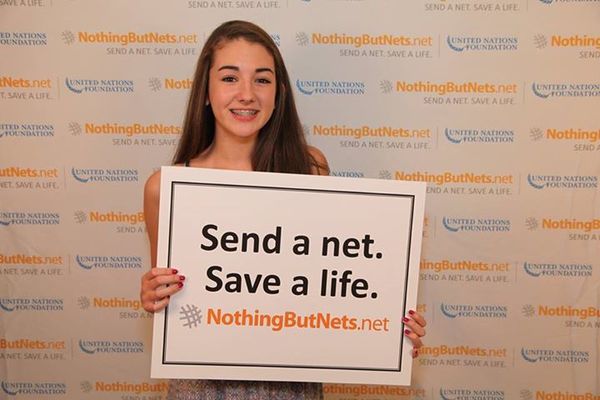 For her, although millions of dollars have been raised for Nothing But Nets and the malaria rate of deaths has declined from every 30 seconds to every two minutes, she knew that the fight is not over yet.

Malaria is a life-threatening disease that has been plaguing certain parts of the world especially sub-Saharan Africa where 194.4 million cases alone were reported in the region in 2016. It is spread to humans through bites from infected female Anopheles mosquitoes.

Watch how the mother and young daughter explained how a bed net can save people from malaria in this dated video below: