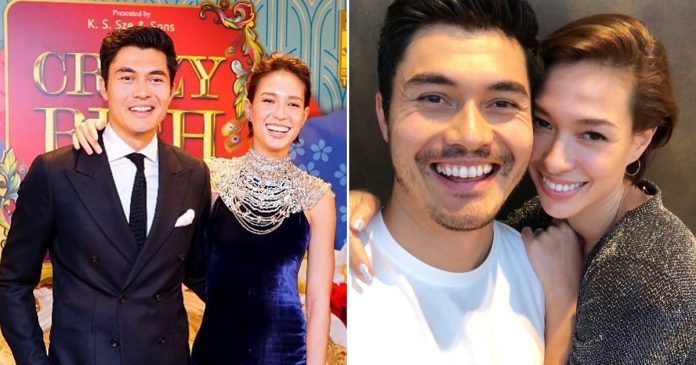 Crazy Rich Asians movie made quite a stir worldwide when it was released on August 15 last year as the romantic comedy is the first of it’s kind to feature a majority Asian-American cast in a modern setting since the turn of the millennium.

The film grossed over $238 million worldwide and has won best motion picture and best performance actress award for musical or comedy category at the 76th Golden Globe Awards and the winner for best comedy at the 24th Critics’ Choice Awards.

One of the many reasons why this film received such high praises was because of the relationship portrayed by the leading on-screen couple played by Henry Golding and Constance Wu.

If you thought their fictional romance is great, wait till you hear about the real love story between the dashing Henry Golding and his wife Liv Lo.

The pair met at a mutual friend’s party in Singapore on new year’s day of 2011. Liv had noticed Henry almost immediately and tried to get his attention during the course of the evening and when that didn’t work out, she decided to make the first move as she approached him instead. You go, girl!

They started to date seriously and on their fourth anniversary, Henry decided to pop the question. The couple was celebrating their anniversary along the sun-kissed shores of Phuket when he proposed to Liv at what she described as the “magic hour”.

Their wedding was an intimate affair and it was held in the Cove 55 resort in Henry’s hometown of Sarawak, Malaysia. The ceremony was not as over-the-top as the ones you’d find in Crazy Rich Asians but it was just as magical because the couple tied the knot surrounded by their close friends and family members.

Two years on and they are still visibly crazy about one another. Although they each have unrelenting work schedules, the couple make it a point to spend as much quality time together as possible.

The filming of Crazy Rich Asians proved to be difficult for the couple. Not because of the fact that they couldn’t be together as much as they wanted to, but because, as Henry pointed out in an interview, “my wife had to see me falling with someone else on screen” and this caused her significant distress.

On that note, Whoopi Goldberg had a message for Liv saying “He’s with you, don’t worry about it.” Liv posted the clip on the Instagram with the caption “I hear ya @whoopigoldberg! Loud and clear. He’s mine for life!!!”

Their relationship is still going strong and the couple have many years to forward to together.