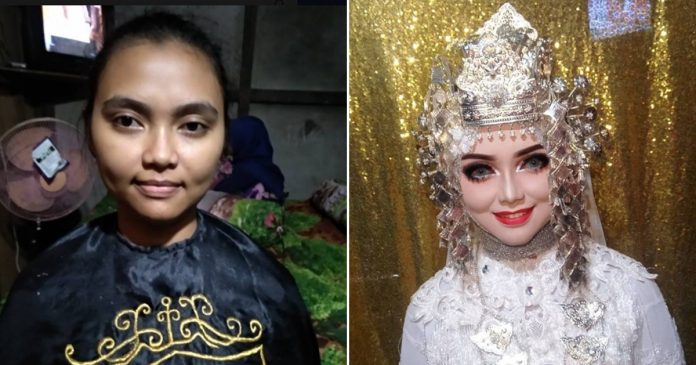 It is undeniable that all brides are willing to go at great lengths to ensure they look their best on the wedding day and that includes choosing the right makeup for that day.

While many brides opt for a minimalist look on their big day, this bride from Indonesia prefers to go all the way to look no less like a Barbie doll!

One woman from Indonesia turned thousands of heads after Before-and-After makeup photos of her became viral on Indonesian internet.

The bride wished to look like a Barbie on her wedding day and requested for “Barbie makeup”.

In her wedding photos, she indeed looks like a doll as the bride looks at least three tones fairer and her eyes is apparently bigger and doll-like.

Thanks to the Barbie makeup, her nose bridge also looks higher and refined as well as her cheekbones.

Along with her lavish wedding outfits, sparkling tiaras, and all other glamorous accessories, she looks nothing like her ‘Before’ photo.

At first glance, no one can point out that she is the same person in the Before-and-After photos.

The dramatic transformation quickly caught the internet’s attention as many praised the bride on how beautiful she looks on her wedding day in local language. 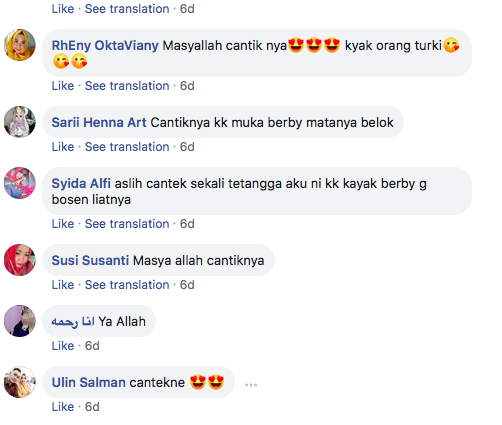 Some even compared her to the popular Indonesian celebrity, Ashanty! 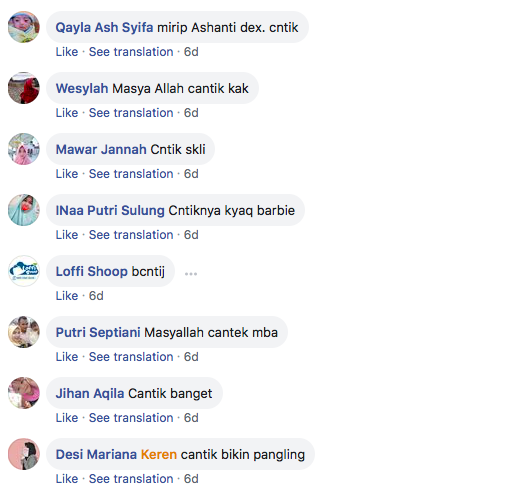 Makeup definitely works wonder to those who know how to apply it skillfully and this bride knew it very well that she could turn into a Barbie with just using makeup!