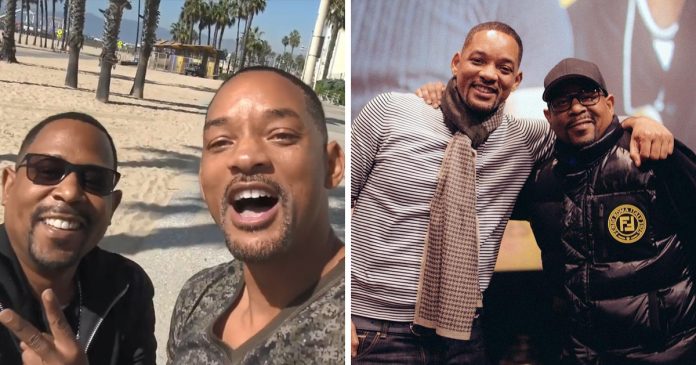 After a long wait, fans of “Bad Boys” can finally expect the third installment coming on the way as Will Smith and Martin Lawrence have confirmed that Bad Boys 3 is officially happening.

The Hollywood star has taken it to Instagram to share about the long-awaited sequel of the action comedy filmed together with his co-star Martin Lawrence.

Smith posted a photo of him and Lawrence with a caption, “First Day of Shooting tomorrow! We watched @BadBoys 1 & 2 together over the weekend. It’s about to be KRAZY! #badboysforlife.”

He also posted a surprise video with Lawrence back in November last year when the pair made an announcement about the latest sequel of “Bad Boys”.

The actor shared the video with his 27 million followers on Instagram and the video quickly went viral on the internet. It garnered 6 million views and almost 100,000 comments in under 24 hours.

Co-star Lawrence also shared a picture of him and Smith on Instagram with a caption, “It’s official. Bad Boys for Life. #teammartymar #badboysforlife @willsmith #weback.”

“Bad Boys” was one of Smith’s successful films, grossing $141.4 million from a budget of $19 million.

The third installment will see Marcus Burnett which will be played by Martin Lawrence having fallen out with Mike Lowery which is played by Will Smith.

Burnett and Lowery later reunited after an Albanian puts them on target for killing his brother.