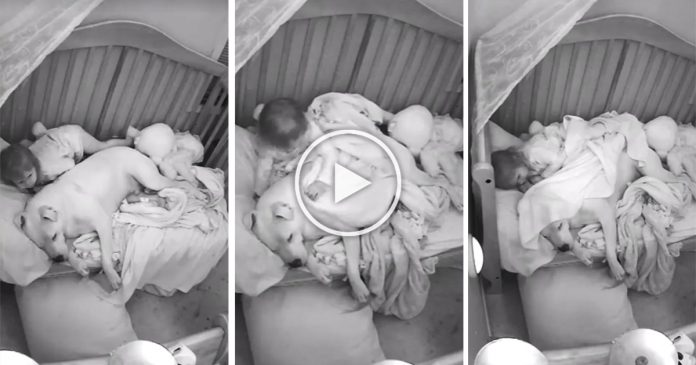 Natural disasters are terrifying because we humans are left utterly vulnerable and at the mercy of nature. Earthquakes are particularly alarming as one would find out that the very ground they were standing on would tremble beneath their feet. Well, one particular toddler has found a way to cope with the scary situation when she experienced a series of earthquakes in her home in Alaska.

Young Adalynn Leary found out she wasn’t a fan of the ground shaking beneath her as it gave her significant anxiety, but she found a way to cope in the most adorable way possible! 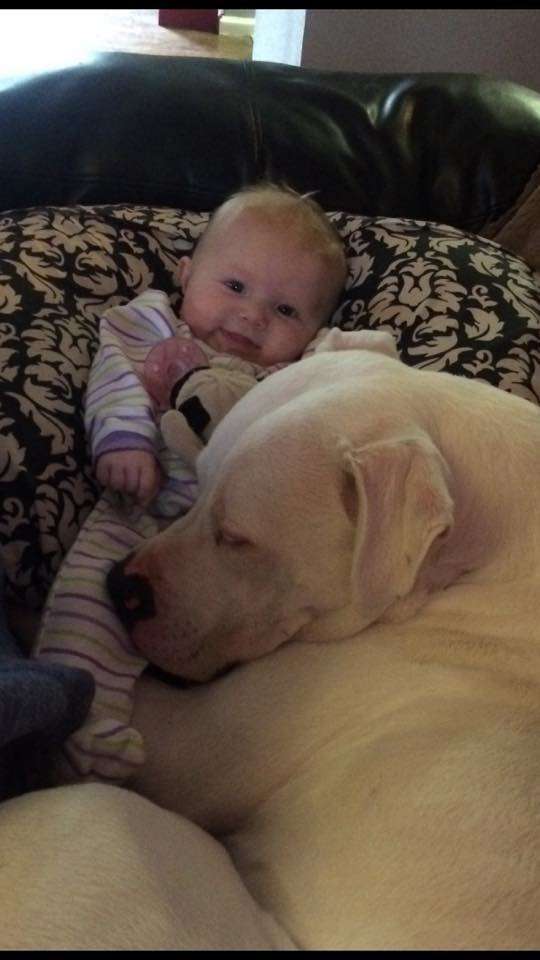 Her father, Kyle Leary, said that Adalynn used to cuddle with her best friend, a huge pit bull named Fury, all the time even before she experienced the earthquakes. She would call him up to her cot and gently tuck him in to make sure he was warm and comfortable. Nowadays, she needs her best friend with her every time there’s an earthquake which is always followed by it’s multiple aftershocks.

Kyle posted a picture of the after effects of an earthquake that struck a couple of months ago and it wasn’t pretty. The picture showed how things had fallen out of the cabinets and strewn them across the floor following a particularly violent tremor.

This must have been scary for Adalynn but luckily, she had her bestie with her. Kyle uploaded a video of his daughter tucking the pit bull in her bed and making sure that he was safe and cozy. How adorable!

Alaska is prone to earthquakes because it is situated right where the Pacific and North American tectonic plates meet. There are several spots in Alaska where the boundaries of these plates are marked by fault lines including, South Central Alaska, Fairbanks and along the Aleutian Chain. The tremors caused by these shifting plates send shock waves throughout the state and the effects can be felt far and wide.