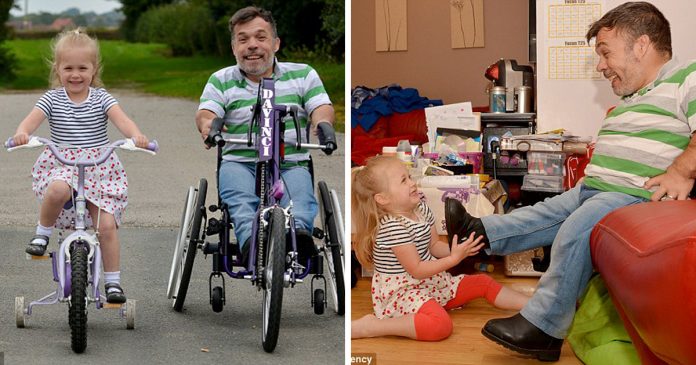 46-year-old Richard Willis suffers from diastrophic dwarfism which causes him to stand at no less than 4 feet tall and his joints malformed. Thankfully, he can count on his 4-year-old daughter.

Richard who also suffers from extreme arthritis and double scoliosis needs a wheelchair to move around.

What seems like a simple daily task to most people is often difficult for him but thanks to his reliable little daughter, Cherry, his life is made easier. 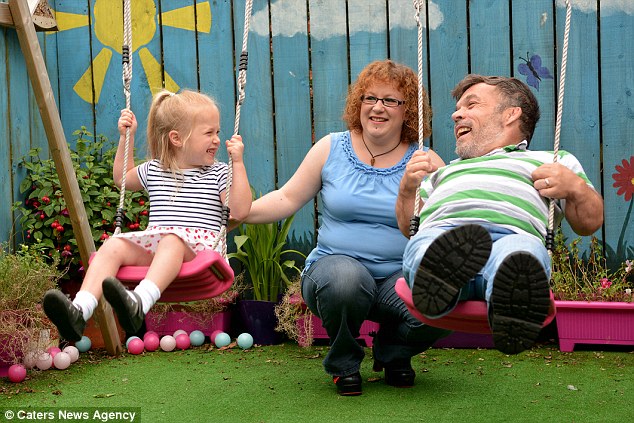 Cherry who was not born with the rare condition helps her father ties his shoe laces and does the dishes. 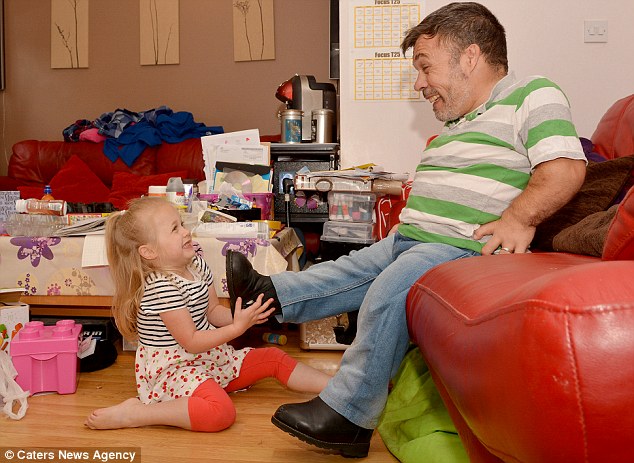 “She crouches down to tie my shoe laces because it’s painful for me to do it myself and she climbs up on me every day to take two yoghurts from the top shelf of the fridge for us to eat,” Richard told Daily Mail.

When Cherry was born in 2006, Richard was already unable to walk properly. At the time, he had to go through multiple operations including surgery on his legs and right shoulder. 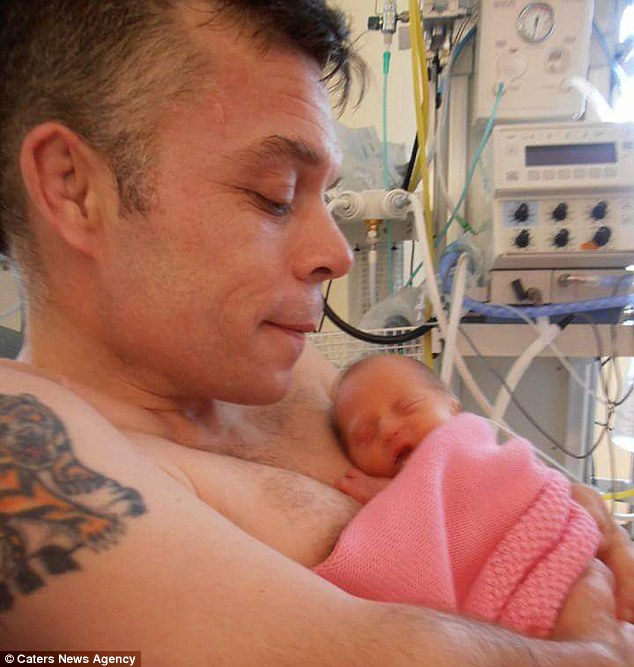 Despite the tough situation, Cherry brought new hope to her parents especially Richard. “I’ve had some tough times but the birth of my daughter was like a breath of fresh air,” Richard said.

“When she was learning to crawl, I was just learning how to walk again so it really is like we’ve done everything alongside each other. It’s a unique bond, there’s no other way to put it.”

The father and daughter often spend time in each other’s company, making their bond closer than ever.

When Cherry goes on a ride on her bicycle, Richard follows on his specialized wheelchair. 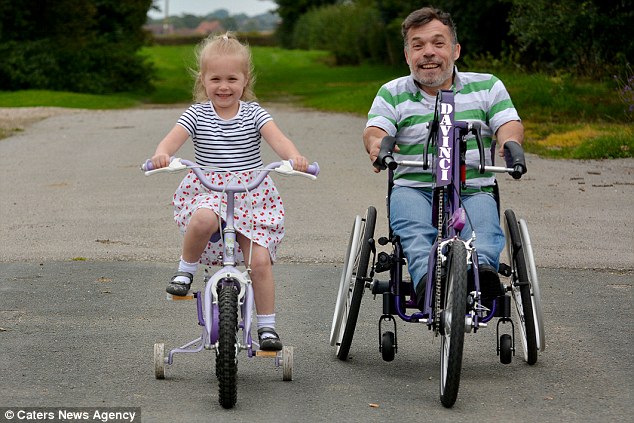 “Cherry’s a really confident little girl, probably because of how much time she’s spent in adult company at such a young age.”

“She’s really proud of her dad and there’s no issue at all with the other children just because I’m a dwarf.” 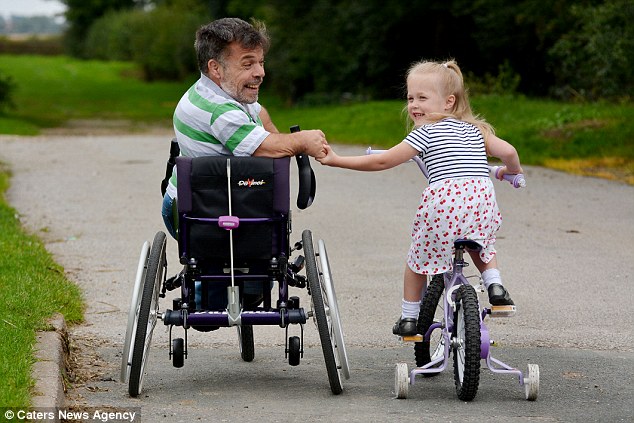 “I don’t think she could have settled in any better than she has, she’s a lovely girl and we’re so proud of her.” 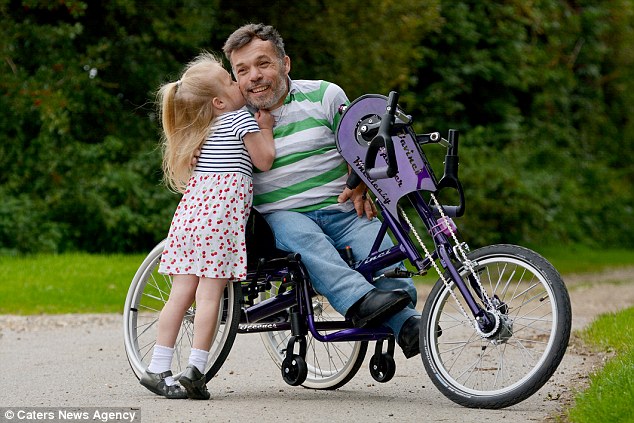