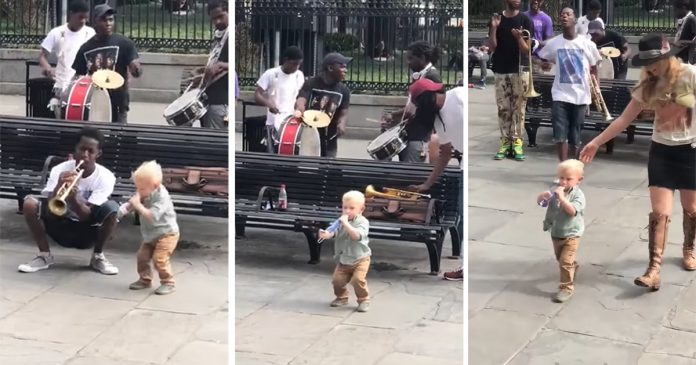 Young or old, everyone can appreciate and enjoy good music and this adorable little boy proves that no one is ever too young to enjoy music.

The video which has made rounds on social media shows the little boy performs with a band as one of their musicians.

It definitely cannot get more adorable than seeing the boy blowing his ‘trumpet’ along with the trumpeter! 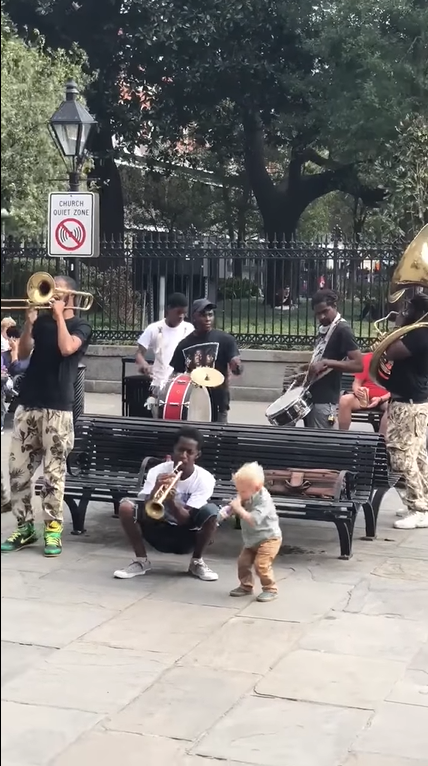 Stefanie and her son, Boone who came from Florida were on their vacation in New Orleans. They were strolling around Jackson Square when they spotted a jazz band performing live on the street.

One-year-old Boone became fascinated with the band and he later ran to them and started mimicking the trumpet player. 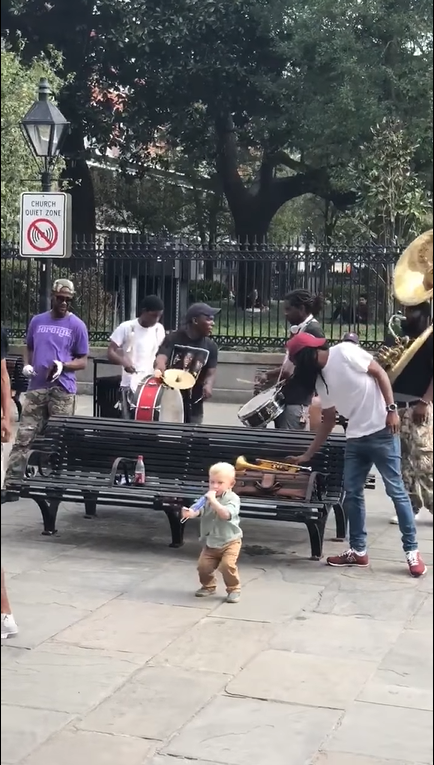 In the short video which was recorded in New Orleans, Little Boone plays his ‘trumpet’ like no one’s business. Plus, the band looks more than happy to get an extra player who looks incredibly cute.

Clearly, Boone enjoys performing along with the band by looking at the way the little boy tries to sway his hip to the left and right as he dances to the jazz music. 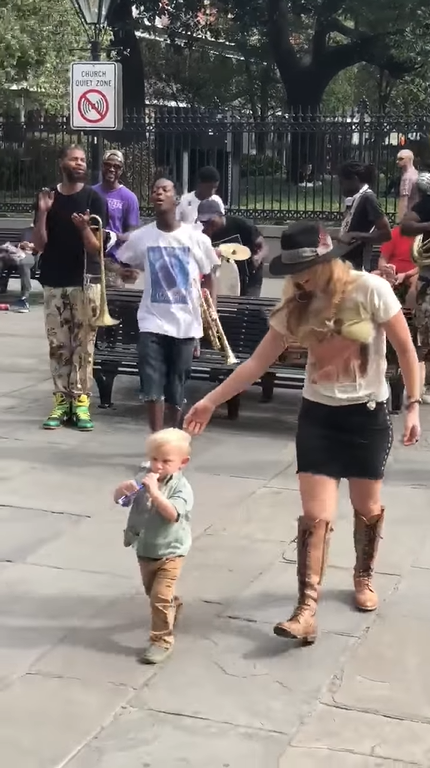 Luckily, a friend of Stefanie caught Little Boone’s hilarious antics on camera and later shared the video on YouTube. Needless to say, the boy became an Internet sensation for his adorable trumpet playing and cute hip swing!

Choose one of these six flowers to know your career, marriage...