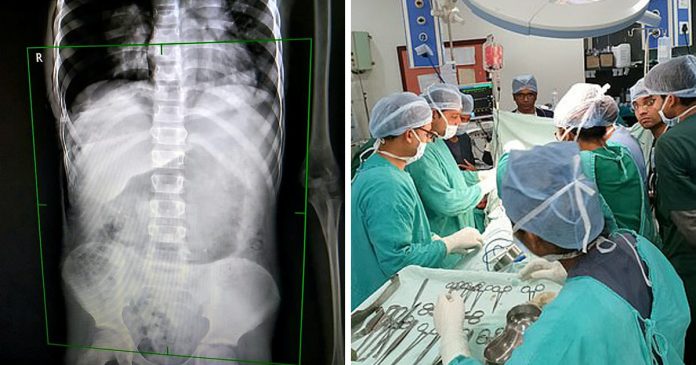 All eight-year-old Suresh Sakaram from Pati, India wanted to do was to climb the plum tree and get some plums for his younger sister. Unfortunately, he slipped and later, a tragedy struck him.

While plucking plums for his little sister, Suresh lost his balance and fell onto a branch below. The branch went straight through his chest and snapped, causing the boy to fall flat on the ground.

However, the boy later stood up and took his 6-year-old sister back home with the branch still piercing through his chest.

The two siblings walked for 100 meters (328 ft.) to home before Suresh finally gave in and collapsed.

He was later brought to the hospital. Luckily for Suresh, the 52-centimeter (20 inches) branch missed his heart by a few millimeters. 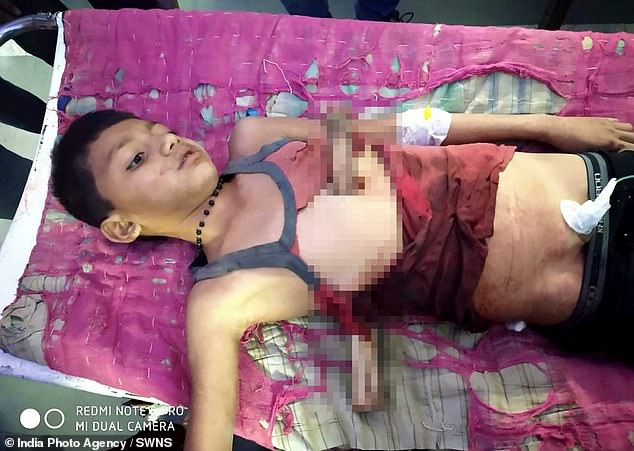 The boy suffered from a few broken ribs and an injured lung but was reportedly in a stable condition after successful surgery. He is recovering in the intensive care unit.

According to Dr. Shanshi Shankar Sharma, pediatric surgeon who performed the operation on Suresh, he said that the injuries the boy sustained were severe and that surgery was challenging.

“Surgery of this child was challenging because the sharp wood stick was penetrating near vital organs, heart lungs and liver,” he told Daily Mail. 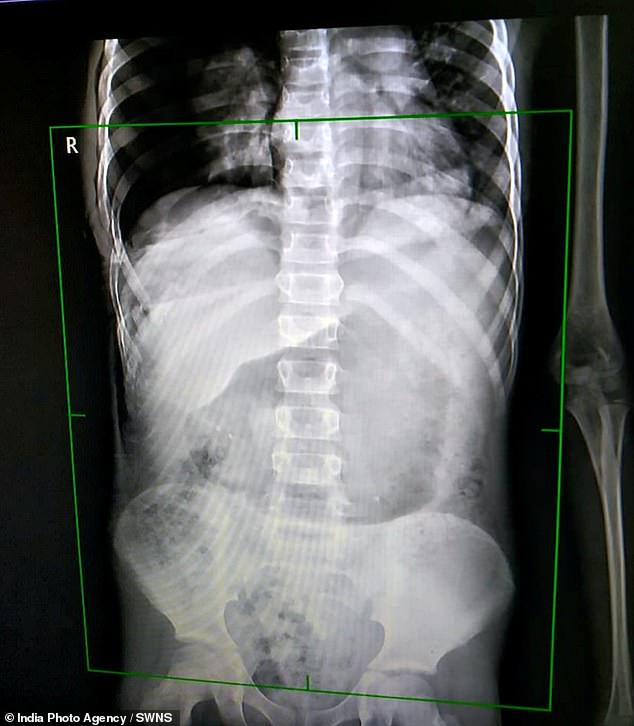 “The heart was just saved by a few millimeters and the liver was also fortunately unharmed.Only  part of the right lung and rib cage were harmed and were successfully repaired.”

He added further, “The risk of injury to main blood vessels and massive bleeding was anticipated.”

Despite the complicated operation, the doctors managed to remove the branch from Suresh’s chest. 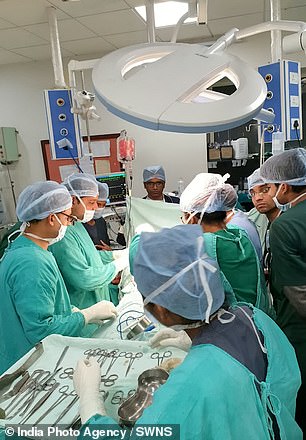 “The child is in ICU (intensive care unit) and is doing well and out of danger.” he said.

Korean man beats Vietnamese wife for 3 hours in front of...