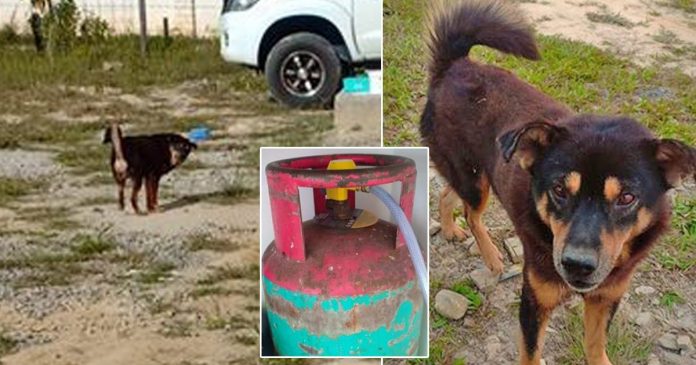 This is the heartwarming moment a stray dog saved a bakery owner from an incident that nearly cost her life.

There is a saying that says one’s good deed to someone in need will return to them one day and that was what happened when a bakery owner who narrowly escaped death thanks to a stray dog.

According to Jacqueline, Becky is a stray dog who loves to hang out at the back alley of her bakery.

As Jacqueline herself is an animal lover, she does not mind for Becky to stay at the back of her bakery.

Luckily for Becky, Jacqueline always makes sure that she feeds her and several other stray cats that she finds at the back of her bakery. “Becky likes sitting at the back of my bakery since I always leave some food for the stray dogs and cats,” Jacqueline wrote.

Even though she lets Becky stay at the back of her bakery, the stray dog never tries to enter her bakery. She just stays at the same spot and greets Jacqueline when she comes to the bakery every morning.

“When Becky first came in April last year, one of her legs was broken. So, I took her in and treated her leg until she could walk again. Ever since I treated her, Becky never goes to other places and just stays here,” Jacqueline added. 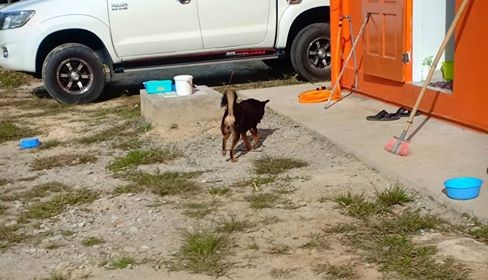 “When it’s time for me to go home at the end of the day, Becky would walk me home and return to the bakery.”

The two quickly formed a close bond until one day, Jacqueline found herself in a life-threatening situation.

She was fast asleep in her bedroom when suddenly she woke up to Becky scratching her bedroom’s door. Her bedroom was on the second floor and there were stairs next to it.

Seeing Becky’s unusual behavior, Jacqueline felt that there was something wrong so she followed her back to the bakery.

As soon as she arrived at the bakery, there was a strong smell of gas coming from the kitchen.

That was the moment when she realised that there was gas leak. “I am so grateful. Only God knows how grateful I am for her. If Becky wasn’t around, I didn’t know what would happen to my bakery,” Jacqueline wrote.

Apparently, Becky has also proved how loyal and useful she is when she protected Jacqueline’s brother’s house from a thief. “It was a day before Christmas and we all went to my sister’s house. Later, my neighbor called and told my brother that a thief might have broken into his house.”

“My neighbor woke up from sleep and heard Becky barked continuously that they began to suspect that something bad happened. When they tried to take a look at my brother’s house, they saw someone ran out of my brother’s front yard.”

Thanks to Becky, the thief failed to break into Jacqueline’s brother’s house. On top of that, she also helped save Jacqueline from danger! 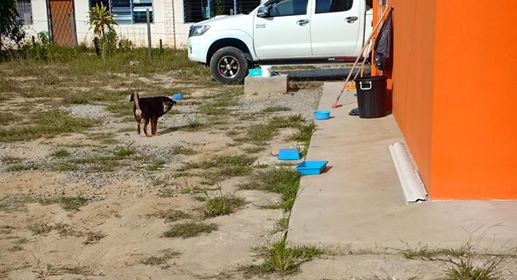 Since the incidents, Jacqueline decided to adopt Becky as her own pet. Becky might have come to the bakery as a stray dog but no one knows she would be Jacqueline’s lifesaver.