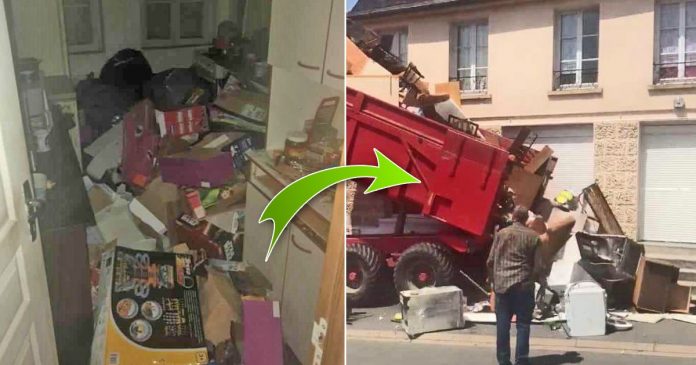 Some landlords can be quite a nightmare to tenants. Frequent rent hike, strict rules and regulations, and landlords failed to return deposits are just some of them. Unfortunately for this landlord, it was the other way around.

Thomas Ravaux who lives in Rozoy-sur-Serre in Aisne, France has been a landlord for quite some time but this was definitely the first time that he encountered such nasty tenants.

Since the tenants failed to pay the rent for 14 months straight, Ravaux had no choice but to ask them to move out. However, the overdue rent was not the only thing that caused a headache to him.

Apparently, they also failed to clean up the property and left furniture, trash, clothes, pet waste and more.

The property looked disastrous when Ravaux came to check.

This upset Ravaux so much as he had to clean up the mess and also make some necessary repairs due to the awful state of the property after the tenants moved out.

The property was in a really horrible condition that the doors were completely ripped off their hinges!

The landlord was left with more than 50 bags of waste when he finished cleaning up the mess.

Thinking that the huge pile of garbage should return to their rightful owner, Ravaux later devised the perfect plan for revenge.

Luckily, he knew the latest address of his former tenants so that made his sweet revenge even easier.

Ravaux later loaded all the garbage bags onto a truck and later drove to the tenants’ new house.

He then dumped all the garbage right at their front door and guess, who has the last laugh.

In a Facebook post that went viral on the internet, Ravaux posted photos of his property when the tenants moved out. He also wrote a reminder to the new landlord.

“This is how this flat was returned to me. Living like that with three kids, bravo. Shame on you. Good luck to your new landlord,” he wrote.

Watch the full video of Ravaux dumping all the garbage in front of the tenants’ door here.

“Leave us alone” Photographer stunned the world with photos of an...