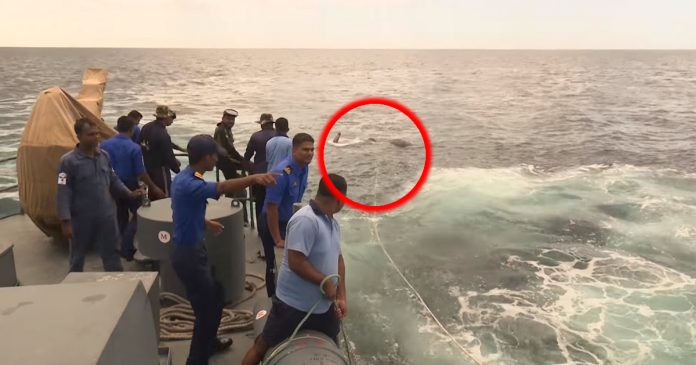 A poor distressed elephant was rescued from drowning by the Navy after it was swept 10 miles out at sea by the current.

The Sri Lankan naval patrol rescue team spotted the animal stranded at sea near the island’s eastern coast from their patrol boat. 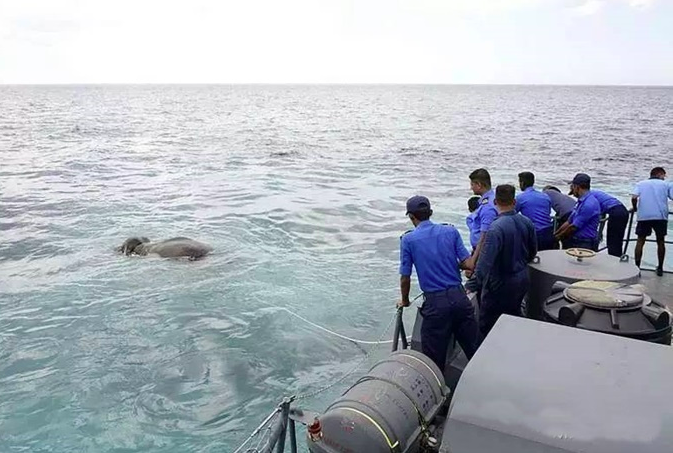 The elephant lost its way when it was swept away by strong currents and dragged out to hazardous waters and while trying to cross Sri Lanka’s coastline. 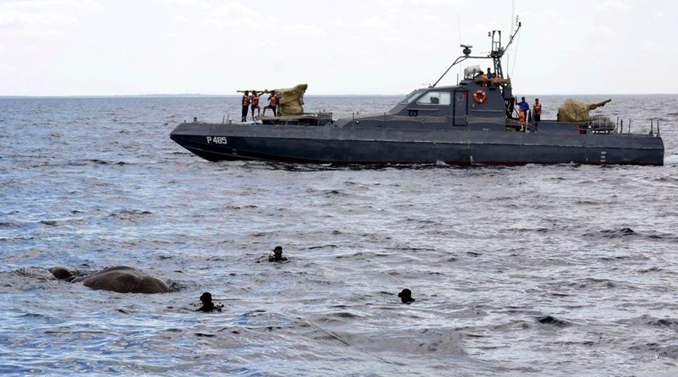 Three navy vessels, divers and the Department of Wildlife officials took part in the dramatic 12-hour rescue effort to bring the elephant back to the shore.

Lucky escape! The elephant was saved and brought back to be released in shallow waters. 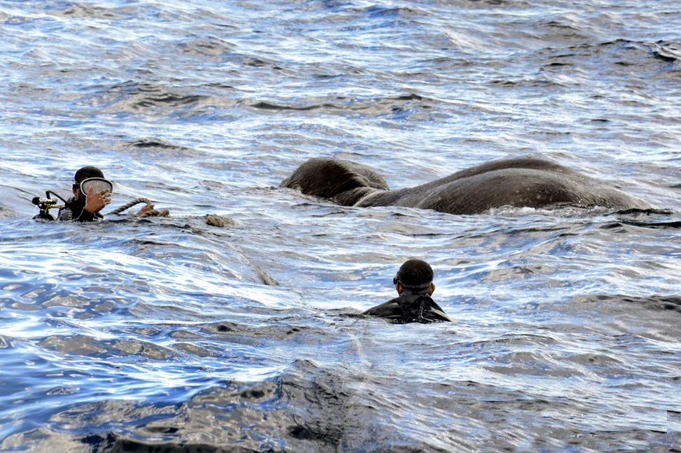 If it wasn’t for the rescue team, the elephant probably wouldn’t have made it, a research officer said.

“Swimming about 15km from the shore is not unusual for an elephant.

“But they can’t keep swimming for long because they burn a lot of energy.

“And the salt water isn’t good for their skin, so in this case, the situation probably warranted human intervention.”

The poor elephant was slowly losing energy, but managed to stay afloat and breathe by using its trunk as a snorkel.

“They usually wade through shallow waters or even swim across to take a shortcut.

“It is a miraculous escape for the elephant,” said Chaminda Walakuluge, a navy spokesman.

We’re so glad the elephant made it out okay!

Sri Lankan navy rescue an elephant dragged out to sea by strong currents in a mission that lasted for six hours.