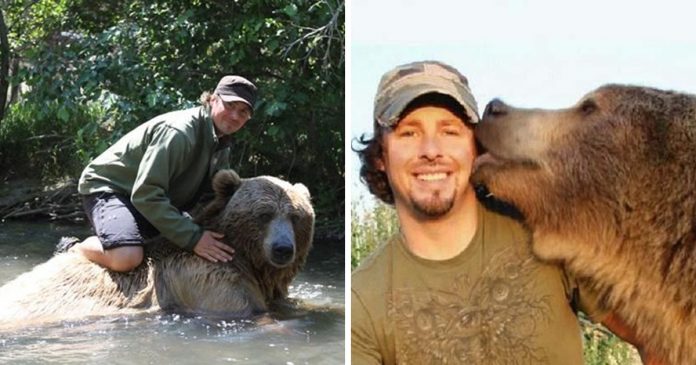 When you hear that someone has a pet, the natural feeling would be to think about animals such as a dog, cat, rabbit or certain kinds of reptiles. An 800-pound grizzly bear, however, would not be on that list, although in his defense, Casey Anderson considers the bear to be more of a friend than a pet.

Casey Anderson has always had an affinity for animals and was drawn to them as a kid. So much so, that he earned himself the nickname “animal magnet”. He grew up pursuing this passion for wildlife and became an animal trainer and keeper. It was in this line of work that he rescued two bear cubs from being euthanized at an overcrowded wildlife park and decided to raise them. Unfortunately, only one of the cubs survived and Casey named him Brutus.

Casey Anderson and Brutus have an extremely unique relationship because they have developed a bond which goes beyond that of an owner and pet. They are each other’s best friend. 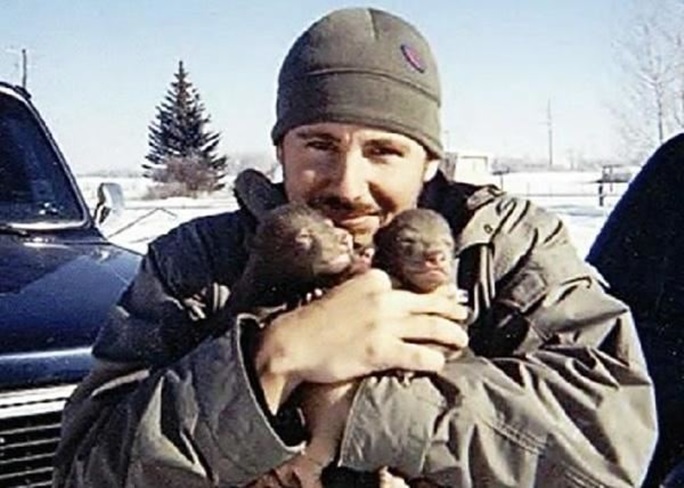 Shortly after rescuing Brutus, Casey decided to set up the Montana Grizzly Encounters. 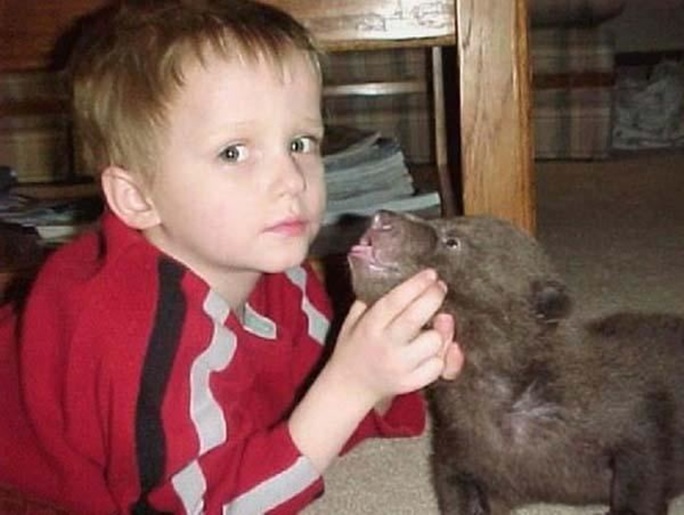 He founded this institution to serve as an educational sanctuary because he “was tired of seeing exploitation and abuse in the captive world” and to “give bears “stuck” in captivity a great home”. 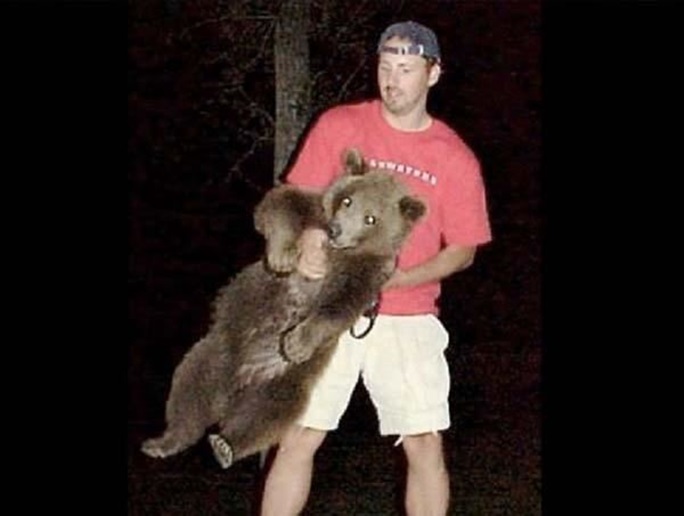 Today both Brutus and Casey are inseparable. They are so close in fact, that Casey made Brutus the best man for his wedding. 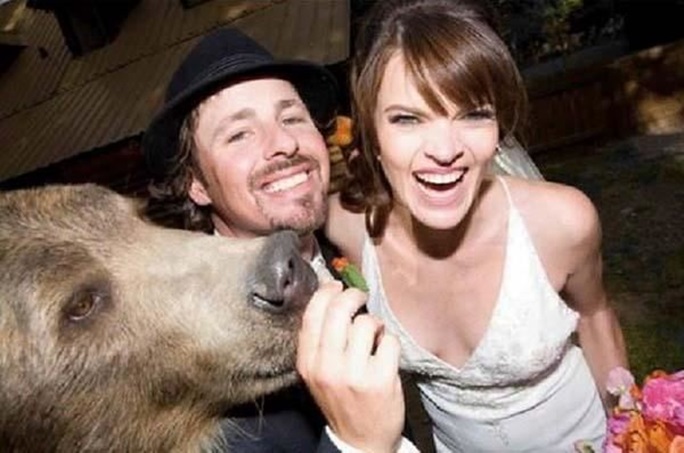 Although the relationship they have is great, Casey is by no means advocating for people to keep grizzly bears as pets. He says “My relationship with Brutus is extremely unique. It comes from years of experience and training. And Brutus is an exceptional bear.” 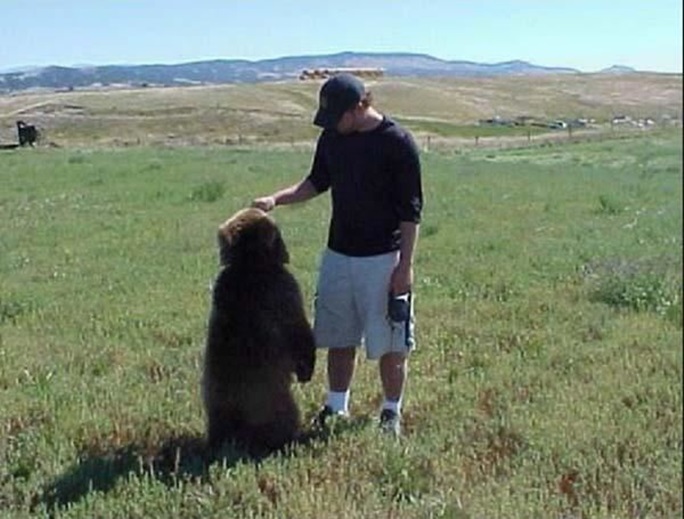 He goes on to say that Brutus is 90% bear and 10% human since he loves the human stimulus that he receives in the form of various extracurricular activities. 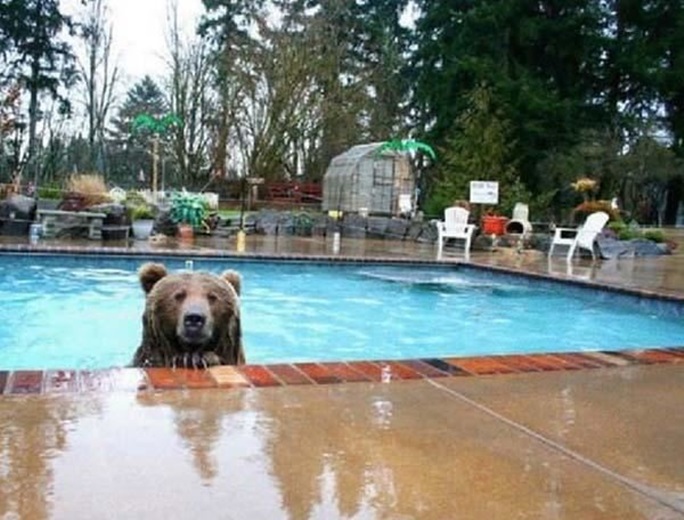 Together Casey and Brutus have worked on a couple of feature films, television shows, and even commercials. 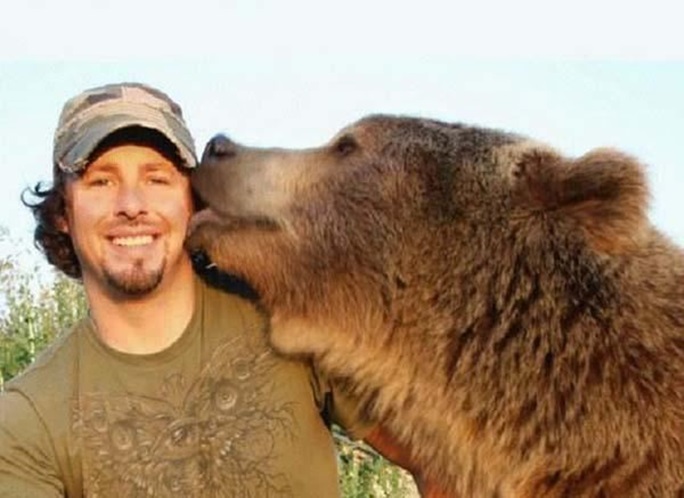 Casey was even invited to share his story on The Oprah Winfrey Show back in 2009 where he said Brutus and him have an emotional connection.

He told Oprah “I was having a hard time, was really upset about some things… I was crying. I could see that he [Brutus] wanted to take the pain away from me. He came up to me very gently and nudged me. He just stood by me unconditionally and he listened to me and he was there when I was crying. It’s truly what I needed from him. This relationship is a give-and-take.” 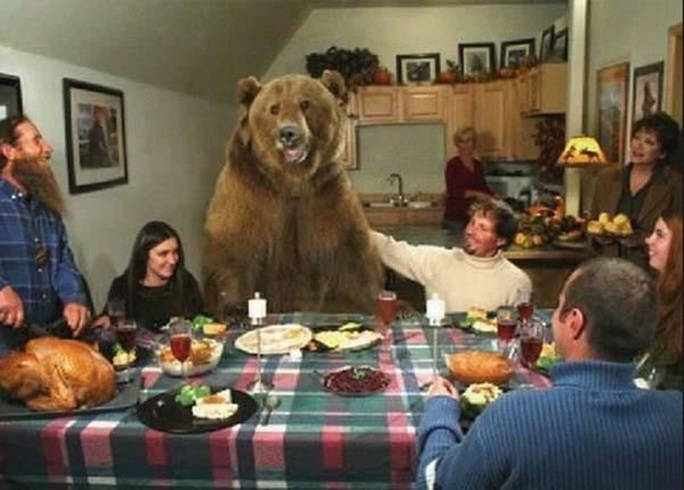 Casey hopes to educate the public and raise the overall awareness of environmental issues that plague wildlife animals. 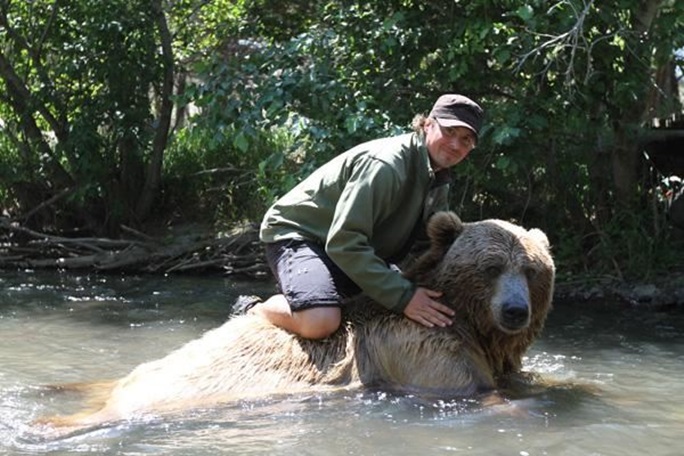 Scruffy homeless man asked Burger King worker what can he get...

People make fun of father running with empty stroller—but his 4...