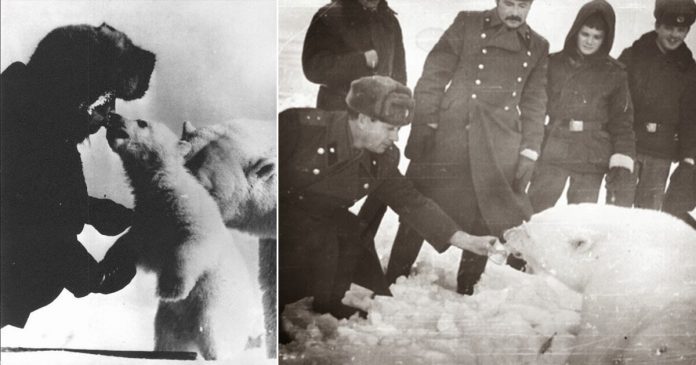 In 1941, when Nazi Germany attacked the Soviet Union, massive efforts were made to mine tin in the Chukotka region. In the 1950’s, geologists discovered large reserves of gold in the area and soldiers were routinely deployed to oversee the mining and provide security during the era.

The peninsula is traditionally the home of various indigenous Siberian tribes as well as some Russian settlers. Being the easternmost settlement of Russia, the climate in this area can reach numbing temperatures of -40°C.

Rare and fascinating photographs were taken during the 1950’s in this area when the soldiers decided to offer sweet treats to a polar bear and her cubs. This was the beginning of an unlikely friendship between man and beast. 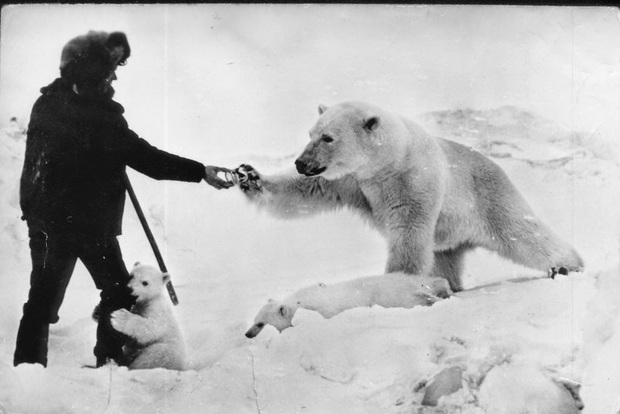 Every now and again, soldiers would hop out of their vehicles and approach the bears and offer them cans of the sweetened milk. They did not feed the bears with meat since this was strictly rationed out but they treated the bears to a sweet treat that was in abundance, condensed milk. 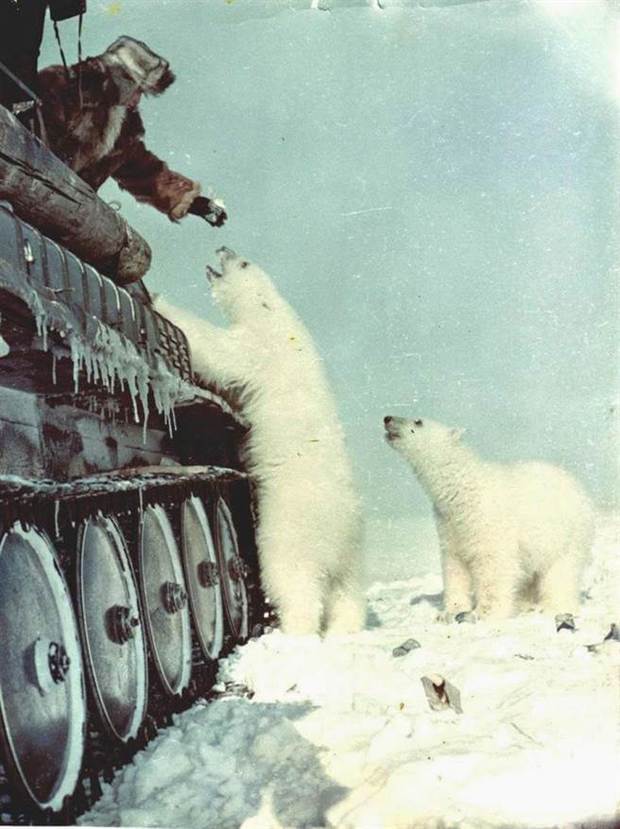 The soldiers would open the tins and offer it to the white bears which lapped the sweetened milk happily. 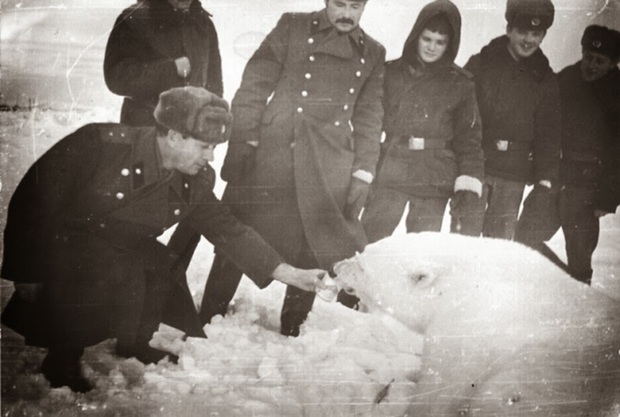 Even though the era was set against a backdrop of war and strife, little gestures such as these really help to bolster humanity’s capacity for kindness. 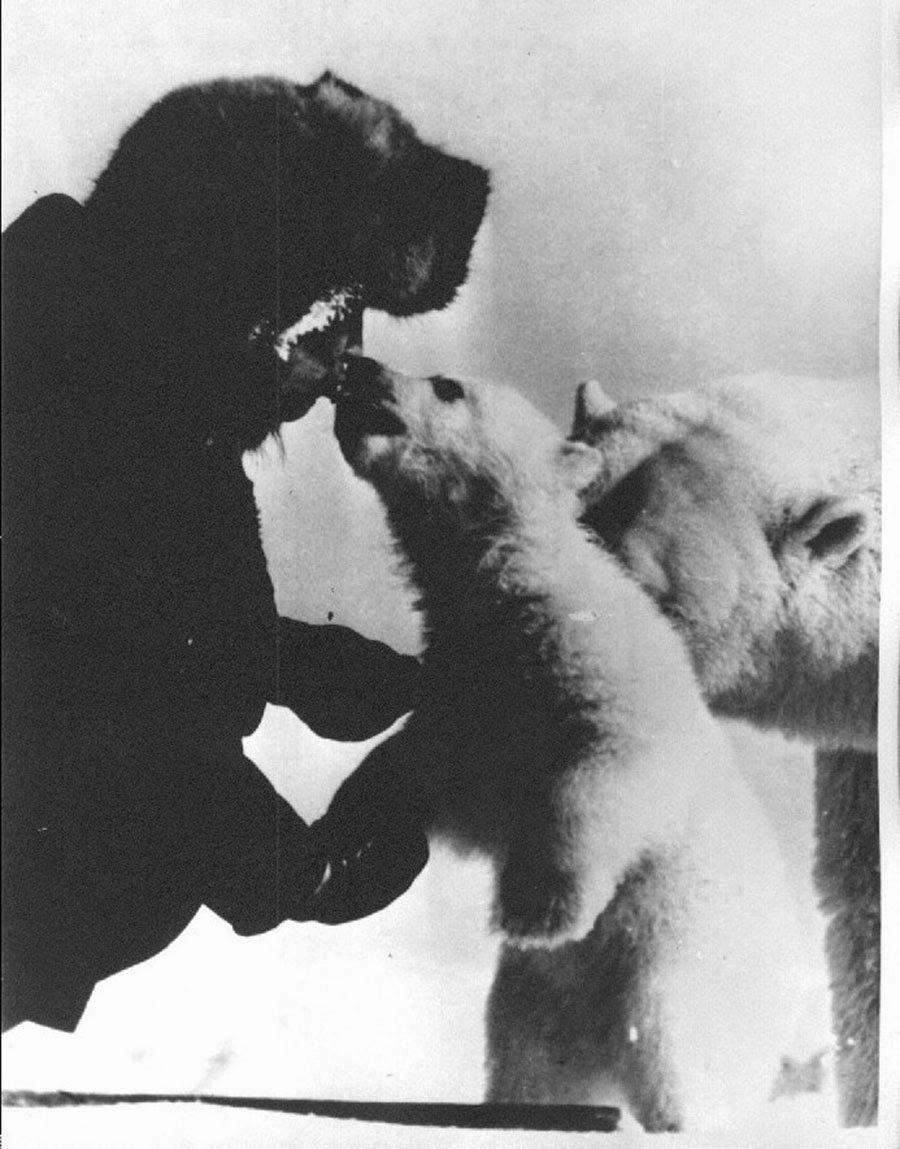