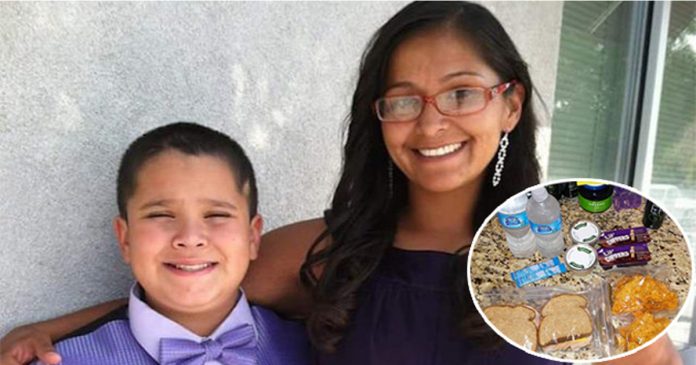 Josette Duran is a mother from Albuquerque, New Mexico and stays there with her son, Dylan. It has always been a routine for the mother to pack her son lunch for him to bring to school but she was saddened when she found out the reason her son requested for extra lunch bags.

At the beginning of the school year, Dylan asked her mother if she could pack him an extra lunch. Assuming that her son was just hungry, Josette just packed an extra bag of lunch for Dylan to bring to school.

For months, Dylan has been bringing two bags of lunch to school but it only came across Josette’s mind one day to ask Dylan. Finally, the mother asked Dylan about the extra lunch.

However, she never expected Dylan to give her such a heartbreaking answer.

“Are you not getting full, boo?” Josette asked Dylan why he had to bring an extra lunch to school.

“He said, ‘No, mom, it’s for this little boy at school and he sits by himself and all he eats is a fruit cup,'” Dylan said.

“Can you make him lunch too? I don’t think he has lunch money,” he asked his mother.

Apparently, the little boy’s mother found out that Josette has been feeding her son. She later contacted the school principal to get Josette’s contact details so that she could repay her.

“She says, ‘Um, I know this isn’t much but I just got a job and I know you’ve been feeding my son,'” Josette said.

However, she would not accept her money, especially after learning that the mother’s boy lost her job recently and did not have enough money to pay for her son’s school lunches.

“This hits home to me because a few years ago, me and my son were homeless. I was living in my car, I was washing him in bathrooms, and we didn’t have food,” Josette said. 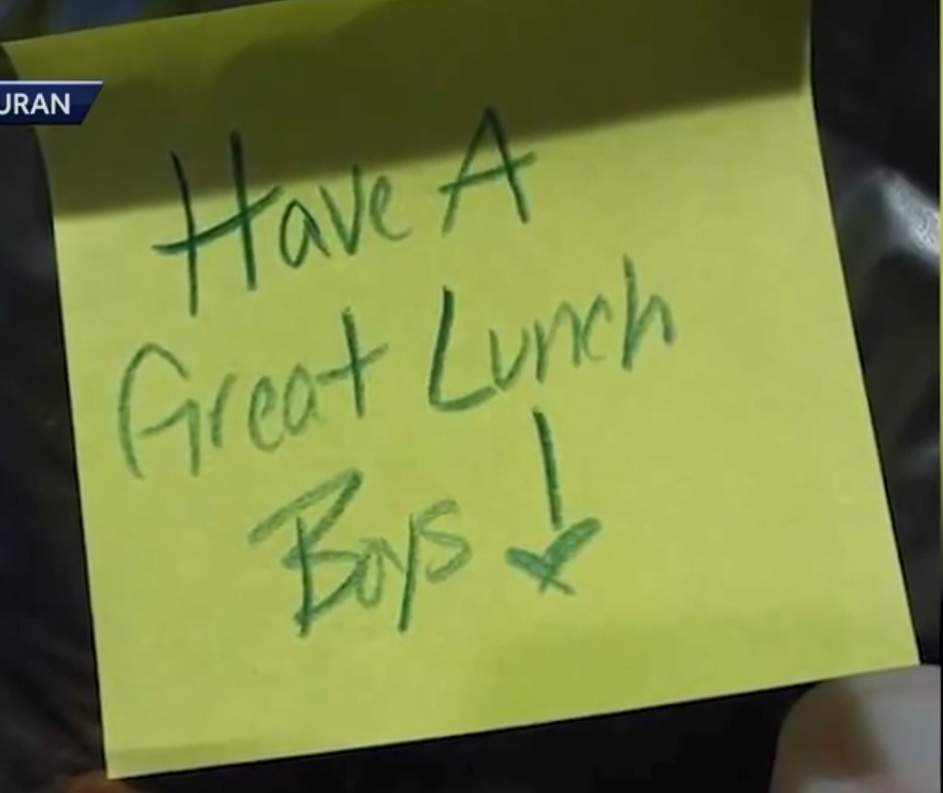 To her, this was the least she could do to help her son’s friend and her mother.

Furthermore, she also donated the money that the girl’s volleyball team she coaches to the cafeteria. The girls raised $400 to pay back for Josette’s kindness. With the money, Josette used it to pay all the due accounts.

“We paid up all the past due accounts for all the kids who need lunch,” Josette said. “So now, nobody in that school owes any money, and now everyone can eat.”

HEARTWARMING: A mother packed an extra lunch for her son's friend for weeks. The woman found out the little boy's mom lost her job and couldn't afford to pay for his school lunches.

Venezuelan girl stuns the crowd in Santiago with her incredible opera...