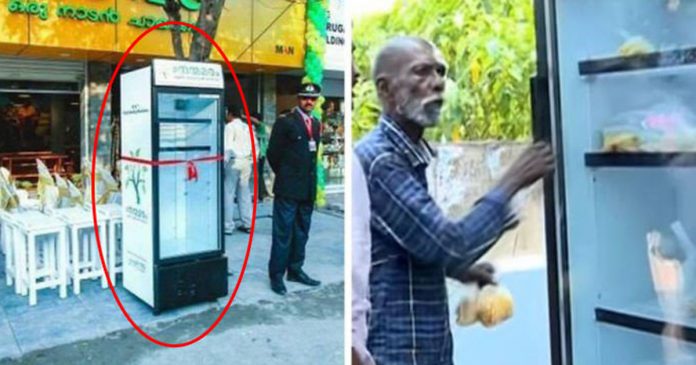 It was truly an eye-opening sight for Minu Pauline, a restaurant owner in Kochi, India when she saw a homeless woman scavenged for food from the garbage bin outside her restaurant one night.

That night, she realized that her restaurant left a substantial amount of leftover and threw it away while it could be given for free to the homeless.

“So many people are wasting so much food and someone is taking that food from the same trash,” Pauline told Viral Indian Diary.

The owner of Pappadavada then thought of a better way to make full use of the leftover food from her restaurant.

She later placed a refrigerator at the entrance of her restaurant and stored the leftover that anyone could take for free.

She even carefully put the date the food was cooked on every packet.

According to her, anyone is welcomed to take the leftover from the refrigerator; homeless, needy or anyone who is hungry. 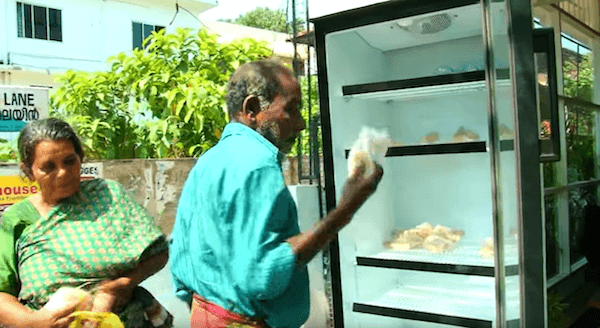 The refrigerator functions as a self-service machine where it operates 24 hours a day, 7 days a week.

Every day, she will put between 75 to 80 packets of leftovers in the refrigerator. 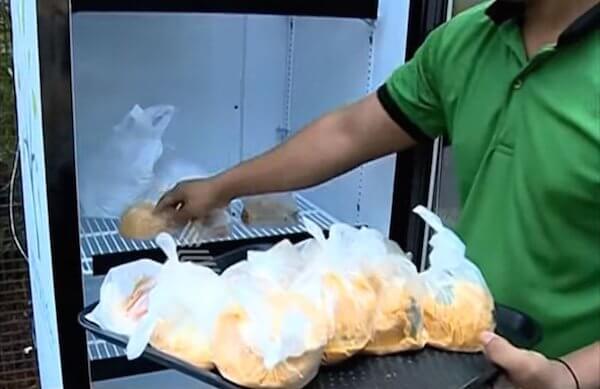 In an interview with the Huffington Post, Pauline explained that while money belongs to individuals, resources belong to the public.