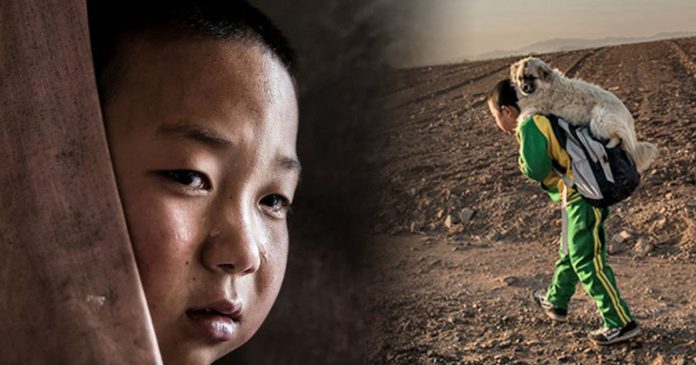 These kids are usually left in the care of relatives or family friends who choose to remain in the rural regions. These children are left largely to fend for themselves and take care of the household alone while their relatives usually only provide them with food during meal times.

An eight-year-old boy nicknamed, Niu Niu, is one of the millions of left-behind children in China. He is a second-year student at the Central Primary School of Dasanjia Township, Beipiao City, Liaoning Province. 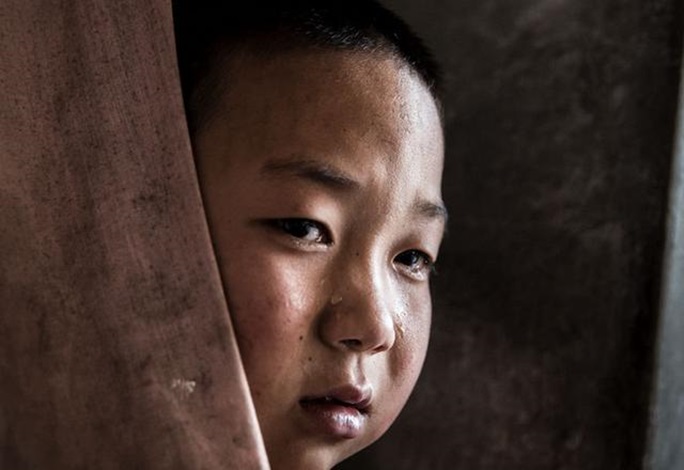 When he was three, his mother moved back in with her family because she suffered from epilepsy and his father has been working in the city and has not come back for years now. Niu Niu was left in the care of his grandparents, but recently his grandmother passed away, leaving his grandfather as the sole caretaker. 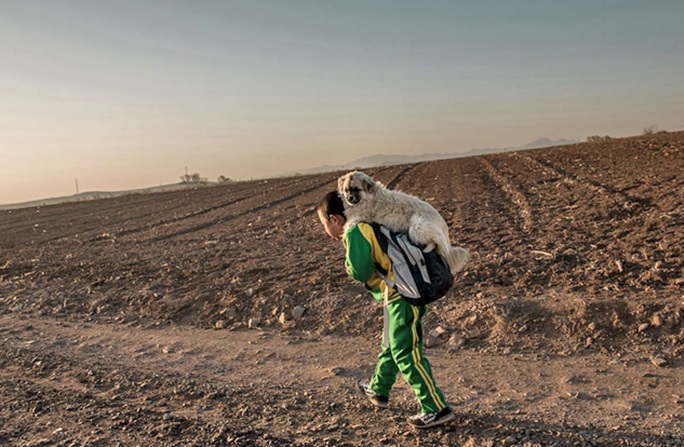 He would walk about 6 miles to school every day but does not travel alone because he’s accompanied by his furry best friend. Niu Niu could not leave his pregnant dog at home where there’d be no one to look after it so he decided to bring his pet to school with him. 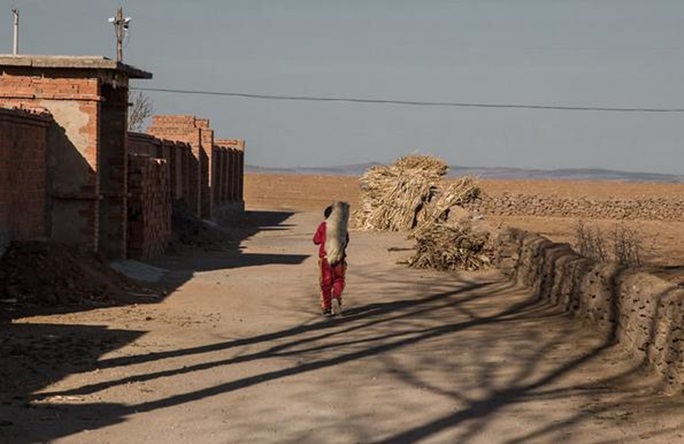 Niu Niu has become more reserved since his grandmother’s death and regularly weeps in the middle of the night at the thought of her being gone. His grandfather and his pooch will sit by him and comfort him until he falls asleep. 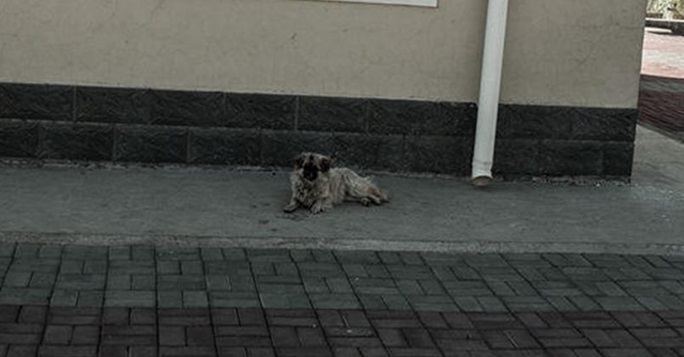 Niu Niu puts snacks that were given to him in front of his grandmother’s portrait as an offering but his grandfather urged him to keep the snacks for himself because that would be what her grandmother would want to see. 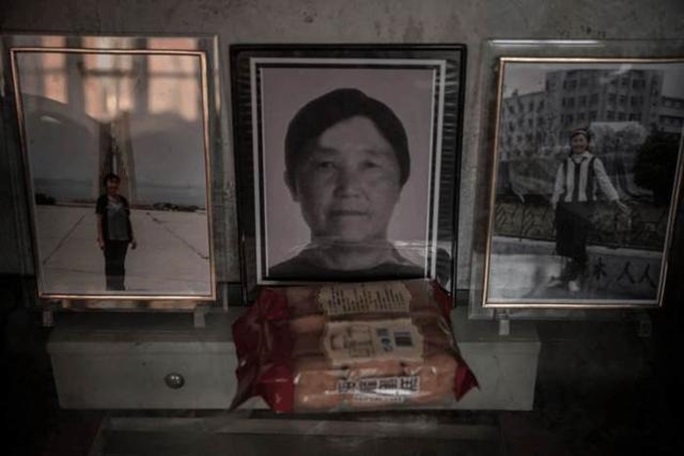 Niu Niu comes home from school to cold food which he eats graciously and then he does his chores. 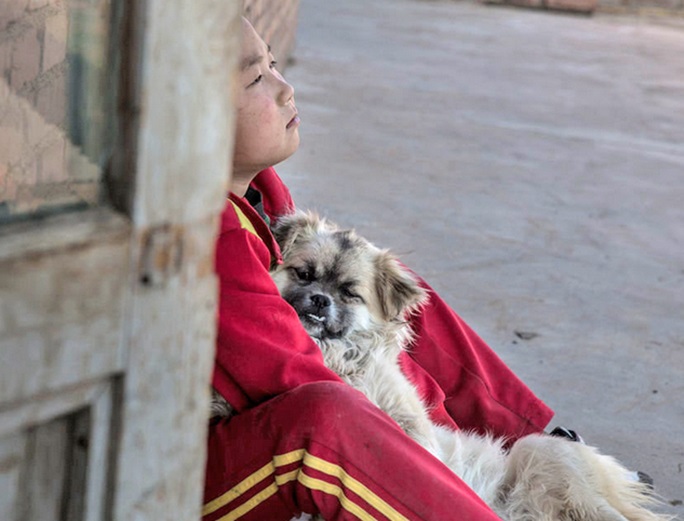 Since his grandfather amassed debt while paying off grandmother’s medication, he works extra hard doing odd jobs in order to pay off that debt and provide for his grandson. 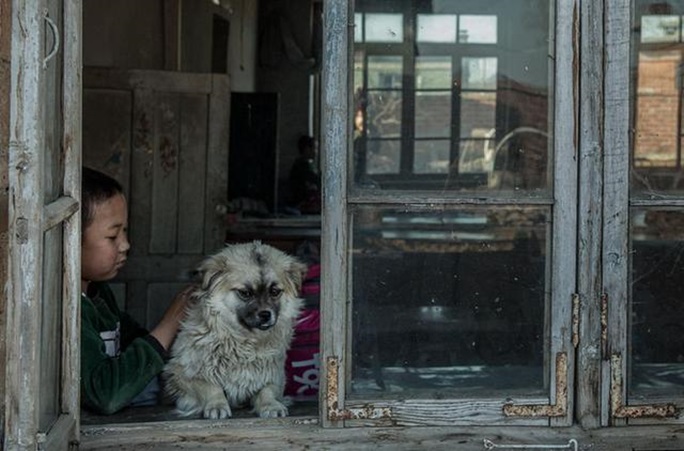 Niu Niu is a diligent student as he finishes off his homework in between doing his chores. 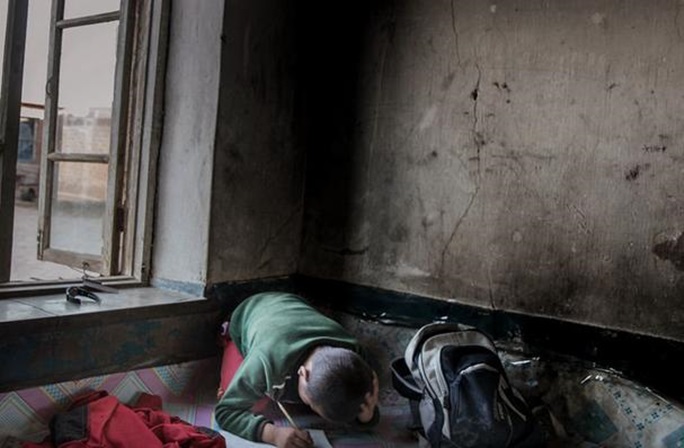 He passes his grandmother’s grave on his way to school and never fails to stop and pay his respects every day. 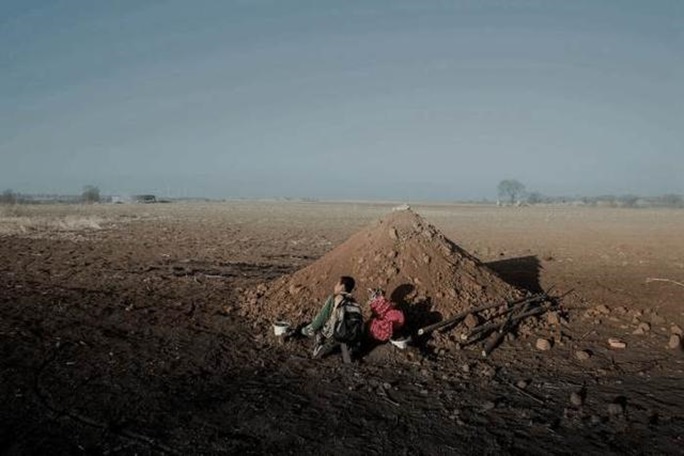 His only wish is for his parents to come home so he won’t have to be alone and his grandfather can rest in his old age. 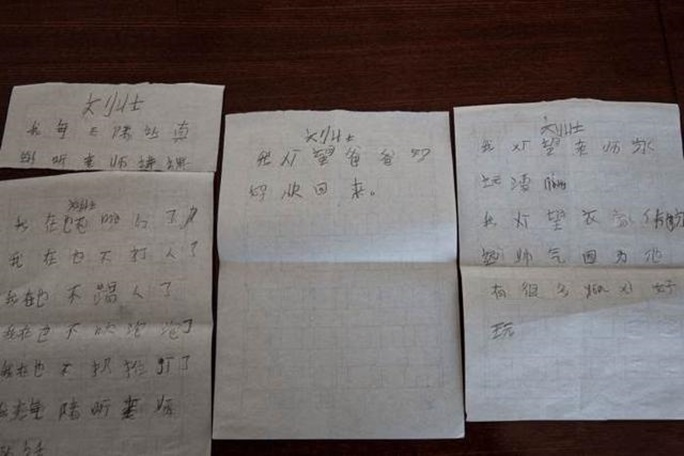