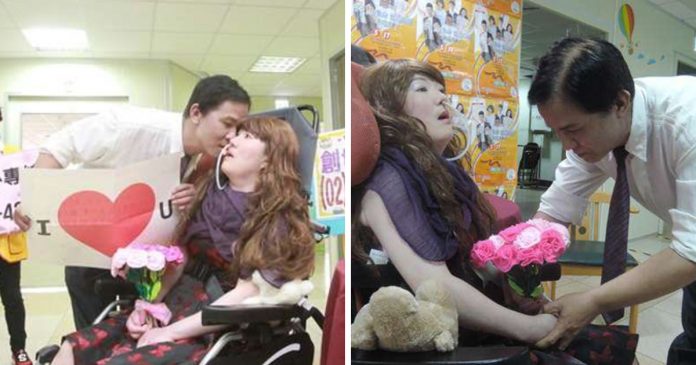 “I take thee to have and to hold from this day forward, for better or worse, for richer or poorer, in sickness and in health, to love and to cherish, until death do us part.” Such is the wedding vow said by millions of couples on the day they exchange rings but how many couples actually live their vows through?

Mr and Mrs Huang are certainly trying because they braved one hardship after another together. Mr Huang had a workplace accident three years ago which resulted in one of his fingers being cut off by a machine. This meant that Mr Huang had to stop his job because he was incapable of doing it anymore. Mrs Huang had to step in and become the sole breadwinner for the family.

She overworked herself and fell down due to physical and mental exhaustion. Mrs Huang was sent to the hospital and they found out that she was suffering from multiple brain lesions which caused a stroke thereby rendering her in a vegetative state.

The family’s financial situation became increasingly dire and they could not afford for Mrs Huang to stay in the hospital so she was brought back home. There she needed constant supervision and Mr Huang never left her side.

The family depended on the meager wage of their eldest son to survive. Things start to slowly turn around when Mr Huang finally found a stable job and income and Mrs Huang was transferred to a welfare home to be taken care of.

The couple’s 25th marriage anniversary was coming up, Mr Huang decided they should celebrate the occasion nonetheless. He expressed his regret that they did not properly celebrate when they had the chance. 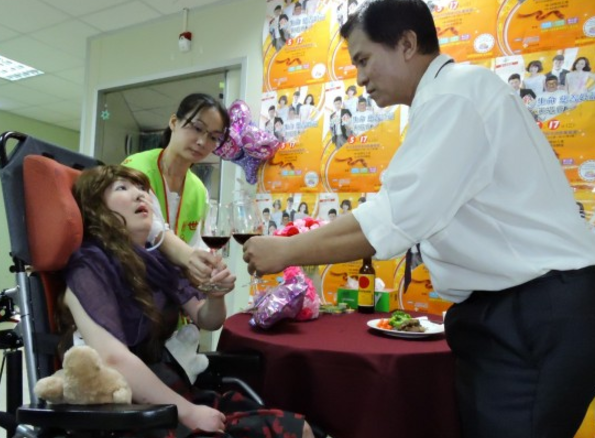 After hearing their tragic story, Ai Ni Cosmetics decided to help make this celebration special. They took a team of beauticians to see Mrs Huang and gave her a makeover so she’ll look gorgeous. 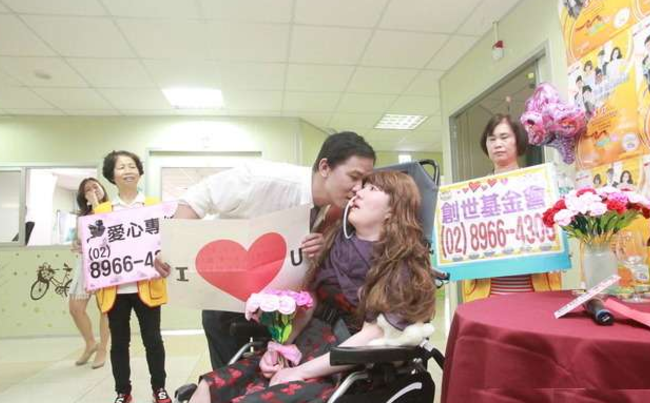 Other than that, the chairwoman of the cosmetics company also made a generous donation of $59,400 to fund research in helping to find a cure for people in vegetative states. 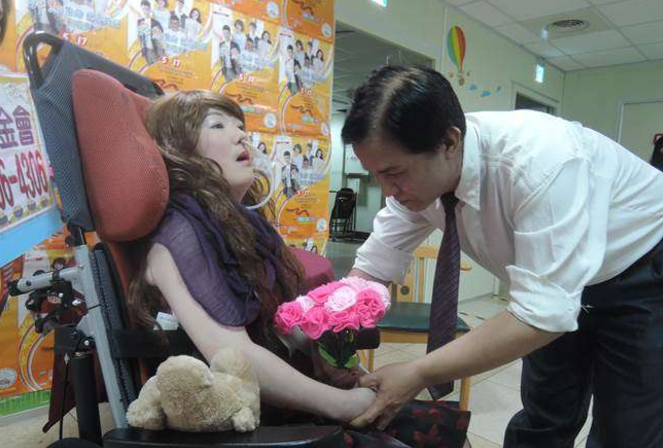 55-year-old Dad Looks Half His Age He was Often Mistaken as...

This adorable young boy is warming the hearts of netizens after...