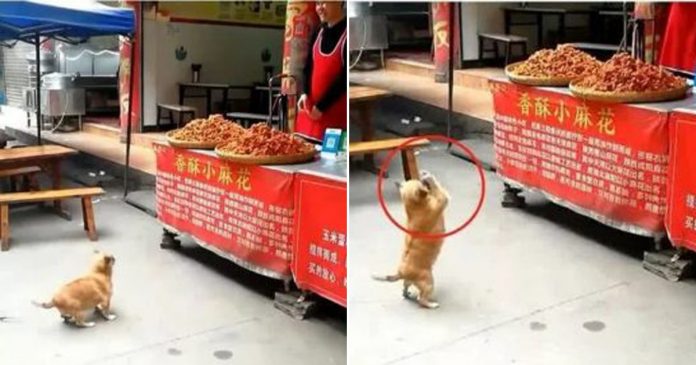 It is not uncommon to see stray animals on the streets begging for some food and this cute puppy just knows what it needs to do to get some food.

While some of these stray animals choose to wait in the corner for some kind strangers to offer them food, some prefer to ask for it themselves, just like this cute stray puppy.

This puppy may have smelled the delicious snacks that he chose to go to the stall all by himself.

“After all, there is no harm in trying, right?” 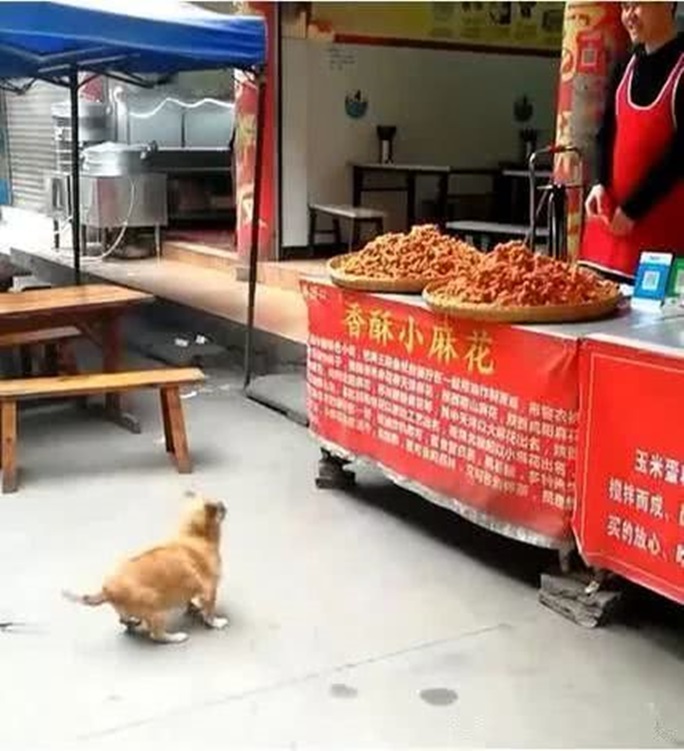 As soon as he arrived in front of the snack stall, there was a glimmer of hope in his adorable puppy eyes, telling him that there could be a chance for the owner to give him some of the tasty snacks to him.

There were two huge piles of snacks on the table. Of course, the owner was kind enough to give him some of it.

However, the puppy seemed to notice that the owner was quite busy tending to his customers.

“Will there be any chance for her to notice my presence here?”

Not wanting to waste any seconds longer, the puppy then decided to do what it took to grab the owner’s attention. He later carefully tried to stand on his tiny feet and raised his paws.

With all his might, he then waved both of his paws continuously.

“I’ve seen some cats do this and it worked! I will do the same!” 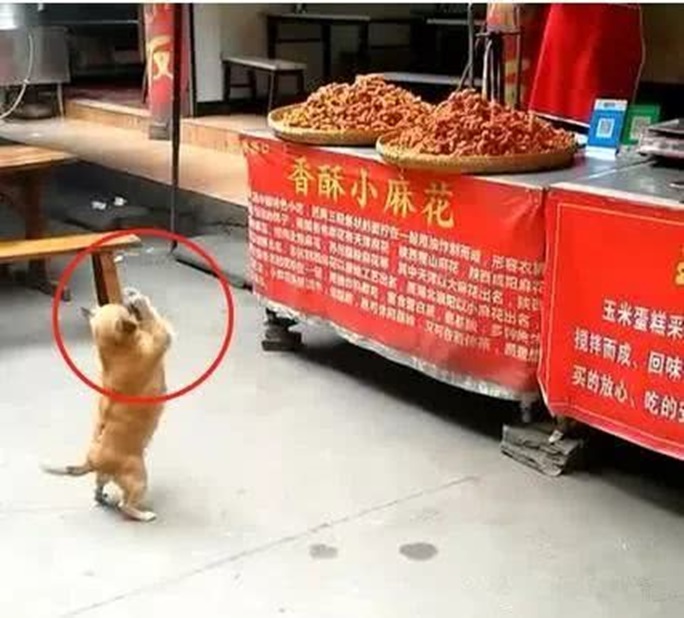 Luckily, the owner noticed his adorable waving and understood what he asked for.

The owner later grabbed some of the snacks and gave it to the puppy. 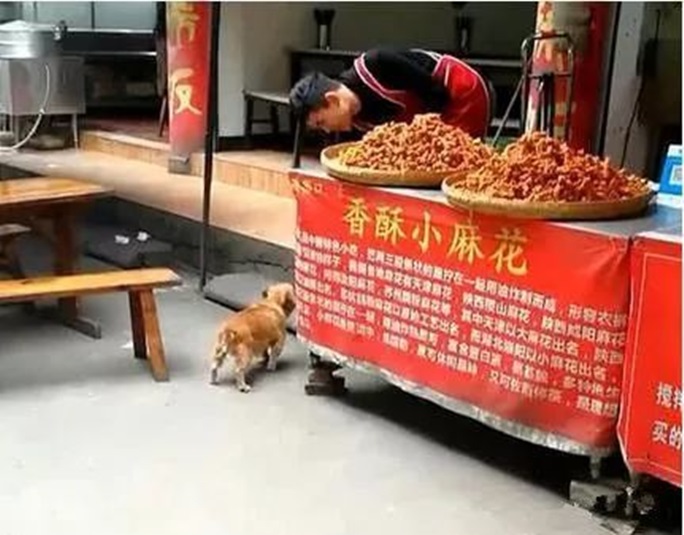 What a smart little puppy! We are sure he will never go hungry again if he uses this smart and adorable tactic!