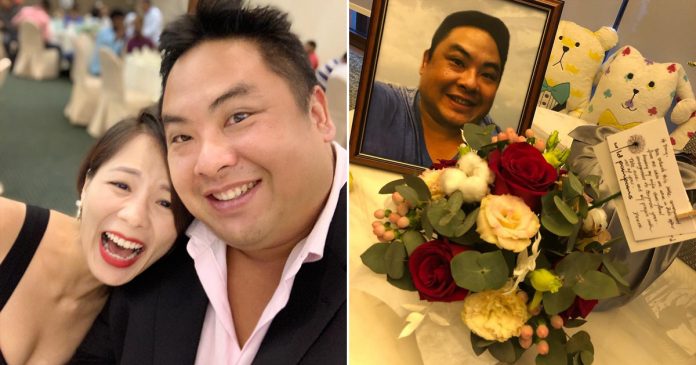 Ben Goi from Singapore had been happily married to Malaysian-born former actress, Tracy Lee since 2017. The couple was later blessed with an adorable son last year.

Sadly, he will never get to see his toddler son grows up. The son of Singapore’s Popiah King, Sam Goi, passed away recently on February 3 after suffering from a stroke.

Little did Tracy know that her late husband had planned a perfect Valentine’s Day celebration for her this year.

In an Instagram post that has gone viral on social media, it was revealed that Ben has pre-ordered a bouquet of flowers for his beloved wife before he passed away.

Tracy who did not have any plans to celebrate Valentine’s Day this year after Ben’s passing was surprised by the unexpected bouquet of flowers. 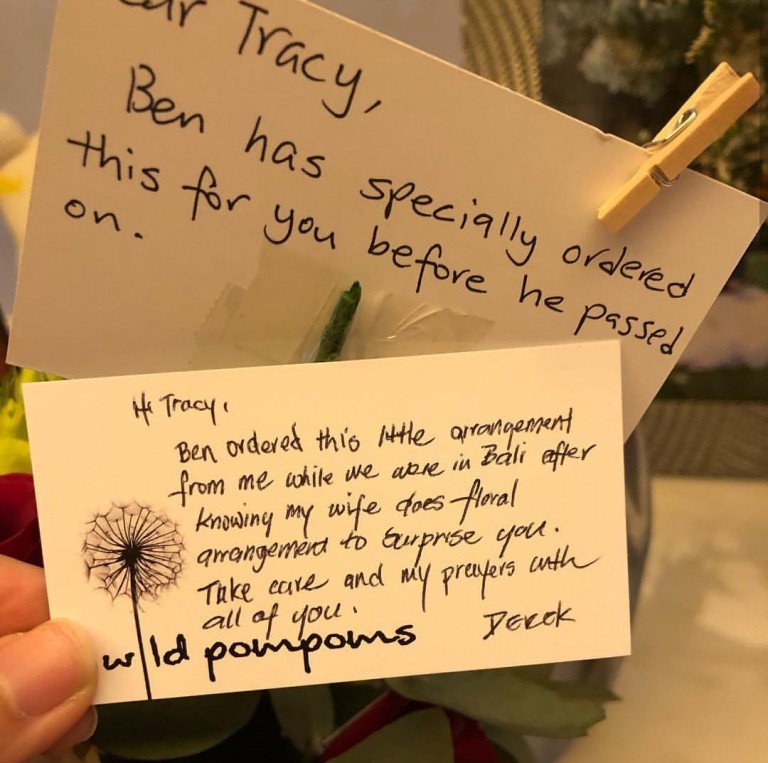 “Hi Tracy, Ben ordered this little arrangement from me while we were in Bali after knowing my wife does floral arrangements to surprise you,” the card writes.

“Ben has specially ordered this for you before he passed on. Take care and my prayers are with all of you.”

“Thank you, my husband, for giving me love and comfort. Although I usually don’t ask for surprises, you always know the right ways to make me happy.”

“You always take care of me even if you didn’t need to. I could always be myself and laugh loudly whenever I’m with you. That’s how I knew I had found the one I wanted to marry.”

“There are so many things I want to tell you but it’s already too late. Thank you. I love you, my husband.”

43-year-old Ben had gone to Kuala Lumpur about a week earlier with his family to visit his wife’s family for Chinese New Year. The night before, he made a video call to his family members in Singapore.

However, he later suffered from severe headache and was later taken to the hospital. Unfortunately, he passed away at 4 am the following morning.

Ben may have left the world for good but we believe that his love for Tracy and his family members will last forever.

Big-hearted bikers trek 2,000 miles to return remains of a fallen...